Sarajevo War Tunnel – How to Visit on a Day Trip 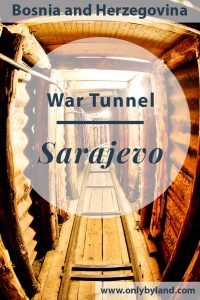 Sarajevo is where the longest siege in recent history happened, with this in mind the tunnel could be the reason why.  Reasons to visit the Sarajevo war tunnel include;

I was staying at Hotel Logavina 8 in Sarajevo old town.  From the old town I could reach the Sarajevo War Tunnel by taking a single tram.

It’s important to know who was fighting during the siege of Sarajevo.  As with Mostar, there were 2 sieges, the first being the smaller one involving the former Yugoslav army.  A major difference with Sarajevo is that it was Serbs fighting against Bosniaks, whereas Mostar was Croats and Bosniaks.  When Bosnia and Herzegovina declared independence the eastern side which bordered Serbia became the Serb Republic.  Of course they wanted to be an independent state and of course they were backed by the Serbs in Belgrade.  As a result was the Siege of Sarajevo.  In addition, the Siege of Sarajevo became the longest siege on a single city in modern history, longer than any throughout World War II. 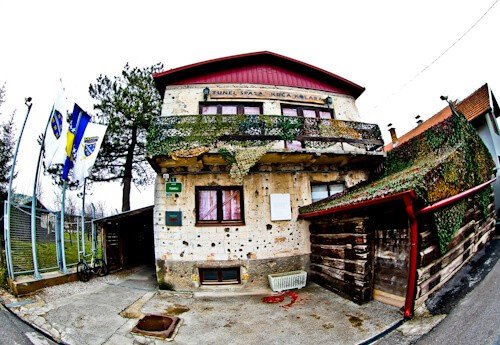 During the Siege of Sarajevo, it was Serbs fighting against Bosniaks.  More specifically, Serbs from the Serb Republic area of newly formed Bosnia and Herzegovina.  Essentially, the Bosniaks living in the center of Sarajevo were cut off from food and could not defend themselves, not to mention flee the city.  The tunnels connected the Bosniaks in the center to the Bosniaks on the outskirts of the city under the airport which was controlled by the United Nations.  Why was this location chosen for the Sarajevo war tunnels?  It was chosen as it was a residential house at the time, the perfect cover.  Furthermore, it was defended by the Bosnian army throughout the war. 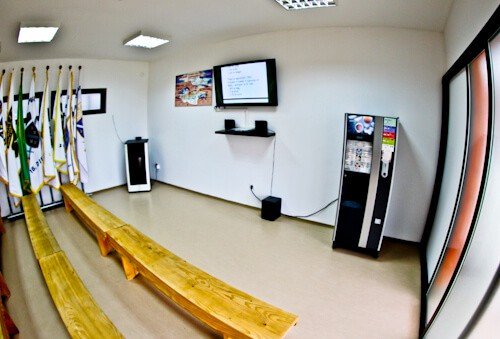 Before you descend into the war tunnel, you’re invited to watch a movie about the Siege of Sarajevo.  This movie not only includes footage of Sarajevo under attack but also about the construction of the tunnel.  This movie also explains why the location was chosen as well as how it was made with such a low budget.  An interesting fact is that soldiers digging the tunnel were paid with a packet of cigarettes per day. 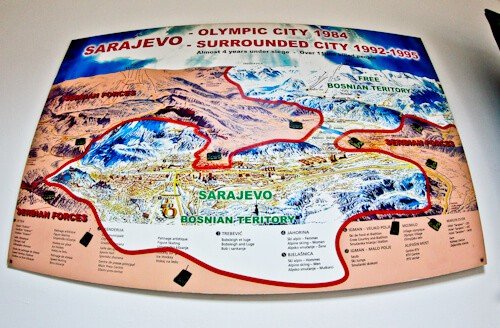 A striking map of Sarajevo is on view in the movie theater.  Titled ‘Sarajevo – Olympic City 1984, Surrounded City 1992 – 1995’, emphasizes the rollercoaster ride the city experienced during this period.  In addition, it shows the territories and how the Sarajevo war tunnel connected the Bosniak community. 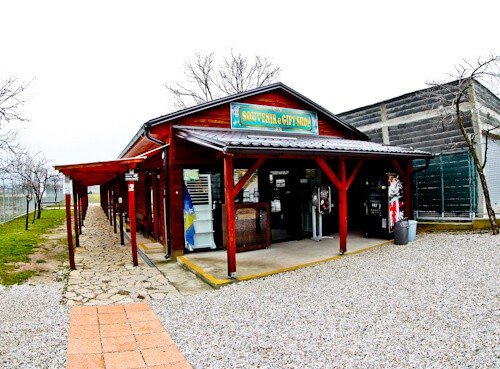 Why people want to buy souvenirs of their visit to the Sarajevo War Tunnel, I don’t know.  However, there is a gift store where you can buy souvenirs from the Siege of Sarajevo.  In addition there are some interesting war photographs on sale.  I was visiting when it was cold therefore I was able to warm up a little in the gift store.  Imagine suffering these cold conditions as well as being at war with little food. 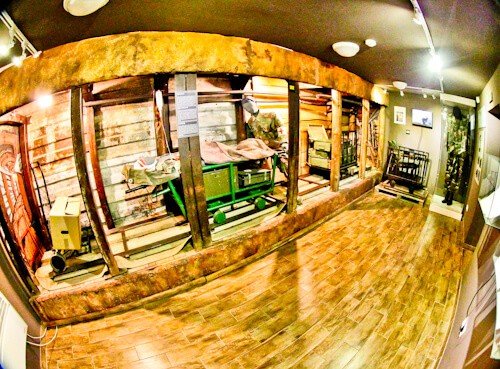 The tunnel museum consists of a couple of rooms and the entrance to the tunnel.  On display are the carts which would transport goods through the tunnels.  In addition you can view the bags which were used to store goods.  An interesting fact is that due to low oxygen levels in the tunnel, those passing through had to wear masks.  Of course you will only pass through a small section of the tunnel therefore don’t require a mask! 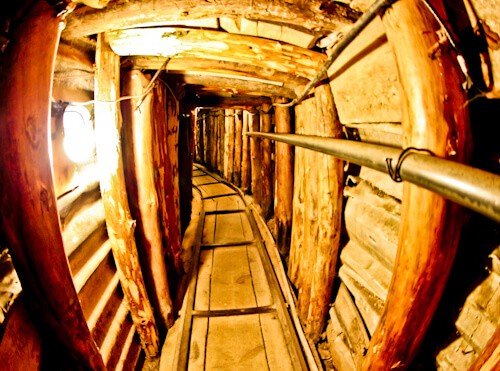 The tunnel served many purposes, essentially it was supplying the Bosniak soldiers with a means to defend themselves.  Additionally, it was used to aid innocent civilians to flee Sarajevo as well as enable soldiers to enter.  Another major use of the tunnel was to supply both soldiers and civilians with food, fuel and weapons.  The most significant person to use the tunnel was former Bosnian president, Alija Izetbegovic. 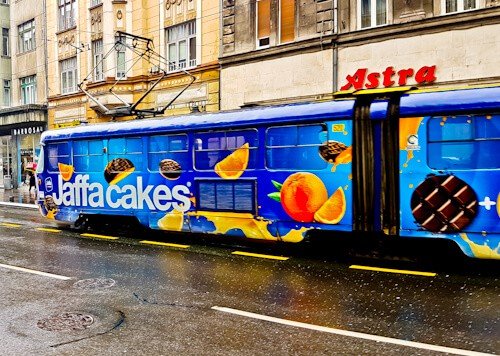 From Sarajevo old town take Tram #3 to the last stop, Ilidza station.  Opposite the final tram stop is Ilidza bus station where the regular bus #32A leaves to Donji Kotorac Okretnica.  Furthermore, you could consider walking directly to the tunnels from the tram stop, it’s a 30-40 minute walk.

What to see in Mostar and day trips from Mostar.