Seattle is one of Americas biggest and most photogenic cities.  Here are a few things to do in Seattle and Seattle hotels: 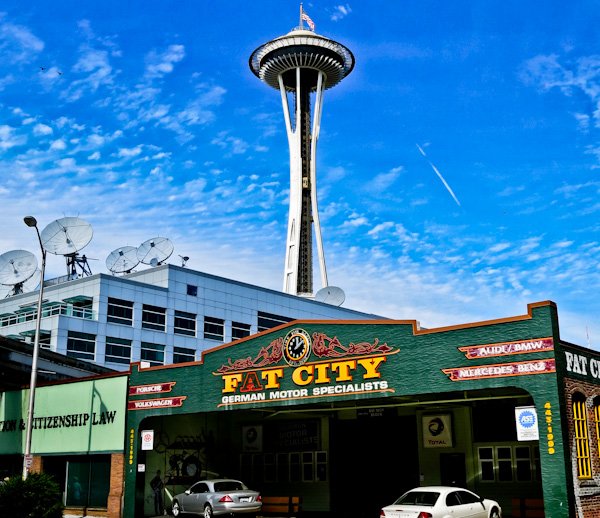 The Space Needle is the most famous of the Seattle landmarks.  Photographers will love capturing this monument from hundreds of different vantage points around the city.  Why not ascend the Space Needle for panoramic views for miles around? 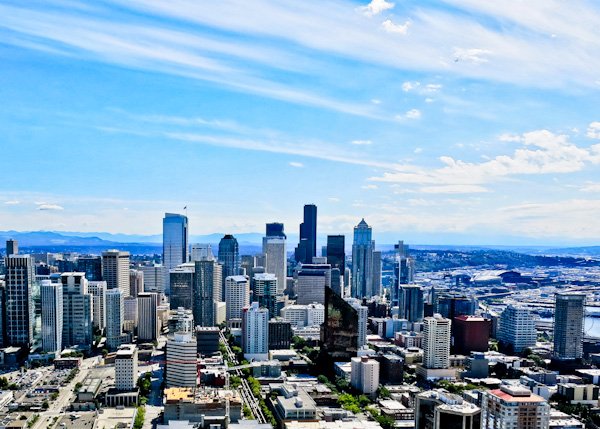 For all first time visitors to Seattle a trip up the Space Needle is a must.  Not only do you get a great view of the city skyline but on a clear day you can see the surrounding mountains and volcanoes.  As a matter of fact, it’s possible to see Mount Rainier, Mount Saint Helens as well as the Olympic National Park mountain range.  You can even see as far as Vancouver Island in Canada on a non hazy day. 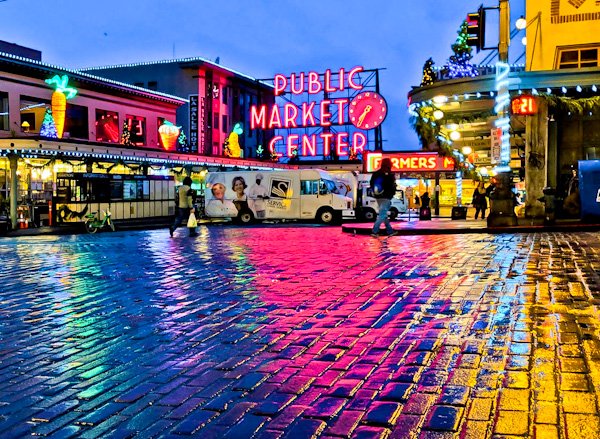 Pike Place Market became world famous from the popular movie, Sleepless in Seattle.  What’s more, foodies will love exploring the hundreds of street food options throughout the market.  It’s also a popular farmer’s market as well as craft market with many international sellers.  Lastly, for photographers, with 20,000 to 40,000 visitors daily, there’s no shortage of people photography options. 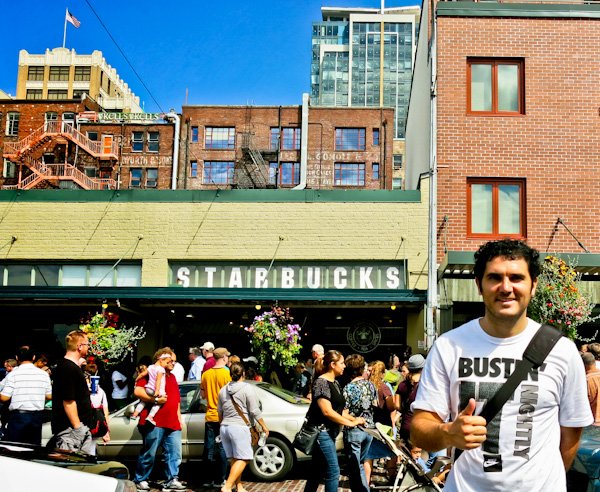 If I haven’t convinced you to visit Pike Place Market yet then consider it’s home to the world’s first Starbucks.  Pike Place Starbucks first opened its doors in 1971.  A word of warning though, the queue to get a coffee at this iconic location can be very long! 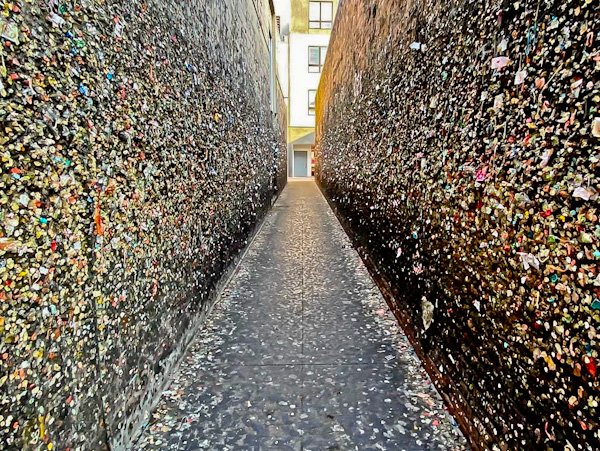 The Market Theater Gum Wall is perhaps one of the most famous Instagram spots in Seattle.  It’s an alley which has walls covered in used bubblegum.  I’m sure there is someone nearby making a fortune from selling bubblegum!  Here is the exact location under Pike Place Market. 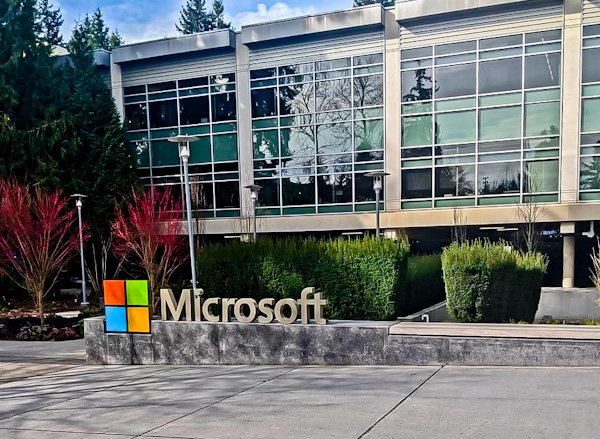 Has anyone every used a Microsoft product or heard of Bill Gates?  Washington state is of course the home of Microsoft and also the Microsoft Visitor Center.  You can find out about all things Microsoft at the visitor center in Redmond.  If you’re hiring a car in Seattle it’s a short drive east of Seattle.  Alternatively, it’s a 45 minute train journey directly to Redmond. 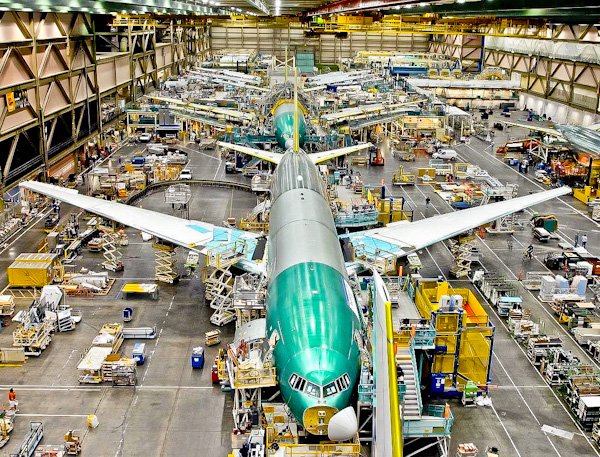 It’s highly likely that you’ve flown on a Boeing aircraft before.  As a matter of fact, you may have even flown into Seattle on one!  Did you know the home of Boeing is in Seattle?  well, 25 miles north of Seattle in Mukilteo to be exact.  You can visit the Future of Flight Aviation Center and see these huge aircraft on the production line.  A must for any plane enthusiast. 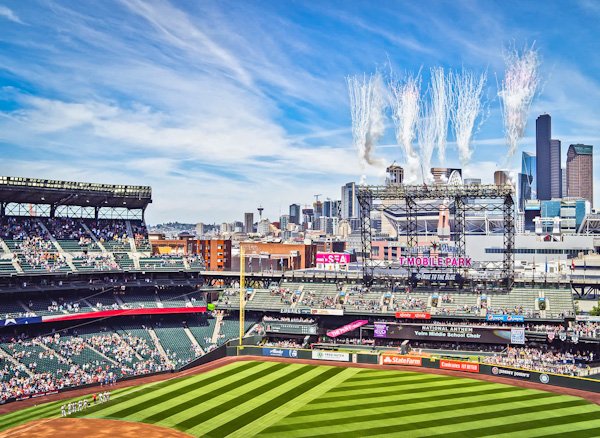 T-Mobile Park is a huge 47,929 seat stadium which is home to the Seattle Mariners baseball team.  If the modern stadium itself doesn’t impress you then maybe the panoramic views of Seattle will.  Check if there’s a game on when you’re in town. 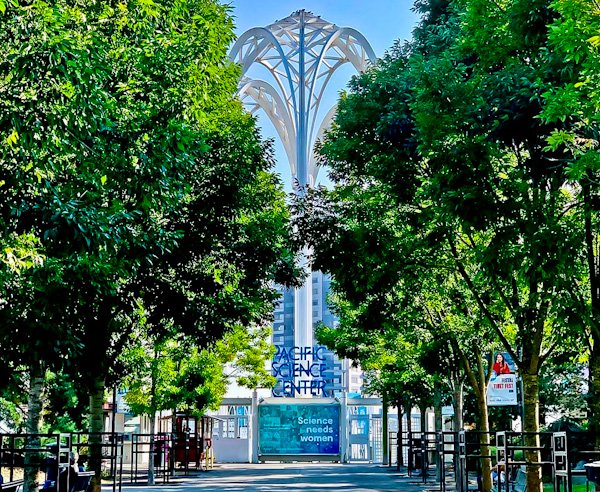 The Instagram worthy Pacific Science Center is adjacent to the Space Needle therefore you may wish to combine a visit.  Even if you don’t go inside, it’s worth exploring the picturesque Seattle Center exterior and gardens.  Some nights they play movies on the huge screens for people to sit in the park and watch. 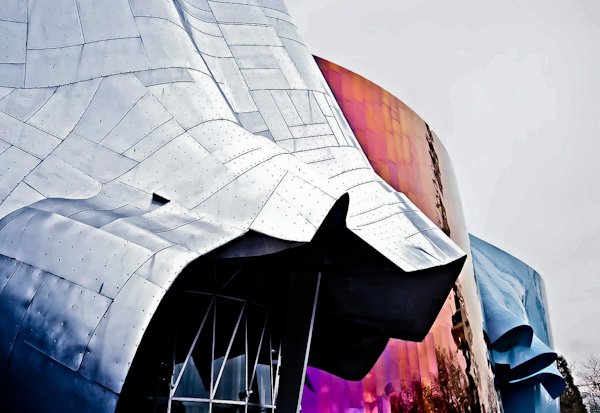 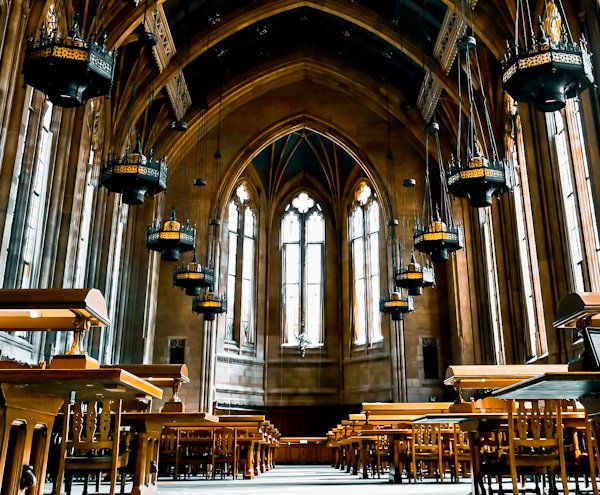 Suzzallo and Allen Libraries are incredibly Instagram worthy locations at the University of Washington in Seattle.  I felt like I was in somewhere like the Sainte-Chapelle in Paris more than downtown Seattle! 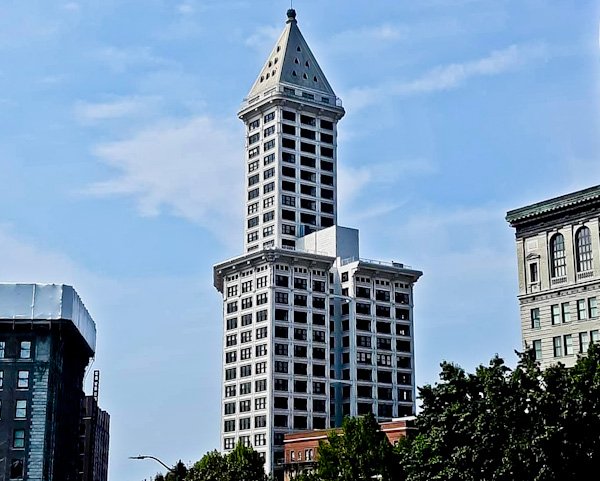 Smith Tower at 148 meters tall was once the tallest building west of the Mississippi.  Built in 1914, today it’s dwarfed by several other skyscrapers in the city.  Nonetheless, Smith Tower is still an iconic part of the Seattle skyline.  Visit the Smith Tower observation deck for an alternative view of the Seattle landmarks. 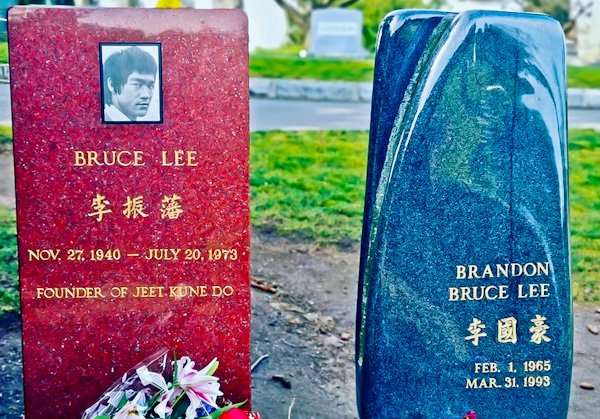 Bruce Lee is arguably the most famous martial arts actor the world has ever seen.  Did you know his grave is in Seattle?  Adjacent to the grave of Bruce Lee is his son, Brandon Lee who also died well before his time.  Here is the exact location. 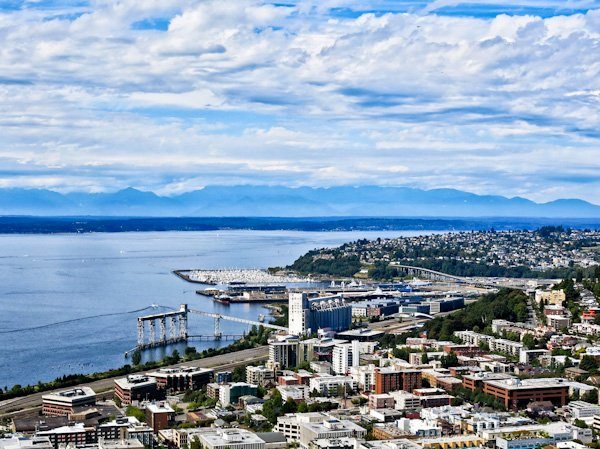 Hire a car in Seattle and drive to many surrounding wonders.  Mount Rainier, Olympic National Park and Vancouver are all within driving distance.

How to Travel from Seattle to Vancouver by Land 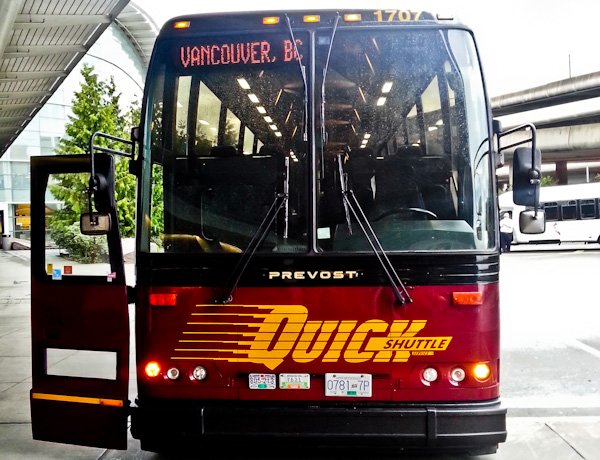 From Seattle I headed north to Vancouver, BC, Canada.  For Americans to enter Canada it’s very easy, but for Europeans you require an ESTA.  You must complete the ESTA online and pay a small fee before entering the country.  Other countries may require a visa therefore check online before going.  I took the Quick Shuttle bus which was very comfortable with a cost was $58.50 one way.  Journey time from Seattle to Vancouver is around 4 hours which includes the border crossings.