If you want to would like to stay as close as possible to Seljalandsfoss then I recommend the only hotel at Seljaland.  Alternatively you can go camping at the adjacent campsite. 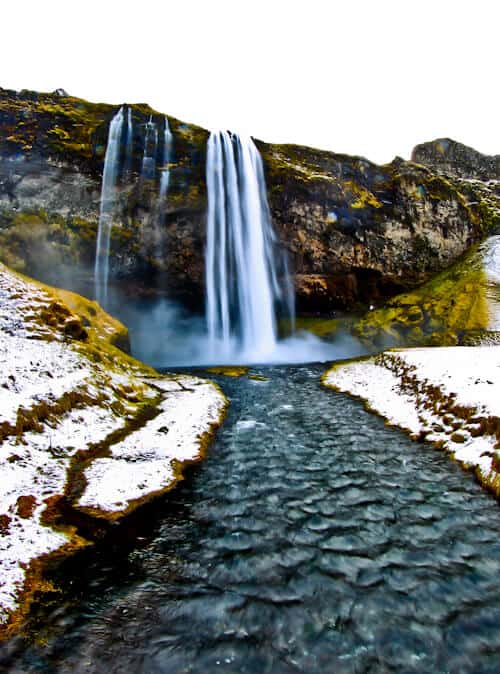 Seljalandsfoss Falls drop 60 meters and you can see them from as far away as the Route 1 ring road.  In addition, they fall from picturesque table top mountains.  It’s a 200 meter walk from the car park to the falls with grass either side (or snow on the day I visited).  As you head to the viewing platform on this path you’ll have plenty of photo opportunities.  One shot which stood out as particularly beautiful was with the river as a leading line up to the waterfall.  Finally, I expect sunrise, sunset and Northern Lights photography to be fantastic here. 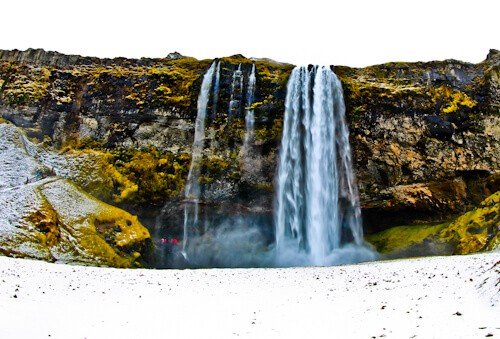 Maybe you have seen pictures of people stood underneath waterfalls in Iceland?  It’s highly likely that they took the photo here at Seljalandsfoss.  In fact, there’s a path that circles around the back of the falls.  Be aware that taking the path around the back of the walls, you’ll get wet as there’s a lot of spray.  If you want that magical shot underneath waterfalls in Iceland then Seljalandsfoss is the place to make it!  Most importantly, take some kind of camera cover as well as camera wipes. 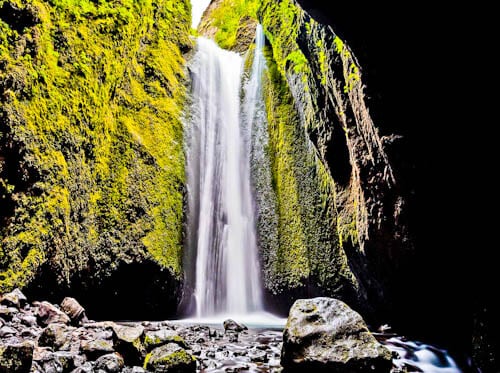 Most people drive to Seljalandsfoss, take their pictures and leave, but around the corner is the hidden Gljufrafoss waterfall.  In fact, it’s a very short hike from Seljalandsfoss.  Although Gljufrafoss is smaller than Seljalandsfoss, it’s still a mighty 40 meter drop and it’s in between cliffs, as a result it’s an exciting Iceland Instagram spot.

To get to Gljúfrafoss, walk to the left of Seljalandsfoss falls and follow the footpath.  Here is the exact Gljufrafoss location.

Are there any Justin Bieber fans reading? Beliebers?  Justin Bieber made a music video at Seljalandsfoss.  Even if you don’t like Justin Bieber I would recommend watching the video before going as it shows some good angles to view the falls from. 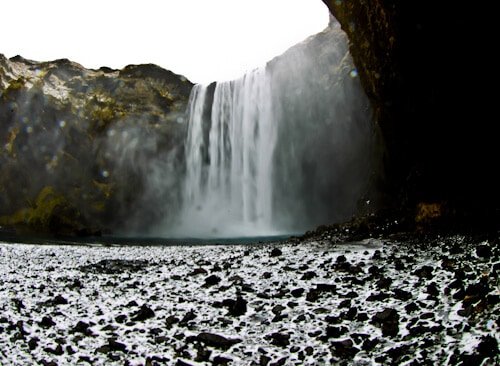 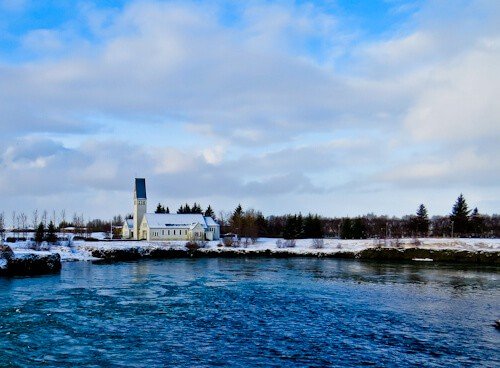 The route from Seljalandsfoss to Gullfoss does not go through Selfoss but it’s worth making the short detour.  Selfoss is a decent sized town and you’ll find fast food restaurants such as KFC and Dominoes, Icelandic restaurants, hotels as well as gas stations and picturesque landmarks. 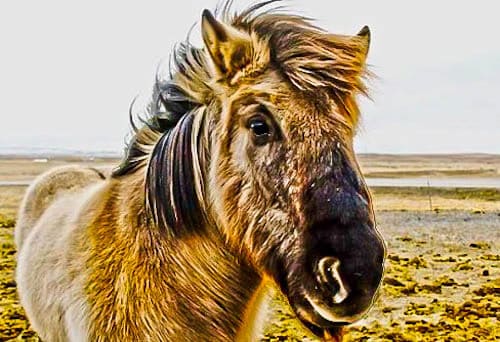 How to get from Seljalandsfoss to Gullfoss

The journey from Seljalandsfoss to Gullfoss waterfall takes around 90 minutes.  It will take a little longer if you stop to photograph any Icelandic horses on route.  In addition, it’s worth taking a detour to Selfoss to eat if nothing else.  Enjoy this beautiful Icelandic road trip!