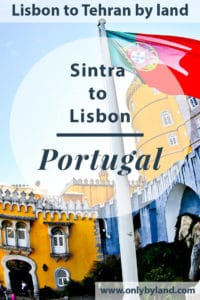 What to see and photograph in Sintra and Cabo da Roca

Sintra is a small town a train ride away from Lisbon.  You will see some amazing castles and palaces in Sintra;

Sintra is so close to Lisbon that you can see Pena Palace from Lisbon.  I stayed in 1908 Lisboa hotel in Lisbon and visited Sintra on a day trip. 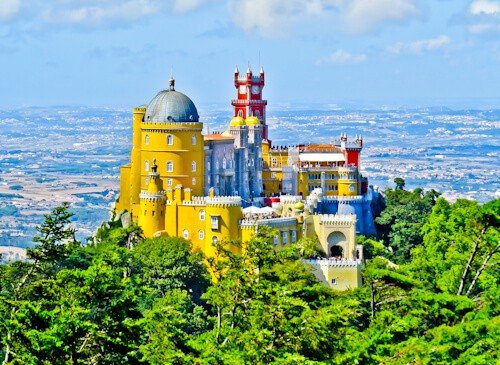 When you enter the Pena Palace gardens you have 2 choices of ticket.  The first is only for the gardens but you can also walk around the palace.  The second more expensive ticket includes access to the interior of the palace as well.

Castle of the Moors 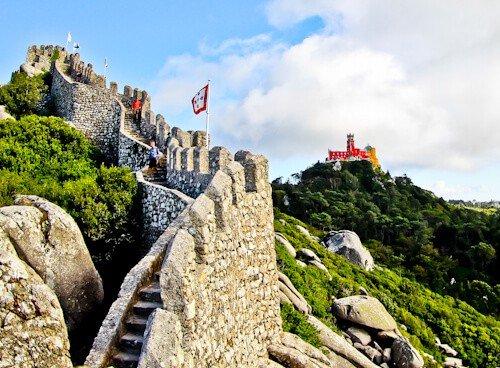 From the Castle of the Moors there is a marked path which takes you to downtown Sintra.  You could walk up to the Castle but with the heat in Portugal you’ll become very sweaty.  I’d recommend taking the local bus or tuk tuk to the top and walking down.  You can haggle with the tuk tuk drivers.  The best time to haggle with them is when they are not at their base. 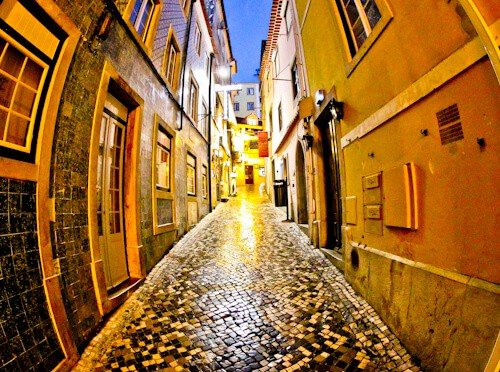 The cultural landscape of Sintra is a UNESCO world heritage site.  This includes the whole town of Sintra.  Sintra is a small town which can be very crowded.  It’s best not to visit on weekends when it feels like everyone from Lisbon is there.  In the town you’ll find restaurants, bars, hotels, cobbled streets and the main train station.  The train station connects Sintra to Lisbon.  Local buses leave from outside the train station.  The local buses go to sites includings Pena Palace, Monserrate Palace and Cabo Da Roca.  An easier way to see the sites would be the Sintra Hop on Hop off bus service. 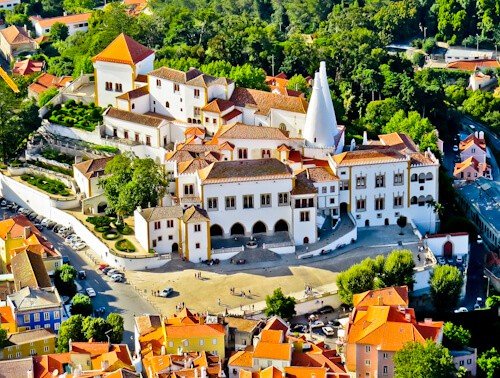 Sintra Palace is located in the center of Sintra.  The history of the palace dates back to the 8th century.  It has an architectural mix of Moorish, Gothic and Renaissance.  In later years it was the residence of Portuguese royalty.  Today the palace is a museum.

The best place to photograph Sintra Palace is from the Castle of the Moors.  You’ll need a camera with good zoom to take this shot.  A good alternative location to take a shot would be from directly opposite on the Volta Duche. 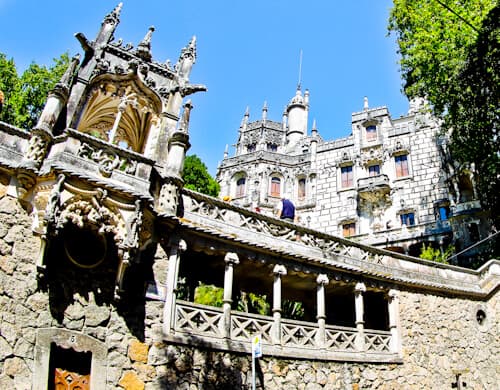 Quinta da Regaleira is a short walk from Sintra town.  It is part of the UNESCO world heritage cultural landscape of Sintra.  The palace was originally owned by Viscountess of Regaleira which is how it got its name.  It wasn’t until 1892 when it was bought by Carvalho Monteiro that it started to look how it does today.  At the start of the 20th century with the help of an Italian architect, extensive building was done on the grounds.  The architectural styles you will see are Renaissance, Roman and Gothic.

Monserrate Palace is part of the UNESCO world heritage cultural landscape of Sintra.  It’s possible to walk to the Palace from Sintra town.  The problem with walking is that you walk on a country road which is not really safe.  I would recommend taking a bus or taxi to Monserrate Palace.  The palace is the quietest of the sites of Sintra which makes it perfect for taking Instagram shots.  It is grand, pink and of Gothic architectural style. 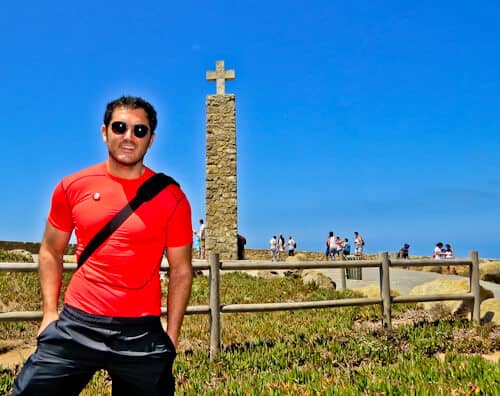 Cabo da Roca is the westernmost point of continental Europe.  There is a marker and cross on the cape.  You’ll find a couple of restaurants and souvenir stores.  The most notable building on the cape is the lighthouse.  The lighthouse is known in Portuguese as the Farol do Cabo da Roca.

How to get from Lisbon to Sintra and vice versa

The train leaves Lisbon Rossio station and arrives at Sintra train station.  To get back to Lisbon you take any Lisbon train which leave every 30 minutes.  A return ticket between Lisbon and Sintra will cost you less than €5.  From outside Sintra train station there are regular buses to Cabo Da Roca.

Lisbon to Porto by train