How to Get to Slave Island – Gambia 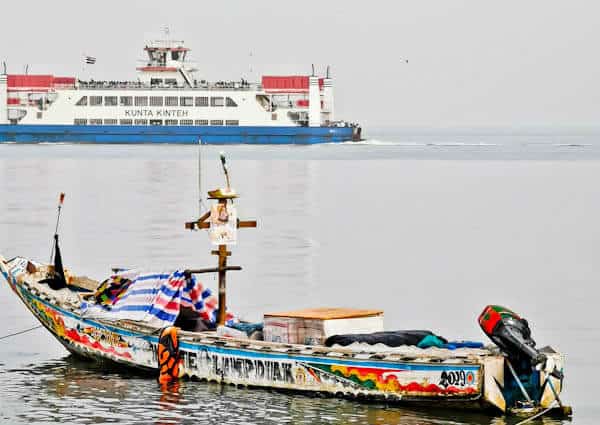 Firstly, before I talk about Slave Island it’s important that you know how to get there.  The easiest way would be to ask in your hotel, alternatively search Google for ‘Roots tours in the Gambia’.  However, these tours do not run everyday and can run into the hundreds of euros.  Here’s how to visit Slave Island in the Gambia independently.  My transport from Banjul to Slave Island cost 1700 dalasi which is around 30 euros and here is how I did it.

Take the early morning ferry from Banjul to Barra which costs a few cents.  Once you arrive in Barra there will be many taxis which offer to take you to Slave Island port and back.  Bargain them to 1500 dalasi return trip which includes waiting time.  If I remember correctly, you must pay an additional 200 dalasi for the return boat trip as well as 200 dalasi for the Slave Museum entrance fee. 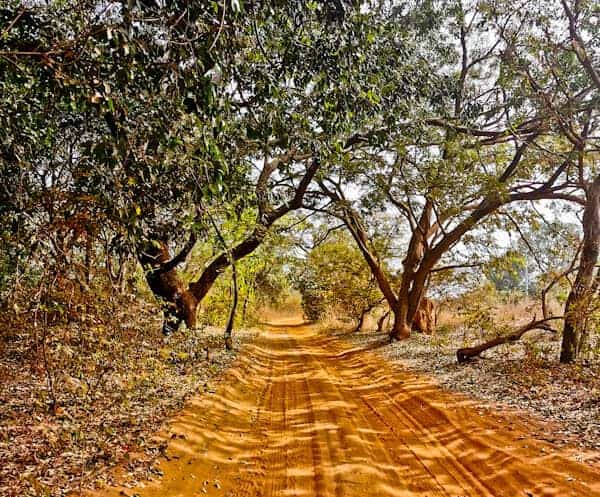 The journey from Barra to Slave Island port takes around an hour.  Parts of the route are on unpaved roads so be prepared for a bumpy ride.  Something else which you must prepare for are young children running after your vehicle.  At first you may think; who are these kids and why are they running after my vehicle?  They’re in fact hoping that you throw them some sweets out.  For this reason, stock up on wrapped sweets to throw to them when you pass.  It will make their day! 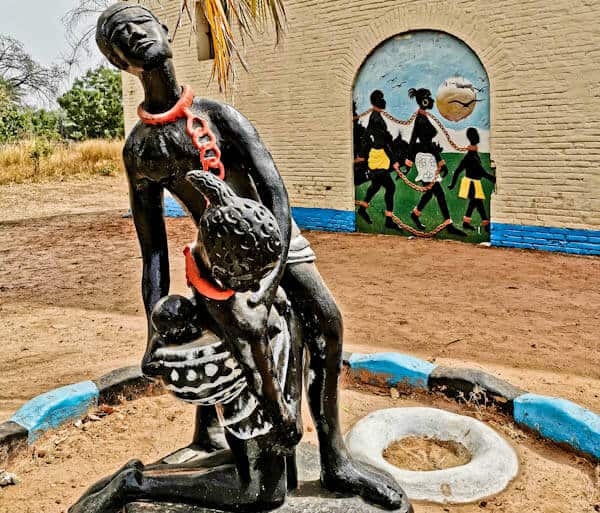 Your driver will take you through unpaved roads until you arrive at slave island port.  Here you’ll find the Slave Museum and also boats to the Island.  Your museum ticket also includes admission to Kunta Kinteh island ruins.  Firstly, before you enter the museum, it’s clear this is a colonial era building.  Of course, this was a British trading post for years. 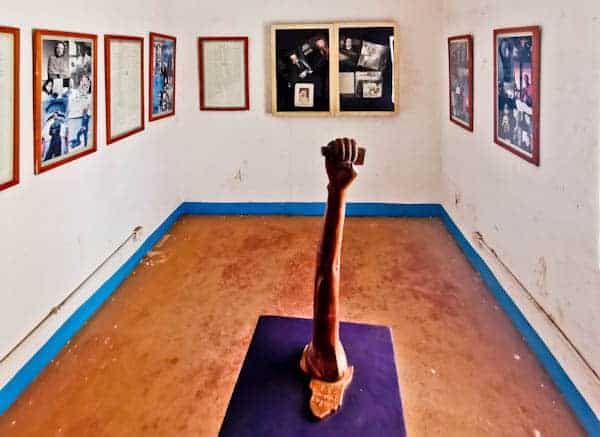 The Slave Museum explains the slave trade from the African perspective.  Portuguese started the trade in the 15th century by kidnapping locals from the banks of the River Gambia.  They would then take these to the island, process them and ship them back to Europe.  As locals became aware of the kidnappings they would stay away from the river banks.  Eventually, the Portuguese started to trade goods for slaves.  This process evolved over the years and slaves would be taken not only to Europe but also to the Americas.  In addition to this, several other European countries followed Portugal into the slave trade.  Although the Portuguese established this slave island it was the British who had the most significant part of its history. 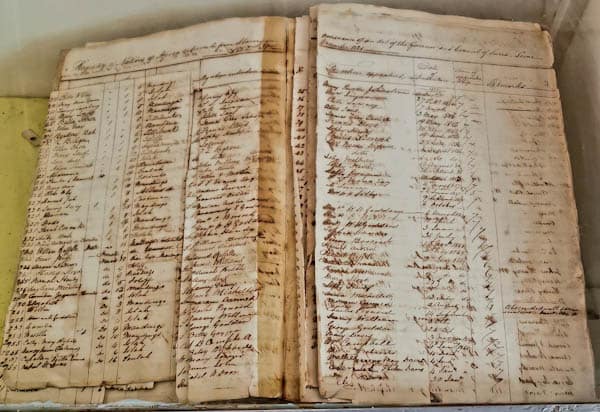 Do your roots go back to Africa?  Unfortunately, you must know that there are several slave islands and slave castles throughout West Africa.  However, if you can trace your roots back to Kunte Kinteh Island then you’ll be particularly interested in the documented names list.  It’s sad to say that the Europeans didn’t write the names down because they were incredibly organised or had empathy for the enslaved.  The truth is they documented the names as they were documenting their profits. 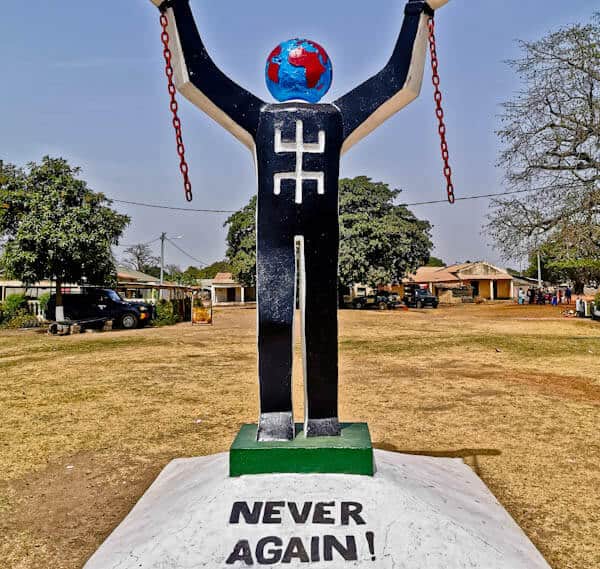 Generally speaking, slave islands are not a good place to pose for pictures.  None the less, adjacent to the Kunte Kinteh statue has become a popular photo spot. 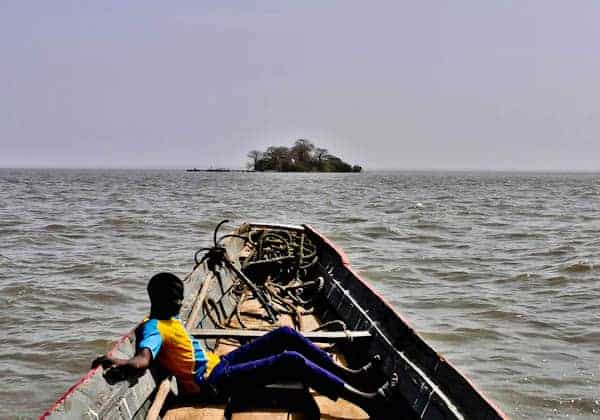 You have chosen to take a boat to the former Slave Island.  In fact, you’re paying someone a few euros for this ride.  It’s also a safe journey with very few other tourists and access to life jackets.  Imagine if you’d been kidnapped or traded for with alcohol and brought here on a packed boat full of others in the same situation. 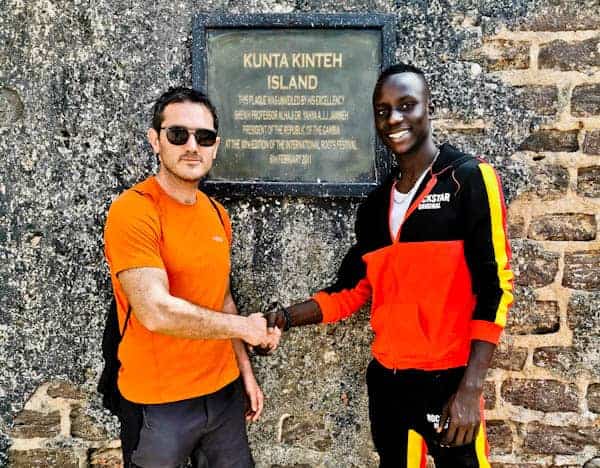 When you arrive on the island you’re free to explore wherever you like.  In addition, a guide from the museum comes with you and explains the cruel history.  What’s more, there are information boards which explain exactly what each part of the island was used for.  After learning how bad the Europeans were, it’s difficult to understand how welcome I was made. 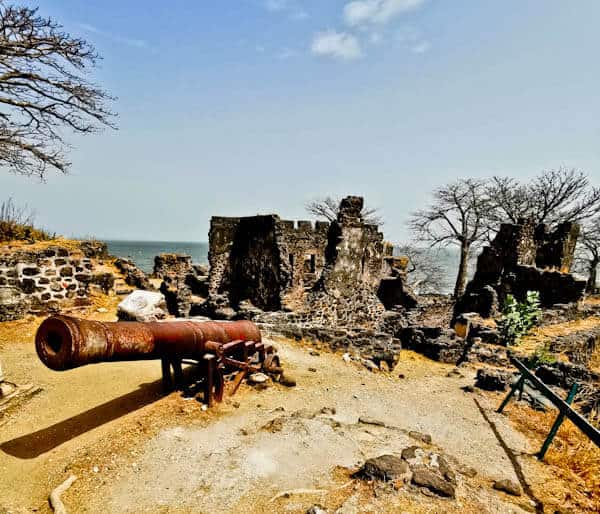 You may wonder why there is a fort to protect the island?  This particular island was owned by the Portuguese, British and French.  Not only did the Africans have to tolerate the Europeans exploiting them but they also had to suffer the Europeans fighting between each other.  You can be sure when a European power overran another on this island, the last thing on their minds was the well being of slaves.

Slaves on the Island 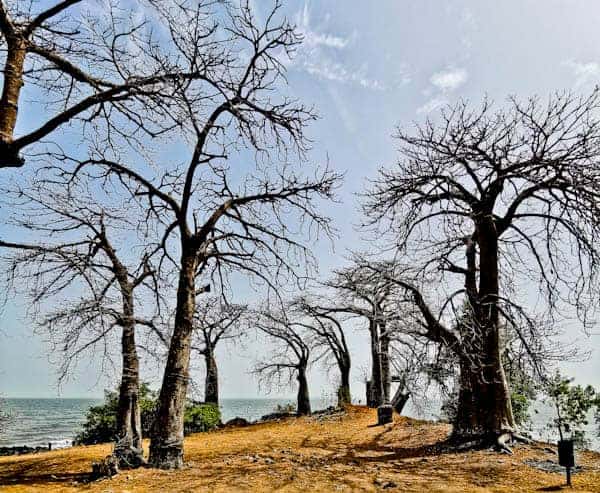 As you explore the island you’ll discover many ruins.  But there is one area of the island which is quite scarce.  This is where the slaves were kept.  Slaves would wait in this area until the boat came and took them to the Americas. 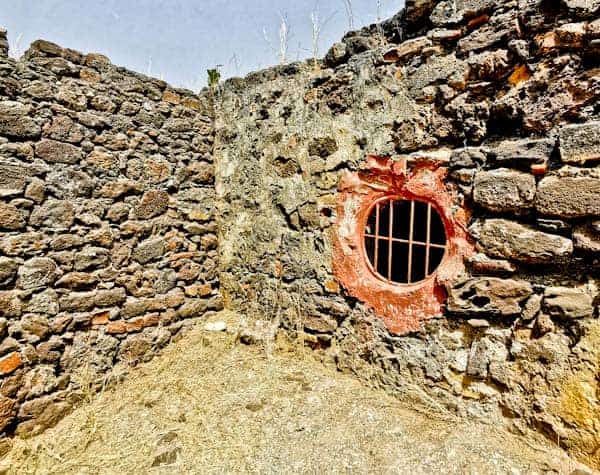 What happened to a slave if they rebelled against the Europeans?  It’s highly likely they would be locked up in the prison without food or water.  Would they come back out alive?  Highly unlikely.

Back to the Mainland 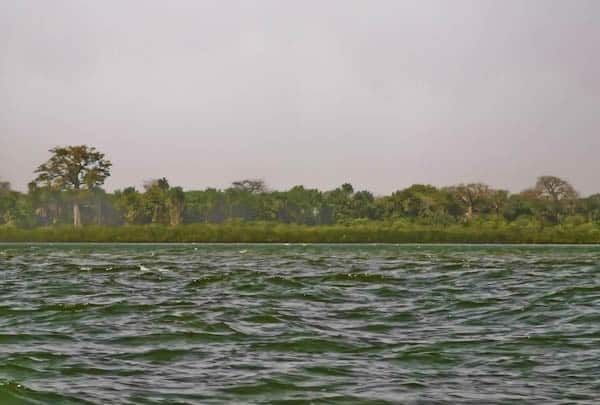 When the slave trade was abolished there were a group of slaves still on the island.  They requested freedom from their European captors.  In a final act of cruelty they were given their freedom but only if they could swim back to the mainland.  Many of the slaves had never seen water before, let alone attempted to swim.  But with the promise of freedom of course they believed they could swim back.  None of them made the 2 km swim back to the mainland. 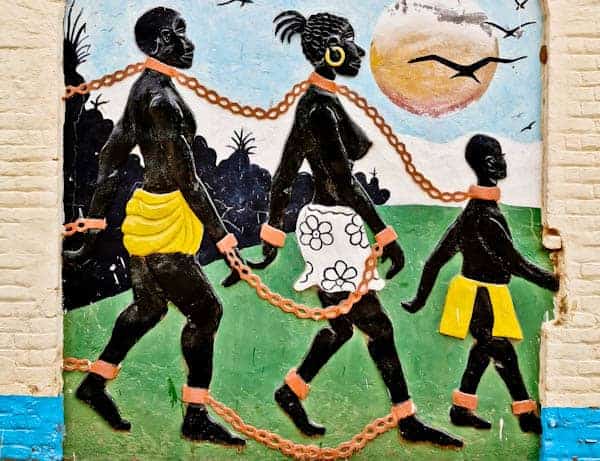 I have only touched the surface on how bad the Europeans were during this period.  After they came here uninvited they committed many sins.  Europeans kidnapped and corrupted the people.  They raped the women and sent people against their will on round the world journeys.  Many victims were murdered and malnourished.  Take your time to absorb this information both on the island as well in the museum.

Visiting The Gambia, read about things to do in Banjul.  Additionally, how to travel from Banjul to Bissau.