The UK’s Natural Wonders: The Perfect Antidote To Cabin Fever

Almost four weeks into our national lockdown, many of us are starting to get itchy feet.  Confined to our homes for long periods of time, it’s natural that cabin fever might set in.  We may yearn to engage with wide open spaces.  To surround ourselves with nature’s wonders.  Fortunately, we don’t need to hop on a plane to engage with some truly jaw dropping areas of natural beauty.  There are a multitude right here on our doorstep! In any of these locations we can take long leisurely walks, observe the stunning animal, plant and bird life and take envy-inspiring snaps to share with our friends and family.  You may have to wait a while to engage with these stunning locations.  But let’s be honest, when it comes to travel anticipation is an integral part of the fun. 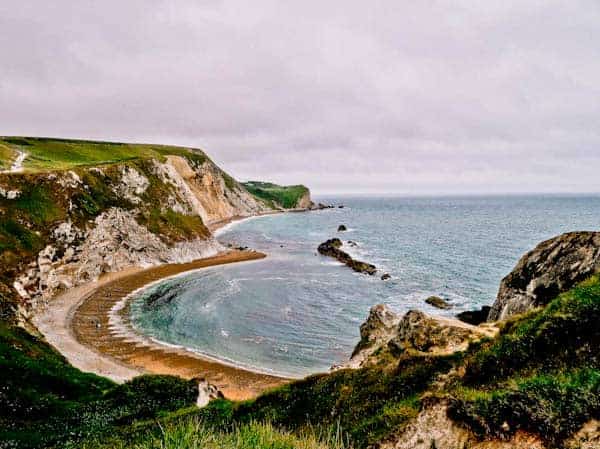 In this post we’ll take a look at some of the most peaceful, tranquil and naturally beautiful natural wonders in the country. As well as the best way to view them…

Getting About by Bike

Our network of roadways lays the UK’s natural treasures bare for us to explore.  However, while getting about by car is great, getting around by bike is better.  Whether by mountain bike or motor bike, this more agile form of transport not only allows you to avoid irritating traffic jams, it also allows you a greater sense of freedom and helps you to feel more connected with your surroundings.  Don’t own a bike? Not a problem.  There are numerous bike rental companies around the locations mentioned here, not to mention self guided motorcycle tours that put you where the action is.  Let’s take a look at some of our nation’s most stunning natural wonders…

We’ve already rhapsodized about the wonders of the south west in a previous post.  However, when it comes to areas of scenic beauty and national significance, it’s impossible to overlook Cheddar Gorge in Somerset.  This limestone gorge has cloven the picturesque countryside in two for a view that is truly unique and draws tourists from all over the country, and indeed the world.  Visitors can explore the fascinating caves, play crazy golf or simply enjoy an ale tasting session. 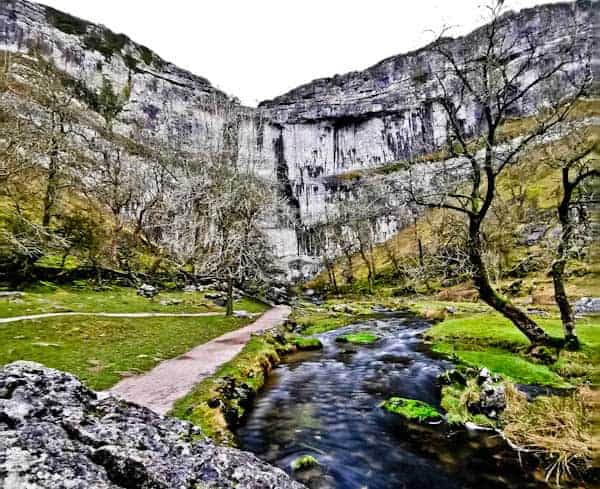 Yorkshire has some of the most picturesque scenery anywhere in the north of England, with the county’s dales made famous by The Last of The Summer Wine.  However, the awe inspiring Malham Cove, which was formed during the ice age has some film and TV credits of its own.  It was used as a location in the first part of Harry Potter and the Deathly Hallows and is a must-visit for Potter fans and lovers of gorgeous scenery alike.  While you’re there, you might want to stop by Janet’s Foss, Malham Tarn and the stunning Gordale Scar.

Another stunning spot in Yorkshire, the National Trust maintained Brimham Rocks boast an improbable natural architecture that has to be seen to be believed.  Formed by millennia of natural erosion, the rocks look so deliberately shaped that early observers thought hat they were carved out by the Druids.  The site is a must-visit for botany buffs, as it is home to 3 species of extremely rare heather including ling, bell and cross-leaved heath.

There are so many natural wonders in Scotland that it’s really difficult not to populate this list with them entirely.  But there’s something otherworldly about the Trotternish peninsula that makes it look and feel as though you’re walking the fantastical landscapes of Tolkein’s Middle Earth.  This stunning site was where Bonnie Prince Charlie his during the Battle of Culloden in 1746 and is known for its awesome and idiosyncratic rock formations.  Among which are the natural stone spires of the Quiraing landslip, the basalt monolith known as the Old Man of Storr and the aptly named Kilt Rock- site of the stunning Mealt Falls.

Finally, we turn our attention back down south to the gargantuan Durdle Door situated on Devon’s justly famed Jurassic Coast.  This spectacular southwestern landmark is a loop of rock that has been eroded by the sea over millions of years.  The loop is so slender and organic in appearance that it looks as though some enormous limestone dinosaur is dipping its head beneath the water for a drink.

There’s also a lot to see and do around the site including the birthplace of Lawrence of Arabia, the primate haven of Monkey World and the Bovington Tank Museum.

Any of the above offers a great opportunity to stretch your legs and engage with the natural wonders that are a big part of the UK’s cultural identity.