Aruba is an Island in the Caribbean off the coast of Venezuela, the capital is Oranjestad.  Things to do in Aruba;

There are a few large casinos and resorts around Palm Eagle Beach.  A lot of people stay here in resorts adjacent to the beach.  Alternatively, a few solo travelers choose to stay in central Oranjestad.  It doesn’t really matter where you stay as Aruba is a small island and it’s easy to get around. 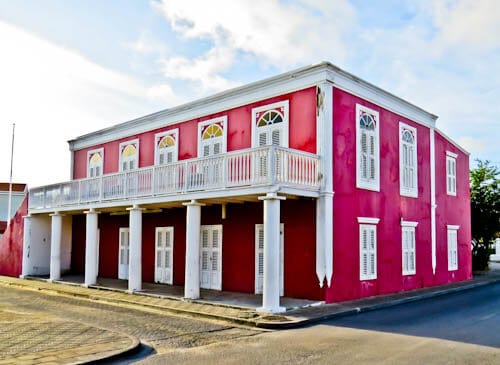 In central Oranjestad there’s is a shopping mall, western restaurants and several lively bars.  In addition, there are several iconic Dutch landmarks.  Oranjestad is a more colorful, cleaner and safer alternative to Paramaribo, Suriname. 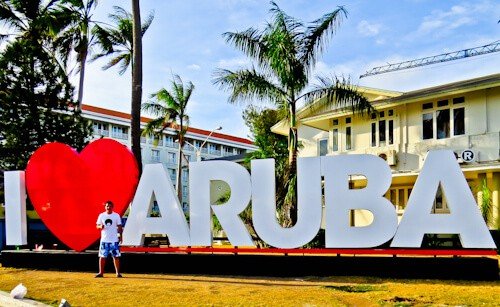 You can’t miss the huge I Love Aruba sign in Oranjestad.  A picture with this is a must to let your friends know you’ve been! 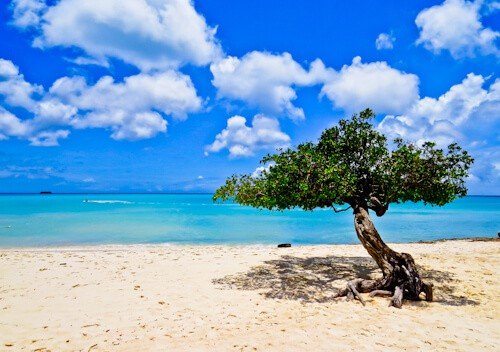 The most popular of things to do in Aruba is visit the beaches.  As you can see from the picture above, the beaches are incredibly beautiful.  Welcome to the Caribbean!  The water is clean, clear and warm, just as it looks in the travel brochures.  For this reason, I award the beaches as the top Aruba Instagram spot. 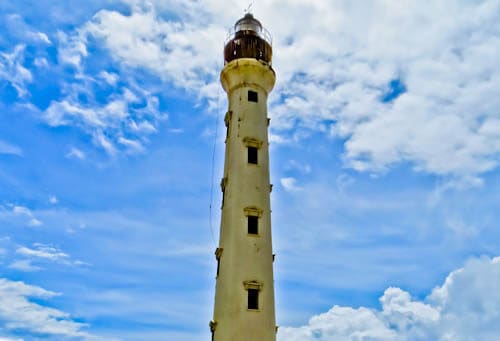 At the north west tip of the island is the California Lighthouse.  I don’t expect you’ll go all the way to Aruba to see it but it’s worth stopping for if you’re driving past.  Finally, it’s named after Steamship California which sank nearby. 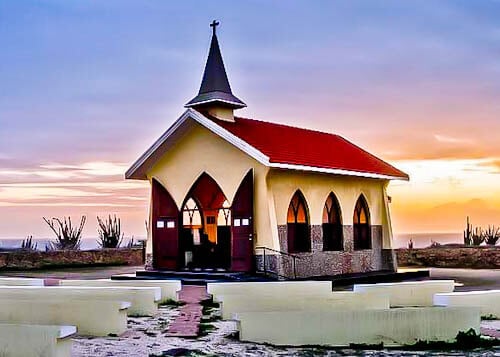 The Alto Vista Chapel is the oldest church in Aruba.  It’s history actually dates back around 300 years and it’s where Christianity started on the island.  Furthermore, it’s a colorful church which photographs beautifully at sunset.  Again, it’s not a reason to visit Aruba but worth stopping at if you’re driving by. 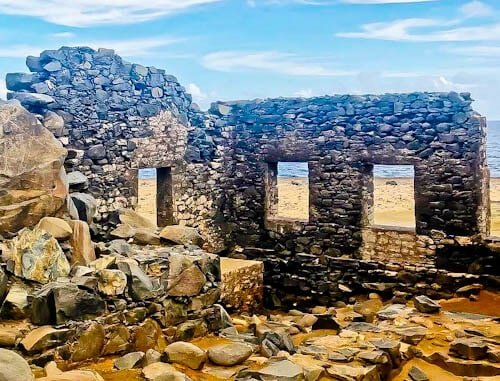 Bushiribana and Balashi were built to extract gold from the nearby gold mine.  Today they lie in ruins and make interesting stop. 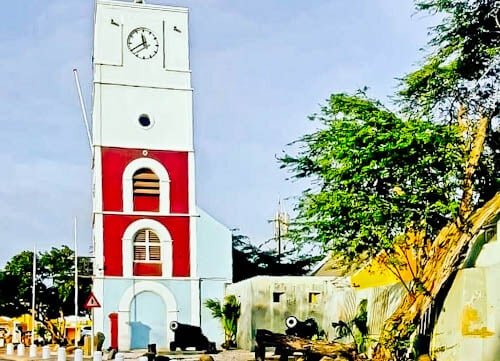 Fort Zoutman is the oldest building in Oranjestad at over 200 years old.  In addition, it now houses the Aruba Historical Museum.  It’s surrounded by firing cannons and tourists often pose for pictures with them. 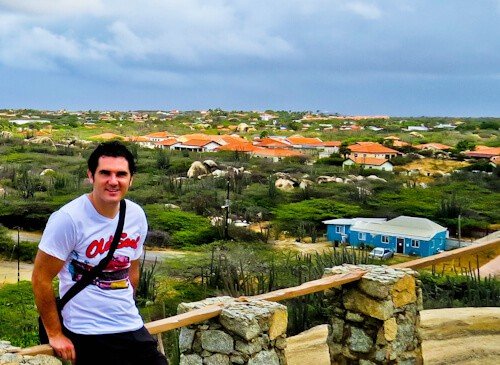 If you are all beached out, you can take a visit to an old volcanic rock formation which is visible from virtually anywhere on the island, it’s called Hooiberg.  It’s about 165 meters in height but very easy to climb.  In fact, there are steps all the way up and a few picturesque cacti.  The views from the top will give you a good perspective of the island and how small is really is.  They say on a clear day it’s possible to see Venezuela, unfortunately it wasn’t visible the day I went up though. 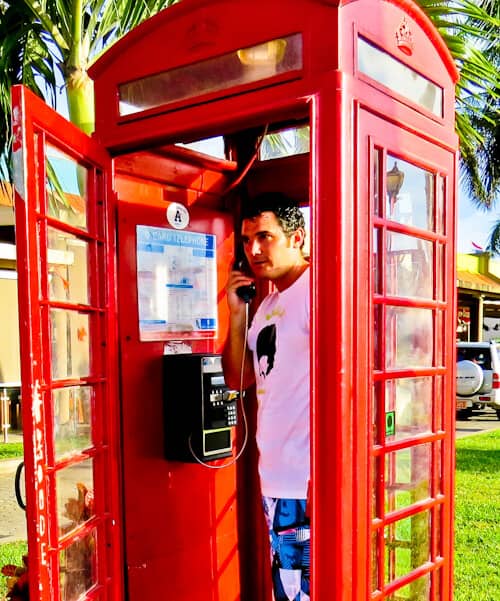 I have a travel tip for you here.  When you’re away from home for a long period of time, keep in touch!  As a result, both you and your family will feel better.  I was lucky enough to find a traditional British red phone box in Oranjestad, which meant I could call my mum for the price of a local call.  Lastly, these red phone boxes are one of the famous London Landmarks.

How to get from Aruba to Caracas Venezuela by Boat 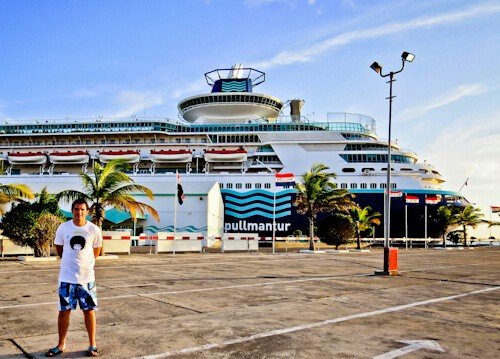 From Aruba the next stop was Caracas, Venezuela.  To be exact, the cruise ship would dock at La Guaira which is the cruise ship port serving Caracas.  It’s quite a drive from Caracas and Caracas is quite dangerous, so organizing a tour with the cruise ship company is recommended.