Things to do in Bahrain including the Grand Prix

The Kingdom of Bahrain is the third smallest country in Asia after The Maldives and Singapore.  It’s located east of Saudi Arabia in the Persian Gulf.  Things to do in Bahrain include;

Most visitors to Bahrain stay in the capital, Manama but you should also consider Juffair which becomes an entertainment district when the sun goes down. 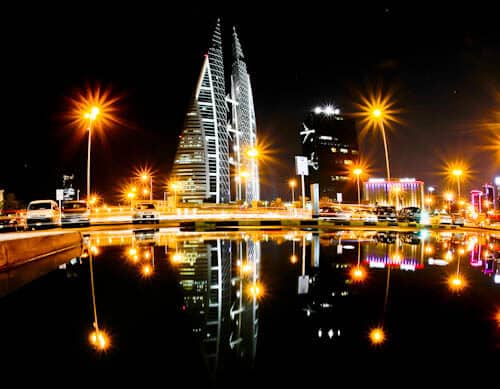 The Bahrain World Trade Center twin towers are two of the tallest buildings in Bahrain.  An interesting fact about these skyscrapers is that they were the first in the world to incorporate wind turbines.  As a matter of fact, you can clearly see these in between the two towers.  Which building is the tallest in Bahrain?  The tallest building in Bahrain is in fact a hotel, the Four Seasons Bahrain which is located opposite the Trade Center, seperated by the harbor.  For photographers, the Four Seasons is a good location to take a Manama city shot, especially at sunset. 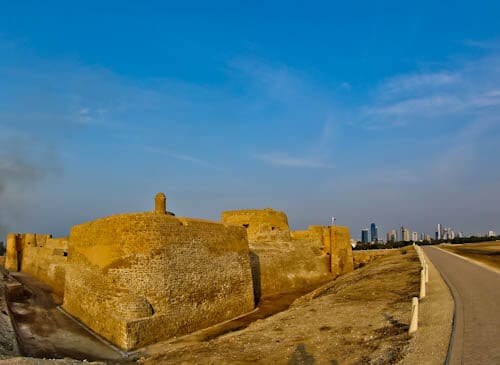 The last thing I expected to discover in Bahrain was a Portuguese fort similar to those in Maputo, Mozambique and Macapa, Brazil.  The reason there’s a Portuguese fort here is because Portugal occupied the Islands of Bahrain in the second half of the 16th century.  Moreover, the fort dates back to long before the Portuguese era, up to 5000 years ago.  It’s believed this site was the capital of the historic city of Dilmun.  You can learn more about the fort in the adjacent Bahrain Fort Museum.  Additionally, this area is a wonderful sunset location with sea views, Manama city views and of course views of the historic fort itself. 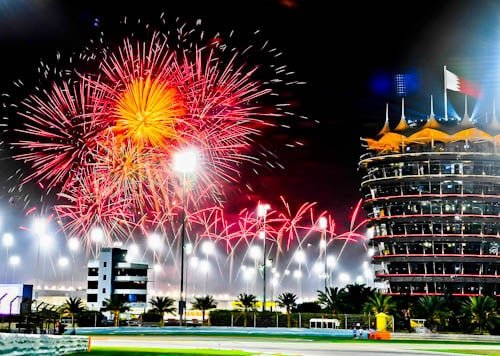 The Bahrain Grand Prix is a huge event which happens annually.  Other than the race itself, what is there to see?  Both fans of Formula One and regular visitors to the Bahrain International Circuit will be more than satisfied.  A certainty is there will be a concert, the 2018 headliner was Carlos Santana, in 2017 it was Enrique Iglesias.  Other events include a pit lane walk, as well as opportunities to get the F1 drivers autograph, more importantly, a selfie!  The show is often closed with a spectacular fireworks display. 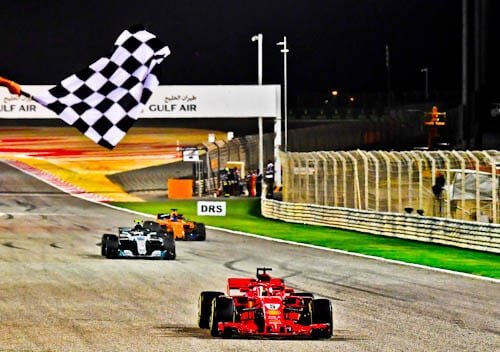 What happened in the Bahrain Grand Prix 2018?  With Lewis Hamilton defending the Formula One World Championship, he was firm favorite to win.  However, it was in fact Sebastian Vettel who won, followed by Hamilton’s teammate Bottas with Hamilton finishing in third.  The Bahrain Grand Prix is the second of the season, for this reason the teams are incredibly competitive and you’re guaranteed to witness an exciting race. 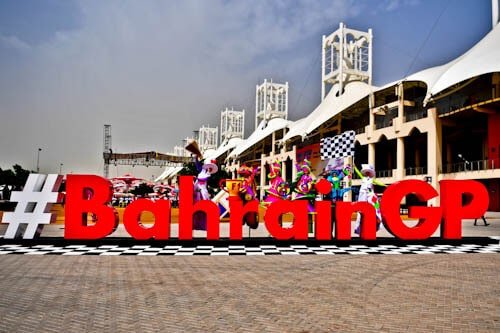 As well as the excitement of the Grand Prix and the major events, you’ll come across nice little touches.  A photo with the Bahrain GP sign is a must.  You’ll also witness lots of side performances and races.  In addition, foodies will love the event with countless food options available. 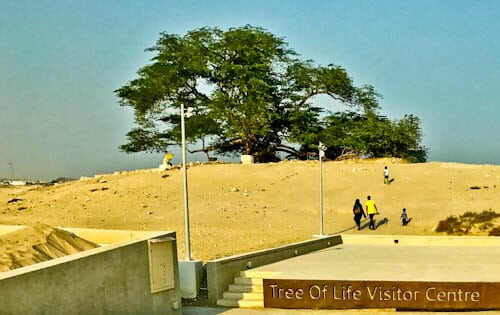 The Tree of Life is a legend from the bible.  It was a tree located in the Garden of Eden which carried the forbidden fruit Adam and Eve would eat.  Nobody knows where this tree or even where the Garden of Eden was.  However, in Bahrain, there is a modern day Tree of Life and it became the Tree of Life for different reasons.  It has lived in the Arabian desert for over 400 years.  The miracle is that there is little water in this part of the world, furthermore, there are no other flora and fauna in this area.  For this reason, some religious historians claim the tree is located in what was the Garden of Eden.  In contrast, scientists claim the long roots reach a water source deep underground.  The Walls of Jericho exist, so why not the Tree of Life? 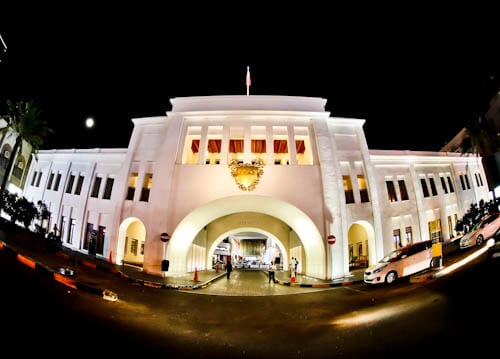 Bab Al Bahrain is a building designed by Englishman, Sir Charles Belgrave.  It was built in 1949 when Bahrain was part of the British Empire.  Bahrain gained independence in 1971 and the building has since been modernized with Islamic features.  As a result, you won’t see this architectural mix anywhere else in the world.  An interesting fact about the building is that it used to be alongside the sea.  Due to recent land reclamation, it’s a long way from the sea.  This is an example of how Bahrain has grown since independence.

Manama Souk – Things to do in Bahrain 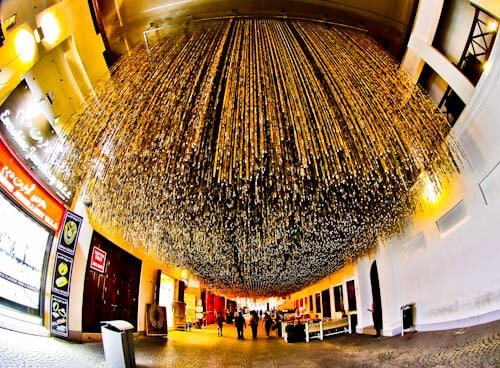 Most Middle Eastern countries have a souk but I doubt any have as elegant an entrance as the Manama Souk.  I would put this modern part of Manama Souk as one of the Instagram worthy locations of Bahrain.  As you walk through the modern souk, you will enter the more traditional, historic souk area.  The modern part is pedestrianized whereas the historic part is not. 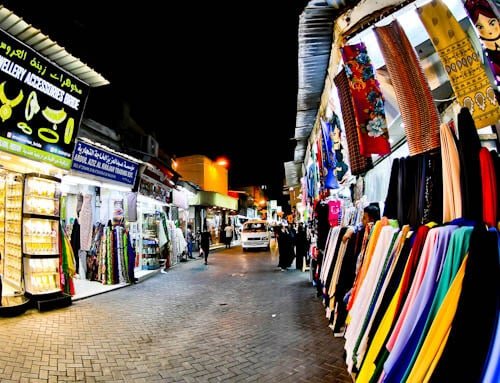 The historic part of Manama Souk gives you a true middle eastern market experience.  One thing I noticed about this souk is that the vendors don’t pressure you whilst you shop.  As a result you can browse and enjoy your Manama Souk experience.  Additionally you must check out the Gold Souk, which is an air conditioned building exclusively selling jewelry. 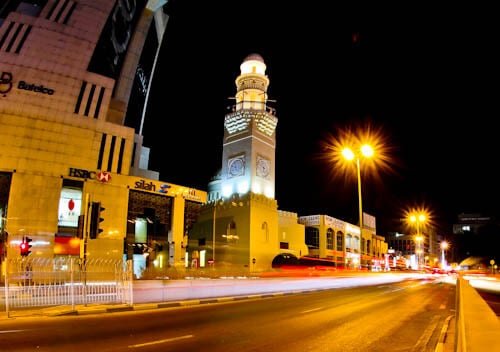 Alongside Bab Al Bahrain is the Yateem mosque which is worth a mention for it’s unique clock tower.  How many mosques have you seen which have their own clock tower?  The street in front of the mosque, Government Ave is built on reclaimed land and used to be the sea. 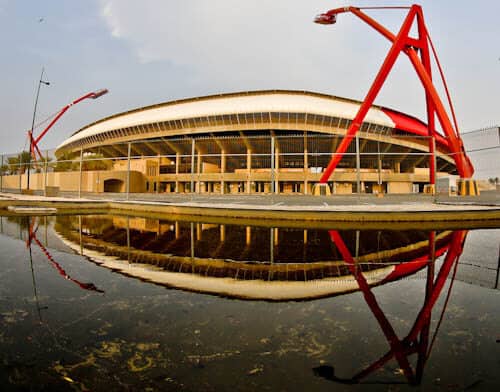 Bahrain National stadium has a capacity of 30,000 and is used mainly for football matches.  As a matter of fact there are quite a few football teams in Bahrain.  Unfortunately, there are no stadium tours but check if there’s a football match on when you’re in town.  If there is, you’re welcome to watch and cameras are permitted.  The stadium is located in northern Riffa which is the second city largest city of Bahrain.  Some of the top things to do in Bahrain are located in Riffa including Riffa Clock Tower, Alrowdha Palace, Riffa Fort as well as Bahrain Military Museum. 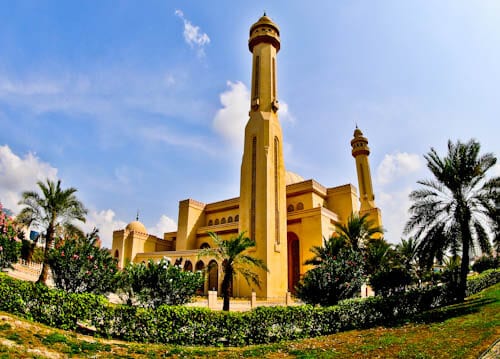 Al Fateh Grand Mosque is the largest mosque in Bahrain.  It’s a wonderful mosque to visit because tourists are made very welcome.  Furthermore, there are not many tourists so it’s likely you’ll receive a private tour.  During the tour you’ll learn all about the mosque and its purpose. 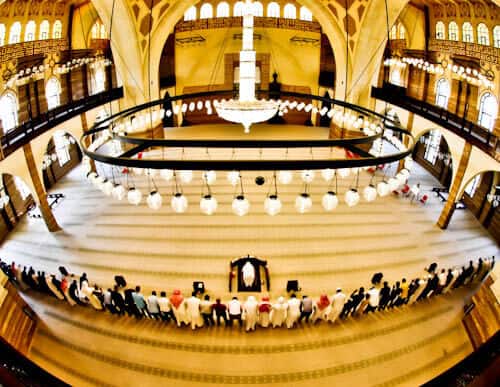 It was praying time during my tour and I was invited to watch the event.  I was also welcome to take as many photos as I wished of the interior which is a stunning place to photograph.  An interesting fact about the mosque is that it has the largest fiberglass dome in the world.

Things to do in Bahrain – Bahrain National Museum 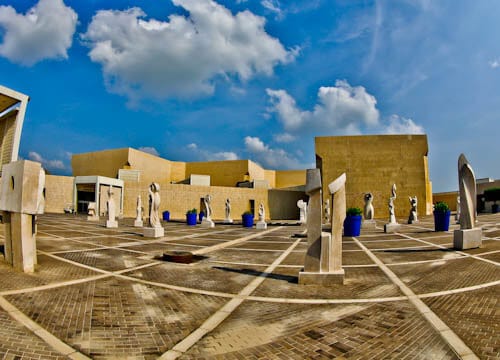 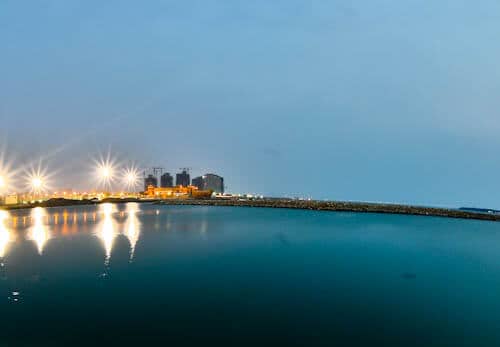 The King Fahd Causeway is a bridge which connects Bahrain to the mainland of Saudi Arabia.  At 25 km it’s one of the longest bridges on the world.  An interesting fact about this bridge is that Bahrain started driving on the right hand side of the road because of it.  Bahrain was part of the British Empire, as a result they drove on the left, Saudi Arabia drive on the right.  To show their commitment to the bridge, Bahrain switched to the right.  King Fahd was the King of Saudi Arabia when the bridge was constructed. 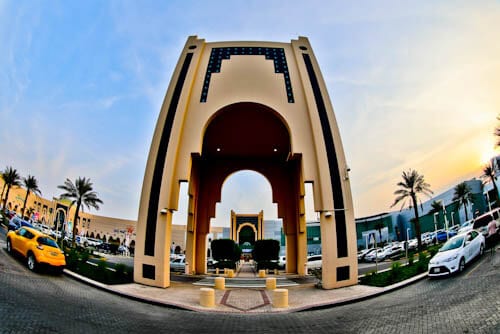 As you travel throughout Bahrain you’ll pass several shopping malls.  The reason there are so many shopping malls is because Bahrain is so hot during the day.  If you’re out and about in Bahrain and feeling the heat, an air conditioned shopping mall will never be too far away.

Enjoy your visit to the points of interest of Bahrain

There are several ways to visit the things to do in Bahrain.  You can hire your own car, join a tour, take a taxi or Uber, alternatively, try out the red Bahrain bus.  Whichever method you choose, Bahrain is a rewarding destination, enjoy!