Things to do in Belgrade – Serbia

I was staying at the Belgrade Inn which is conveniently located in the Old Town Belgrade. 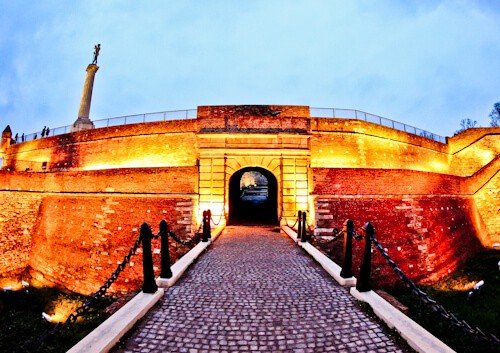 Belgrade Fortress is located in Belgrade at the point where the river Sana meets the river Danube.  Furthermore it’s in the old town of Belgrade therefore it’s easy to walk to.  The history of the fortress dates back to before Christ.  The fortress you see today however was largely built during the time of the Austrian Empire in the 19th century.  The fortress is huge and you could spend a whole day exploring it.  Additionally, several of the things to do in Belgrade are located inside the fortress.  To demonstrate, points of interest inside the fortress walls include Ruzica church, Dizdar Tower, Roman Well, Stambol Gate as well as Kalemegdan Park.

There is no entrance fee to Belgrade Fortress.  In addition, it’s open 24 hours a day. 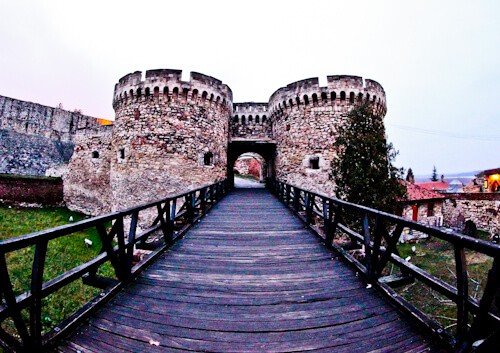 Kalemegdan Park is located inside Belgrade Fortress.  Additionally, it’s the largest park in Belgrade.  This is an example of how big the fortress is.  As a result of the fortress being on a hill, the panoramic views over Belgrade and the rivers are spectacular, especially at sunset. 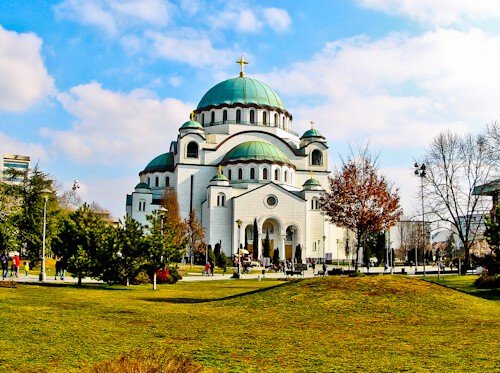 The Temple of Saint Sava is also known as the Church of Saint Sava.  It’s one of the largest churches in the world and the largest in Southeastern Europe.  Furthermore, it’s the largest Orthodox church in Serbia as well as the second largest in the world.  Another fact is that its bell tower has almost 50 bells, consequently, when it chimes you’ll hear it!  Comparatively, it’s an unfinished church, as is the Sagrada Familia in Barcelona.  It’s named after Saint Sava, the first archbishop of Serbia.  As a matter of fact his remains were burnt on the spot the church has been built. 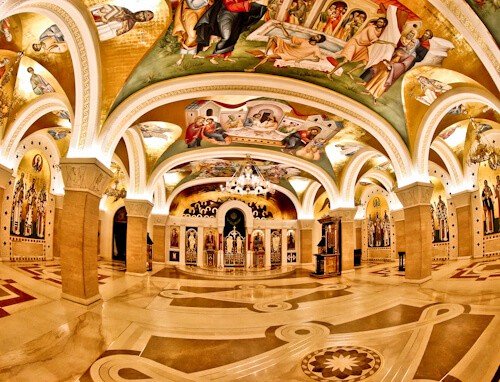 It’s worth visiting the interior of the church which is in fact, the unfinished part.  However, the underground crypt is finished and it’s absolutely stunning.  If you’re visiting in winter, you can warm up in the crypt as it boasts underground heating.  In addition there are Murano glass mosaics as well as chandeliers.  For this reason, the crypt is equally as beautiful as the church exterior. 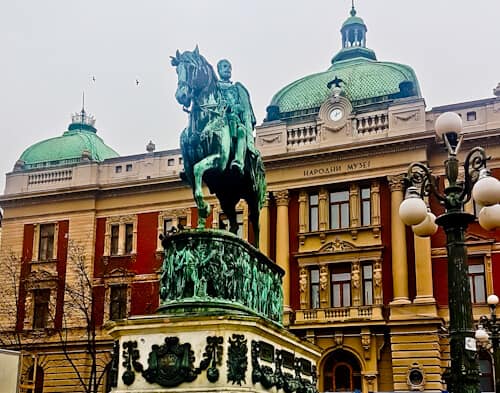 Republic Square is the main square of old town Belgrade.  The Prince Mihailo monument is a popular meeting point.  You may ask ‘Who is Prince Mihailo?’  In brief, he was a ruler of Serbia during the 19th century.  At the same time he is pointing towards ‘Old Serbia’ which interestingly includes Kosovo.  Other things to do in Belgrade on Republic Square include the National Museum of Serbia as well as the National Opera.  Furthermore the whole area is pedestrianized and connects to the main shopping street of Belgrade, Knez Mihailova Street. 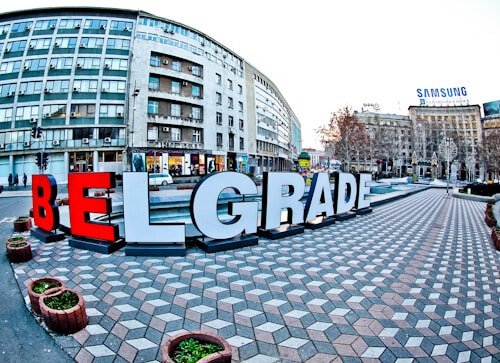 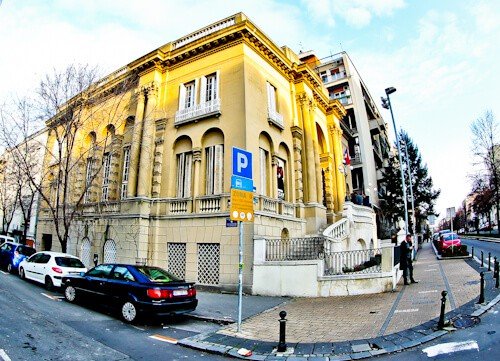 The Nikola Tesla museum has a permanent exhibition about his life.  He was born in the Austrian Empire, in fact, modern day Croatia.  Moreover, he visited Belgrade in his lifetime and is highly regarded in this part of the world.  Visit the Nikola Tesla Museum website for more information. 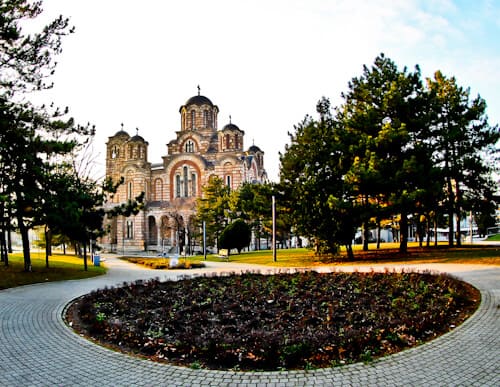 St. Mark’s Church was built in 1940 but in Byzantine style.  Although the church was built right before World War II, it survived unscathed.  In fact, divine service took place in the church throughout the war.  An interesting fact is that the church was the largest in Serbia until of course, the church of Saint Sava was constructed.  Furthermore, there’s an impressive iconostasis inside.

Museum of Yugoslavia and House of Flowers 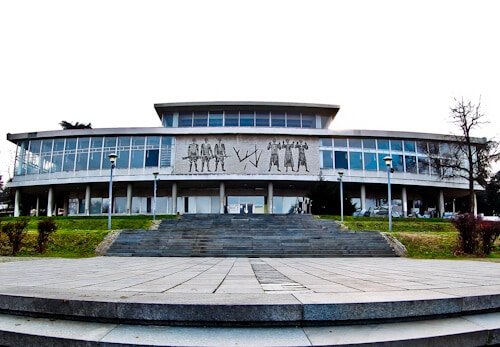 The Museum of Yugoslavia covers all you need to know about the Yugoslav period.  Furthermore, there’s a lot of information on their respected leader, Josip Broz Tito.  In fact, the tomb of Tito is adjacent to the museum in the House of Flowers.  The House of Flowers is open to the public and you’re welcome to pay respect to Tito here.  A popular day to visit is May 25th, his birthday.  For the latest information visit the Museum of Yugoslavia website.  Additionally, if you want to stay in a hotel which Tito himself stayed in, you should visit Hotel Leopold I in Novi Sad. 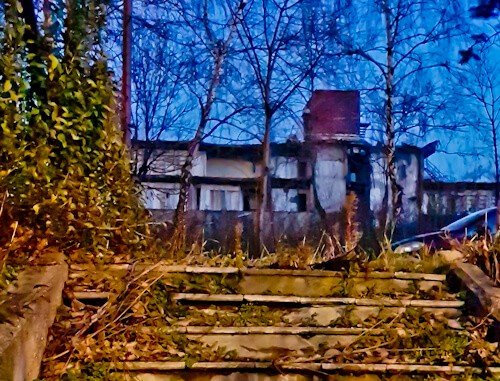 One of the more unusual things to do in Belgrade is take a Communist Tour.  These can be organised through the Belgrade Inn if you decide to stay there.  In fact, a place you can view by yourself is the Former Yugoslav Ministry of Defense Building.  Additionally, there are several buildings around Belgrade which were bombed by NATO in 1999.  It’s worth noting that some of these buildings are military buildings therefore photography is not always permitted. 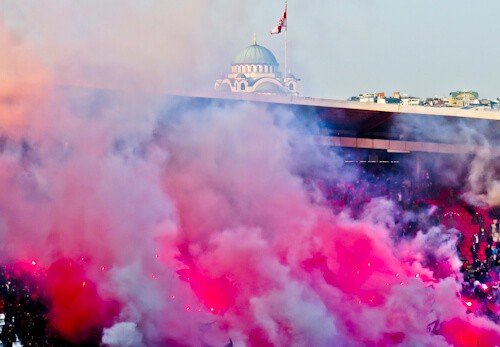 To watch a football match in Belgrade can be a once in a lifetime experience.  There are 2 rival teams in Belgrade, Red Star and Partizan.  I recommend you visit the Red Star Belgrade stadium, as a result you’ll see the famous red flares light up the stands.  Furthermore, they have an interesting museum and you can visit the stadium even if there’s no match on.  I visited both Partizan Belgrade and Red Star Belgrade football stadiums, for this reason I can recommend Red Star! 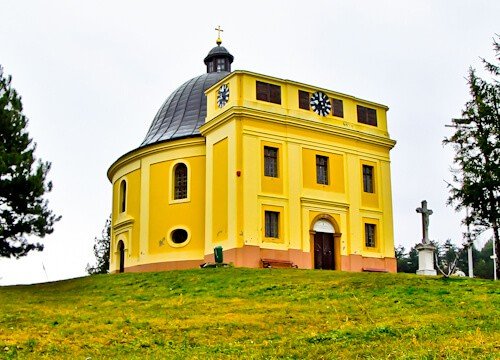 Most buses and trains in the direction of Novi Sad stop at the small town of Sremski Karlovci.  Sremski Karlovci is part of the wine route of Serbia, as a result there are many wineries.  In addition, there are several historic buildings.  As a matter of fact this is where the Karlowitz treaty was signed.  Thereupon, Eastern Europe was free from Ottoman Rule.  Sremski Karlovci is only 12 km from Petrovaradin Fortress and Novi Sad therefore you can visit all 3 on a day trip.

How to get from Belgrade to Nis 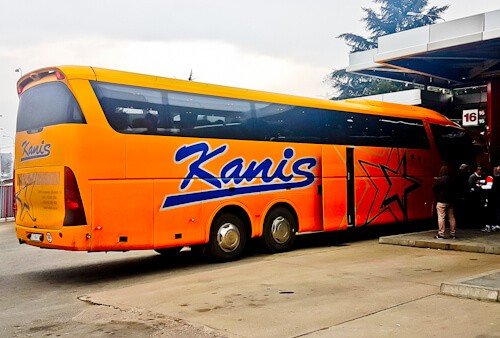 There are regular buses between Belgrade and Nis.  As a matter of fact buses leave at least every hour.  The journey time from Belgrade to Nis is approximately 3 hours and the bus services are excellent. 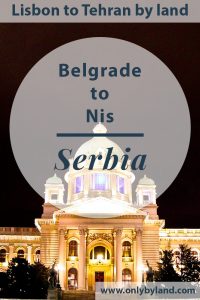