Bogota is the capital city of Colombia in South America.  It’s also one of the highest capital cities in the world at 2,640 meters.  Things to do in Bogota;

Most tourists that visit Bogota stay in the historic center around La Candelaria.  There are lots of good value hotels, hostels and more tourists than you’d imagine.  As a matter of fact, you’ll feel very safe.  Having said how safe it feels, I wouldn’t recommend you visit quiet streets or areas alone.

How to get around Bogota 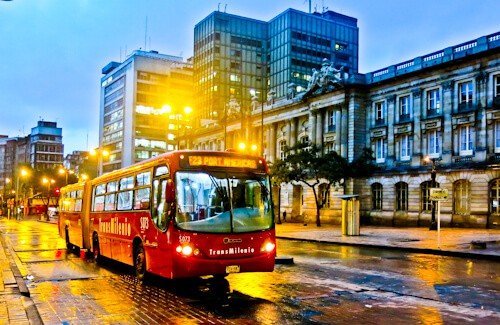 Taxis in Bogotá are cheap and the driver usually puts the meter on without asking, so this is a viable method of getting around.  Another way to get around is by the Transmilenio (pictured above).  This is a bus service with enclosed bus stations which you need a ticket to get into, it’s easy to use and the maps help a lot.  There are several different routes available with route changes included in the ticket price.  I wouldn’t recommend the Transmilenio at peak hours, it gets very overcrowded with long queues to get in the stations.  The buses run in private lanes so traffic is not a problem. 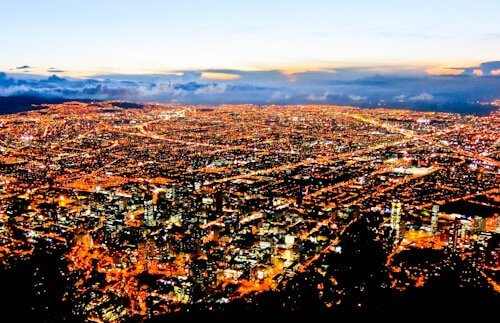 Bogota is situated at an altitude of 2,640 meters so although it’s in Colombia it can get quite cold, especially at night and at Monserrate.  One of the most popular things to do in Bogota is take the cable car to Monserrate which gives you great views of the city.  If you go on a clear day just before sunset, you’ll be rewarded with amazing views of the city.  It’s also possible to walk up to Monserrate, be warned though, it’s quite far and steep but does make for a great workout. 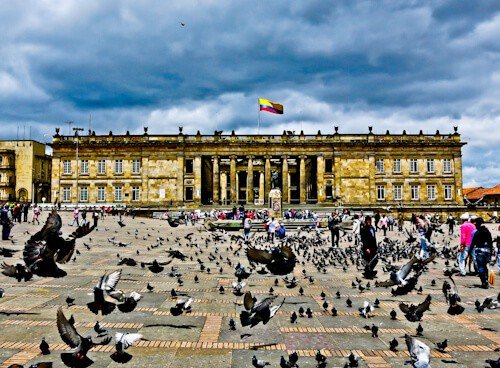 There are many things you can see and do in the Candelaria area.  The building pictured above is the Capitolio Nacional on Plaza de Bolivar, there is also a very old Cathedral opposite called Capilla del Sagrado.  As you can see there are many pigeons in this large plaza which is typical of most South American plazas.  Plaza de Bolivar is patrolled by police and therefore is very safe, as is most of the Candelaria. 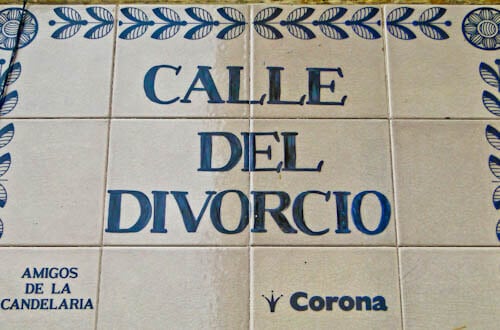 Just off Plaza de Bolívar is the infamous Calle Del Divorcio, or Divorce street.  It’s called this because many years ago, a couple who were supposed to have an arranged marriage ran away to be together here.  They then lived together for 20 years, unhappy, fighting and screaming but never got divorced.  This street is named as it is because the option of divorce should be there, instead of a lifetime of unhappiness.  The Calle Del Divorcio street sign is a top Instagram spot in Bogota, here’s my Instagram shot! 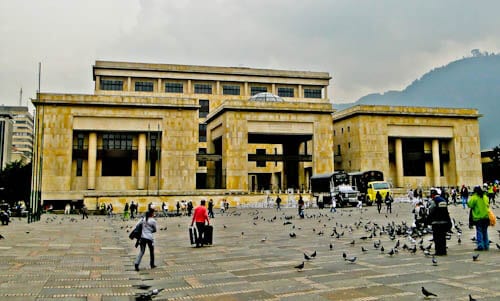 Another infamous place on Plaza de Bolivar is the Palace of Justice.  Those interested in Colombian history will have read about the Palace of Justice Siege which happened in 1985.  It was a terrible situation and nearly half of the 25 Supreme Court Justices were killed. 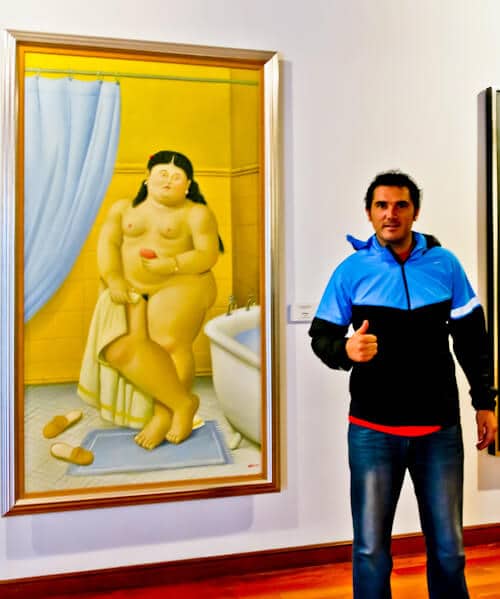 Also in the Candelaria you’ll find the Botero Museum.  At the Botero museum you’ll find artwork by the same artist who created Botero Park in central Medellin, Fernando Botero.  In the museum they have lots of larger than life Botero statues and huge paintings of the oversized people.  Right next to the Botero museum is the coin museum which is also very interesting. 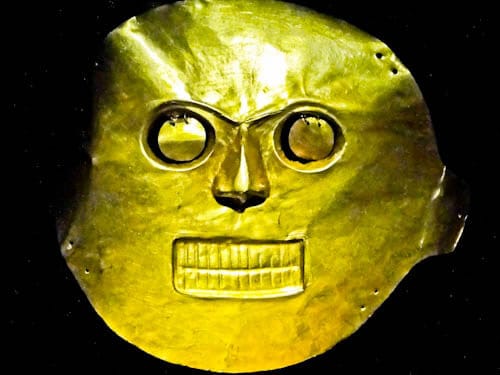 If you love gold then you must visit the Bogota Gold Museum.  There are over 6000 pieces of gold on display.  When I say gold, I refer to artefacts made from gold.  There are several fascinating items with the most famous being the Muisca Raft.  In addition, you’re permitted to take photos throughout the museum.  For more information visit the official Museo de Oro site (in Spanish). 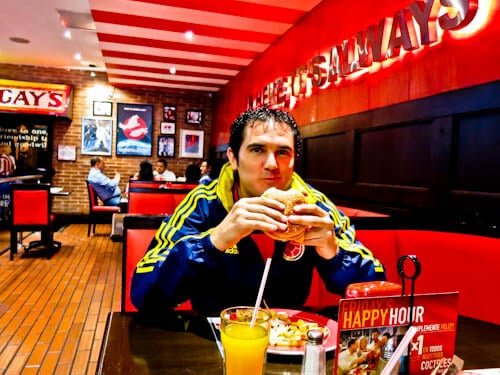 You should take the time to visit another part of Bogota, Calle 85 which offers the best nightlife in Bogota.  If you’re homesick you could visit TGI Fridays, Hooters, Krispy Kreme or one of many other western chains.  A bar I recommend is BBC, this is not the TV channel, but the Bogota Beer Company, they have great beers that come in liter size steins. 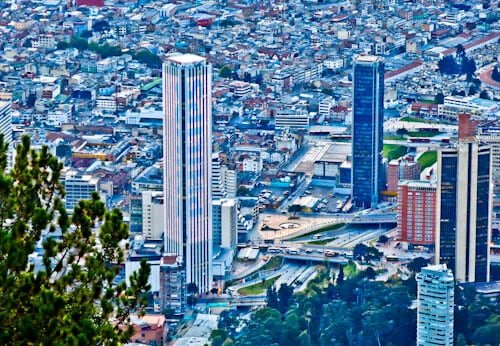 The Colpatria Tower is the iconic tower of Bogota because it’s lit up spectacularly each night.  Today it’s the 3rd tallest building in Bogota but it used to be the tallest for over 40 years.  You could compare it to the Empire State building in the USA, it’s no longer the tallest but still an iconic landmark of the city.

How to get from Bogota to Cartagena 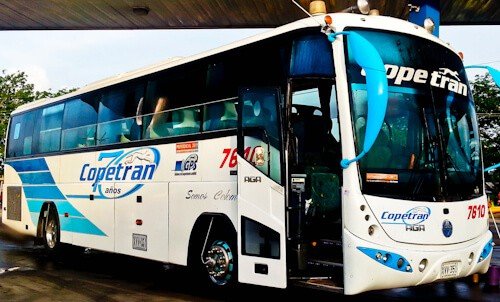 Most buses leave Bogota from Terminal Bogota which is also known as the Terminal de Transportes de Bogota.  Be aware that there is also a south terminal mainly serving destinations to the south of Colombia.  I turned up at Terminal Bogota without a ticket, and I decided 90,000 pesos for a 22 hour overnight luxury Copetran bus leaving within the hour was good value.  Unless it’s a major holiday in Colombia, there should always be available seats on the bus and therefore you should be able to get better than advertised prices.