Things to do in Brasov Romania + Day Trips

Brasov is the main tourist city of Transylvania, Romania.  It’s surrounded by many of Romania’s top sites including;

As Brasov is a tourist hotspot there are many excellent value hotels. 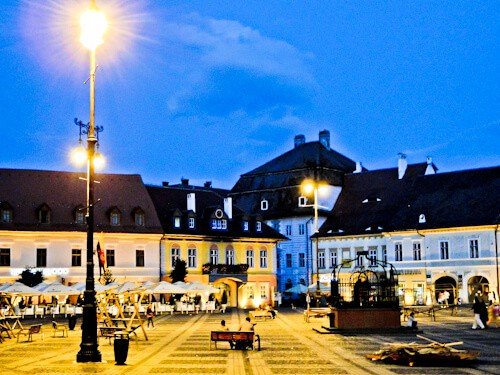 Council Square is located in the center of downtown Brasov.  You’ll find lots of very colorful and Instagrammable houses as well as churches in the square.  The showpiece of the square is the Brasov town hall which is unique looking as it used to be a watchtower.  The 2 churches located on the central square are the Black Church and the Amazing Grace Church.  There are lots of the restaurants and bars around the square and the pedestrianized Republic Street which leads up to it.  Finally, Brasov is a walled city and you see many historic gates as you pass in and out of the center. 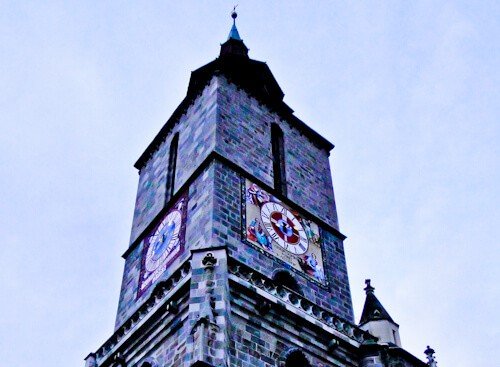 The 65 meter tall Black Church is located close to Council Square.  It is the most significant Gothic building in Romania.  There is a rumor about a young German boy being buried in the foundations of the church.  Whilst this church was being built in the 14th century he was winding up the builders by saying the walls weren’t straight.  One of the annoyed builders then pushed him off killing him before hiding his corpse in the construction of the church.  There is a museum located inside the church.

If you didn’t go to Suceava in the north to see the painted monasteries then, you can visit one in Brasov.  Saint Nicolas Church features several interior frescoes.  Furthermore, it’s a 15 minute walk from the Black Church. 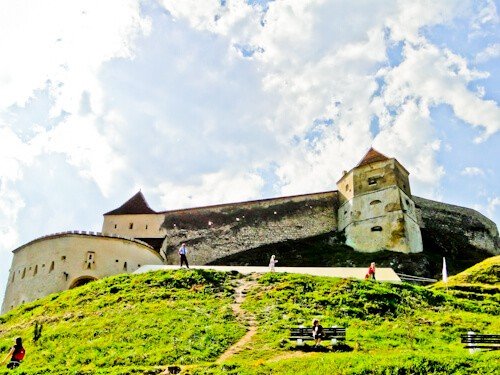 A short ride from Brasov you’ll find the village of Rasnov.  Located on a hill above the village is Rasnov fortified church.  The citadel was built to defend the nearby towns.  In the end it was used as a hiding place for villagers from passing armies because if the villagers had stayed in the village they would have been killed.  When I visited the citadel there were hundreds of people dressed up re-acting the old war days, I felt like I was in the Martin Lawrence movie Black Knight.  Adjacent to the Citadel is Dino Parc which is perfect for those traveling to Brasov with kids. 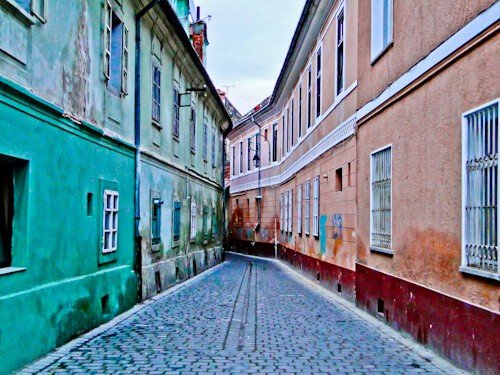 Whilst exploring Brasov you’ll come across lots of narrow streets (above).  As a matter of fact, Brasov is home to the narrowest street in Europe.  This street is called Rope Street or Strada Sforii in Romanian.  AS a result, Brasov would be the perfect location for a chase scene in a Bond movie.  One action movie that was filmed in Brasov is the Dolph Lundgren and Cuba Gooding Junior movie, One in the Chamber. 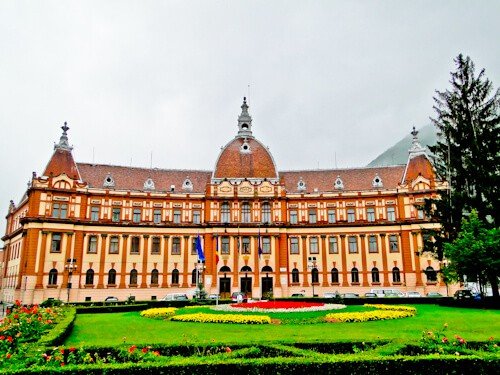 In the new town of Brasov you’ll find administrative and university buildings as well as museums.  These are very Instagrammable buildings especially the New Town Hall (above).  In addition. there is a picturesque park nearby called Nicolae Titulescu. 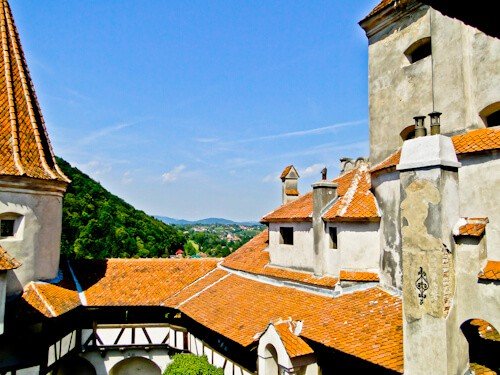 You can easily organize a day trip to Bran Castle in Brasov or take the bus there independently.  Bran Castle is a Medieval castle and fortress that dates back to the 13th century.  It’s possible to visit the interior of the castle for a small fee.  However, I believe the view of the castle is better from a distance although it’s interesting to go inside.  Outside the castle there are lots of souvenir and overpriced snack stores.  An interesting souvenir you can buy is red wine labeled as Dracula juice!  Finally, although advertised as Dracula’s Castle, this is not the real one.  The real Dracula’s Castle is Poenari Castle and is west of the Transfagarasan Road.

Day trip to the Transfagarasan Road 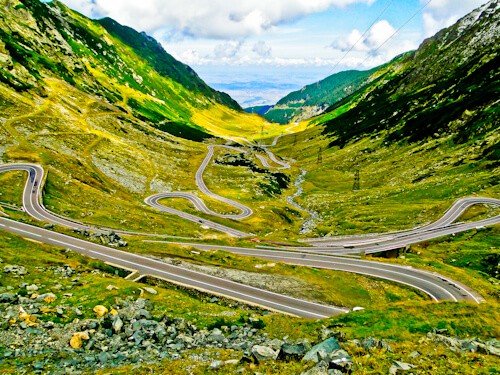 The Transfagarasan road was built under Ceausescu rule, similarly to the Palace of the Parliament in Bucharest.  In the 60’s, Ceausescu wanted quick access to the mountains due to the threat of a Soviet invasion.  The road was built by soldiers of the Romanian army and completed in 1974.  Nowadays it’s a scenic route through Romania which tourists drive through.  There are many interesting landmarks on the route including winding roads, Balea Lake, tunnels, Poenari Castle (The real Dracula’s castle) and the Vidraru Dam. 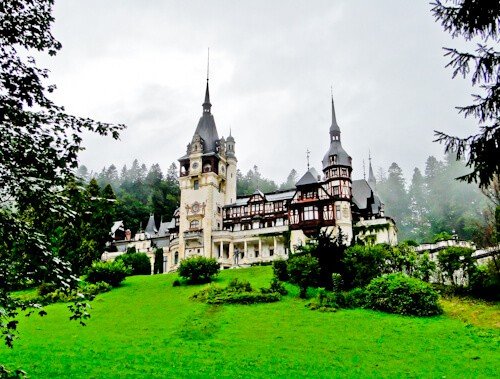 Peles Castle was built at the start of the 20th century and is nearby the ski resort town of Sinaia.  You can get to Peles Castle on the train / bus from Brasov or by taxi / car.  If you went by car on the Transfagarasan road, afterwards you can loop around to Sinaia before returning to Brasov.

To visit the Transfagarasan road and Peles Castle I used an unofficial taxi driver I met at Brasov train station.  It was a bit of a risk but cheap at €40 for the whole trip.  The driver also told me how to take the minibus to Chisinau, Moldova which was my next destination.

Brasov to Chisinau by Minibus

If you ask around at Brasov train station about a minibus to Chisinau someone will be able to help you find the right person.  It should be easy to find out where they leave from and what time.  I recommend you check and and book your space a day in advance.  For crossing the border into Moldova you shouldn’t need a visa but remember it’s not part of the EU or Schengen community.