Brussels is the capital city of Belgium and also the European Union.  Things to do in Brussels include;

Hotels in Brussels are quite reasonably priced for this part of the world, for this reason, you can probably find a great hotel deal in central Brussels. 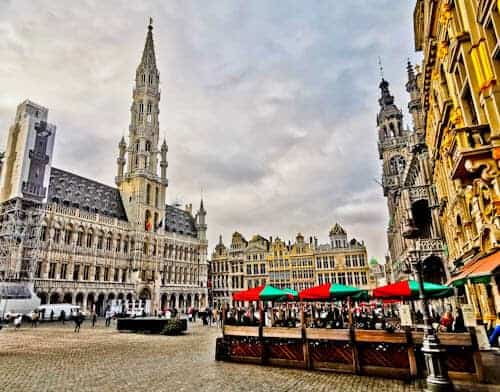 In old town Brussels you’ll be overwhelmed by the amount of incredible architecture.  As it’s the capital city of Belgium, there’s the highest number of typical Belgian buildings.  The central square of Brussels is known as Grand Place, additionally, it’s a UNESCO site.  The most famous building of Grand Place is the Town Hall.  As a matter of fact, I would call this the iconic building of Brussels. 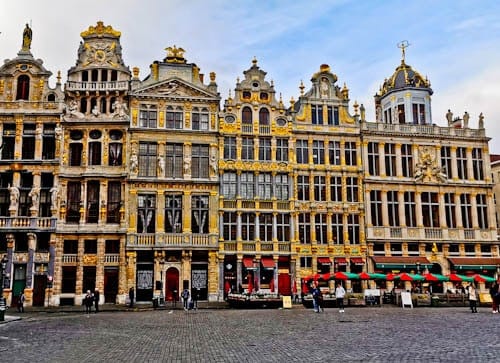 If you visit Grand Place at sunrise it’s likely you’ll have it to yourself.  As a result, photographers can take some unobstructed Gothic architecture shots. 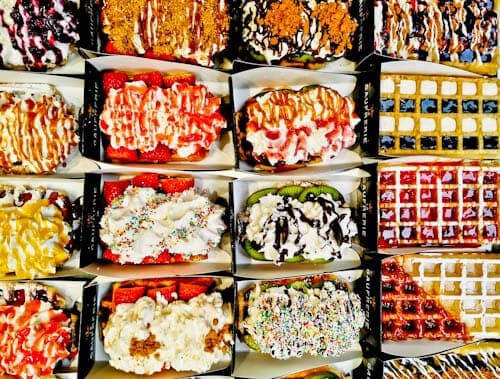 Around the Grand Place and central Brussels you’ll pass many kiosks selling Belgian waffles.  In fact, you’ll find Belgian waffle kiosks all over the country!  What is your favorite Belgian waffle topping?  Whichever topping you prefer, I’m sure they’ll have it here.  In addition, there’ll be many toppings you didn’t even know existed! 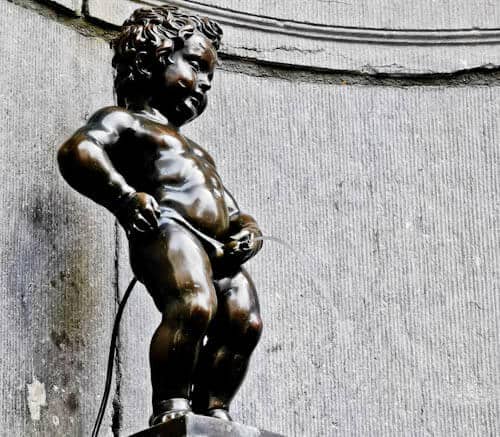 A top spot to photograph close to the Grand Place is the Manneken Pis statue.  It’s a bronze statue of a small boy peeing.  This statue is often dressed up and it’s even been dressed up as Dracula.  If you’re lucky it will be dressed up when you visit and you can take a unique Manneken Pis photo.  Additionally, there’s are two other statues in Brussels which are inspired by this one.  Firstly, Het Zinneke, which is in fact a dog urinating. 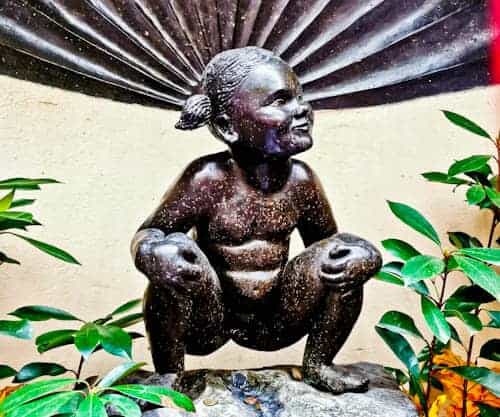 Once upon a time there was only a statue of a boy peeing in Brussels.  In the interest of equality, the female equivalent was added in 1987.

Museum of the City of Brussels – King’s House 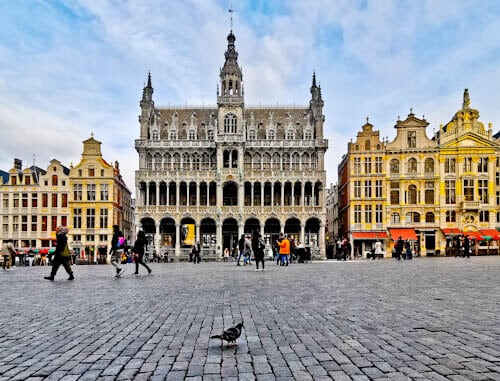 To learn all about Brussels from its very beginning up until today you must visit Brussels City Museum.  What’s more, you can also the interior of this fine Gothic building.  Lastly, did you know the Manneken Pis you see in the street is a copy?  The original 400 year old statue is located inside this Museum of the City of Brussels.

The Atomium is probably the most popular destination in Brussels as well as one of the cities most important landmarks.  It’s possible to go inside each of the atoms and once you’re in the atom at the top you can take a great panoramic shot of the surrounding area.  Adjacent to the Atomium is Mini-Europe theme park where you’ll find a miniature version of Europe.  Here you’ll find small scale and very detailed landmarks from European cities such as Big Ben, Eiffel Tower and the Leaning Tower of Pisa. 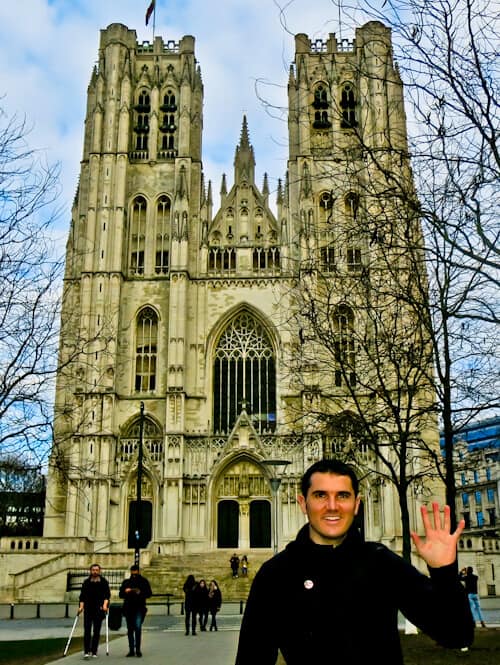 Brussels is home to a huge Gothic church.  For such an impressive building, the St Michael and St Gudula Cathedral is in quite a peaceful location away from the historic center.  I highly recommend you add this church to your Brussels itinerary.  Finally, make sure you explore the majestic interior. 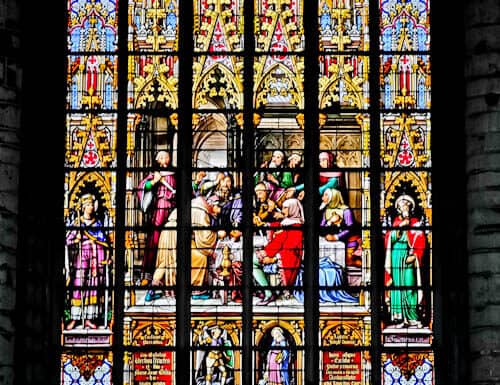 What caught my eye inside the cathedral was the detailed stained glass windows.  In addition to these, the enormity of the whole structure is awe inspiring.  For this reason, you must visit the cathedral whether you’re religious or not. 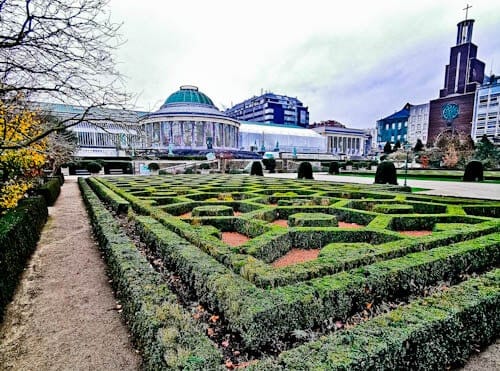 There are several reasons to visit the Botanical Garden of Brussels.  Firstly, it’s located in the city center and therefore easy to get to.  Secondly, it’s free to enter the gardens which make a good place to relax as well as take your Instagram photos.  Finally, it’s a blend of English, Italian as well as French gardening and architecture. 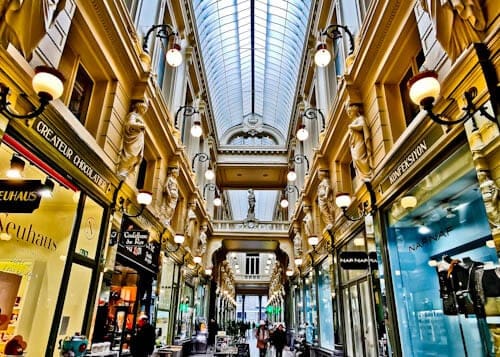 Royal Gallery of st Hubert is the Brussels answer to Galleria Vittorio Emanuele II in Milan.  Visit to do some high end shopping or stop for a cafe.  Alternatively, visit when it’s quiet to pose for Instagram pictures.

National Basilica of the Sacred Heart 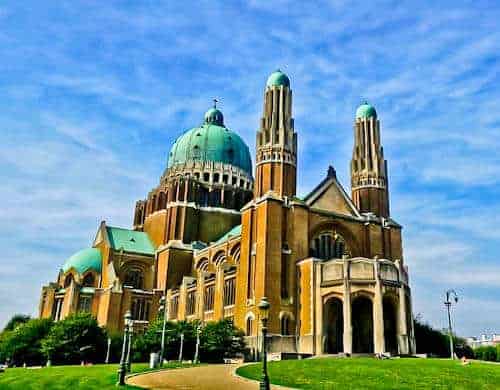 The National Basilica of the Sacred Heart is a must see in Belgium.  If not for the fact it is one of the largest churches in the world, visit because it’s visually stunning and therefore a top Instagram spot.  This church can get very busy but if you visit at sunrise you should have the surroundings to yourself.  For those who like to pose for elaborate Instagram photos, you should consider this a top Instagram spot in Brussels.  Stand on the winding road in front of it for a memorable photo. 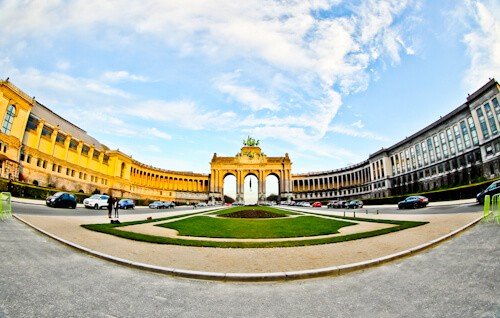 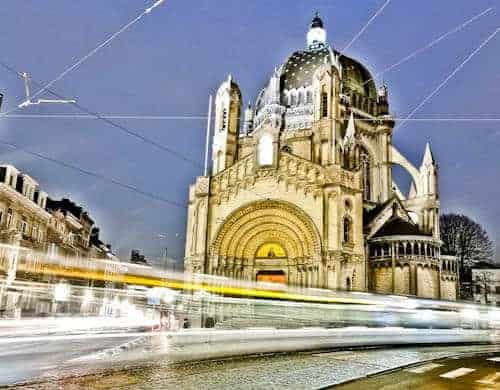 Saint Mary’s Royal Church is a worthwhile walk from the historic center of Brussels.  Not many tourists know about this church therefore it’s likely to be empty when you visit.  Moreover, it’s visually stunning which makes it perfect for Instagram photos.  Additionally, professional photographers will enjoy capturing this church and can make use of the many tram lines around it to visually enhance it more. 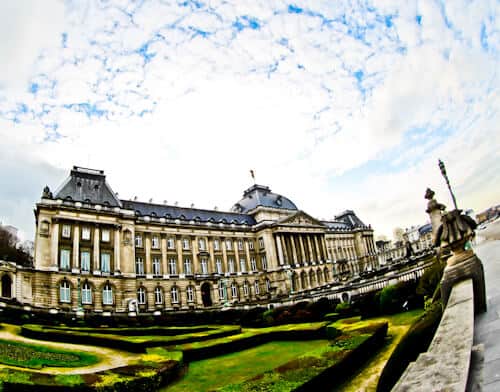 The Royal Palace is a must visit in Brussels as it’s the home of the King and Queen of Belgium.  In fact, a few months each year it’s possible to visit the palace, the rest of the year however, you must view it from the adjacent street.  A visit here is the equivalent of visiting the famous London landmark, Buckingham Palace.  Opposite the Palace is Brussels Park which is surrounded by beautiful Belgian architecture including the Center of Fine Arts and Chamber of Representatives. 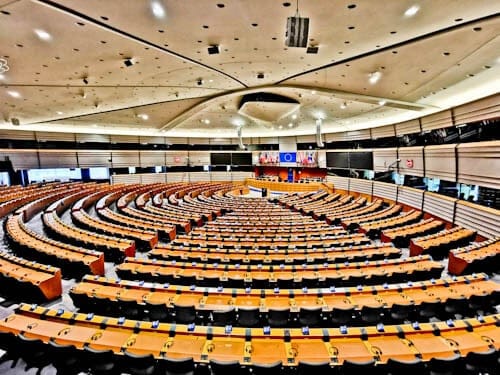 Belgium is the de facto capital of the European Union.  For this reason, there are several European parliament buildings.  One such building is the Parlamentarium which is the visitor center for the European Parliament.  If you are interested in politics then you must take a tour of the building.  It’s the largest parliamentary visitor center in Europe and on a tour you’ll visit the famous Hemicycle (above) which you’ve probably seen on TV.  Check the schedule before arriving to confirm its opening times.  Entrance is free but security is tight. 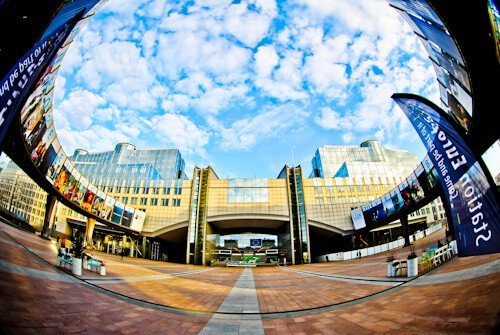 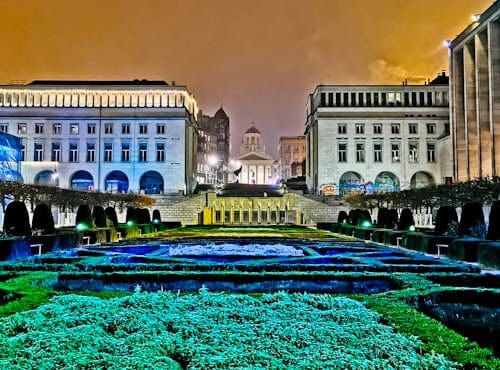 Many visitors believe Mont des Arts is the most beautiful park in Brussels.  Firstly, it’s surrounded by stunning buildings in every direction.  Secondly, it features a well kept park in the center.  In addition, it keeps a good degree of symmetry which makes it visually pleasing.  I recommend you visit at sunrise or sunset when this park becomes majestic. 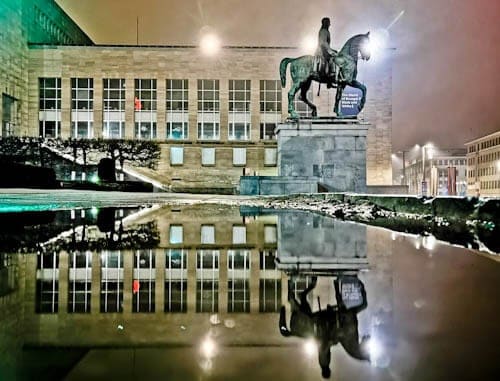 The city center park is open 24 hours a day so it’s worth popping by at nighttime.  Night photography can be magical at Mont des Arts. 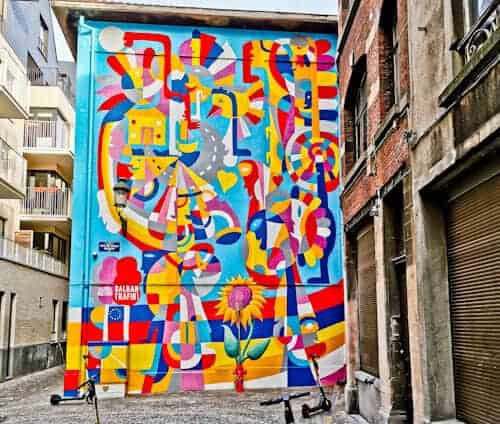 As you would imagine, the Belgian capital is full of street art.  As you explore the city keep your eyes open for stunning artwork.  The art photographed above is in the historic center, adjacent to Grand Place.

The Heysel football stadium is where Liverpool infamously played Juventus in 1985 European Cup Final.  An hour before kick off the Liverpool fans charged at the Juventus fans which led to a wall collapsing and lots of Juventus fans being killed.  Subsequently English teams were banned from all European competition for several years.  There’s now a plaque at the stadium in memory of those who died on this day.  Heysel stadium is adjacent to the Atomium.  I’m lucky enough to have taken both a Juventus stadium tour as well as an Anfield stadium tour.  However, there is no Heysel Stadium tour available therefore you can only visit on a match day.

How to get from Brussels to Ghent 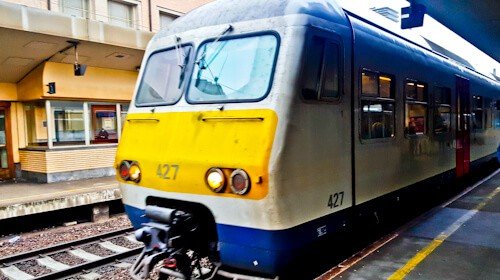 Trains leave Brussels for Ghent very regularly and take less than 40 minutes for around €7.  You can take the train from any of the major Brussels train stations as they pass through all of them.  Make sure you buy your ticket from a machine before boarding the train and enjoy the journey!