Things to do in Bucharest + Largest Parliament Building

Bucharest is the capital city of Romania and home of the largest parliament building in the world.  Things to do in Bucharest;

Palace of the Parliament 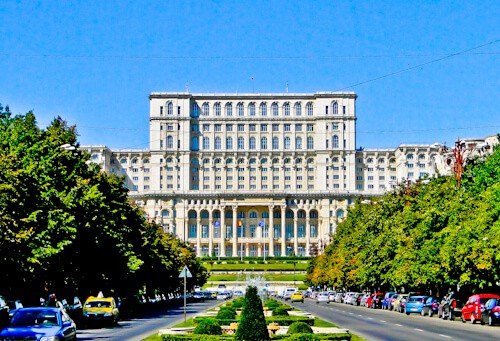 The Palace of the Parliament is the 2nd largest administrative building in the world after the Pentagon in USA.  Furthermore, if you could pick buildings up it would be the heaviest building in the world.  An interesting fact about the palace is that by volume it’s larger than the Great Pyramid of Giza.  Finally, it’s the largest parliament building in the world.  As well as being home to the Romanian Parliament there are also 3 museums located in the Palace.  The most popular of the museums being National Museum of Contemporary Art.  The building is only 30% occupied meaning 70 % of this massive palace remains empty.

Palace of the Parliament Inside 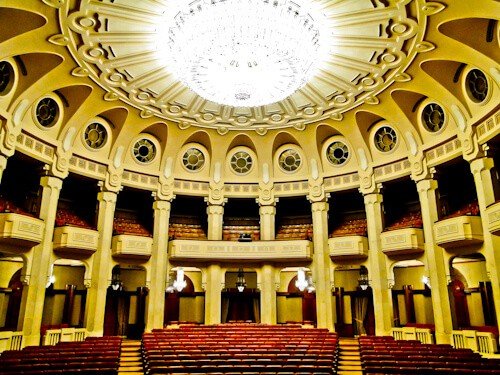 The palace was made for the former Romanian dictator, Nicolae Ceausescu.  For this reason, it’s often referred to as Ceausescu’s Palace.  After an earthquake in Bucharest in 1979 he decided to redesign the city.  He decided that the palace would be the new center of Bucharest.  In 1984, after removing buildings together with people that were in the way, work started on the Palace.  It was made by soldiers under forced labor conditions.  It’s amazing there was so much poverty in the country at this time but Ceausescu had the funds to build this palace.  In 1989 however, before the Palace was complete Ceausescu was killed during a violent revolution in his country.  The palace was finally completed in 1997. 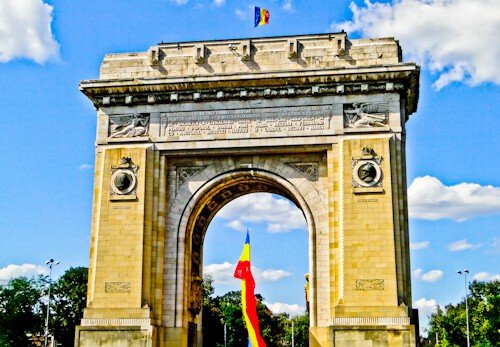 Bucharest has its very own Triumphal Arch.  It was built to celebrate Romanian independence from the Ottoman Empire in 1896.  However, it was rebuilt in 1922 to celebrate the end of World War 1.  The Arcul De Triumf you see today was made in 1936.  Did you know, there’s also a triumphal arch in Pyongyang, North Korea?

Adjacent to the Arcul De Triumf is Herastrau Park.  Lake Herastrau is in the center of the park which is perfect for reflection photography.  You can take reflection shots of the surrounding greenery and buildings.  In addition, the park features a Japanese Garden therefore you don’t have to go all the way to Japan for cherry blossom season. 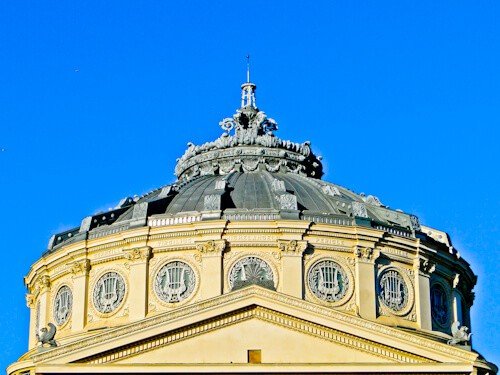 In the center of the Bucharest is the Romanian Athenaeum.  This concert hall is one of the most famous landmarks of Bucharest.  Although not a UNESCO world heritage site, it has been awarded the European Heritage Label.  You’re welcome to walk around the grounds and take photos.  The best place to photograph it from is the front with the gardens. 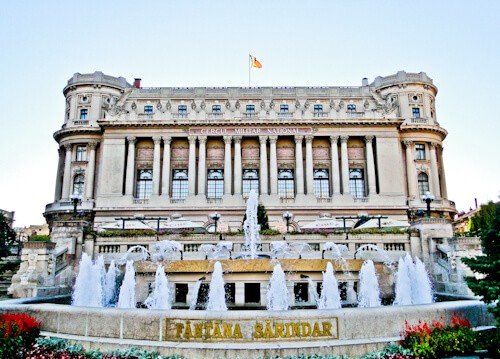 Museum lovers have plenty of museums to visit in Bucharest;

The Palace of the National Military Circle is one of the most stunning buildings in Bucharest.  Although not a museum you can visit the grounds and there is a restaurant on the terrace

If you are traveling to Bucharest with kids there’s a kid friendly park called Tineretului Park.  However, the park is not in the center of the city but you can reach it easily by metro.  There is a section of the park called Kids Mini-town which has rides and areas for kids of all ages.  Lastly, you’ll also find a lake which is perfect for reflection photography of the surrounding landscapes. 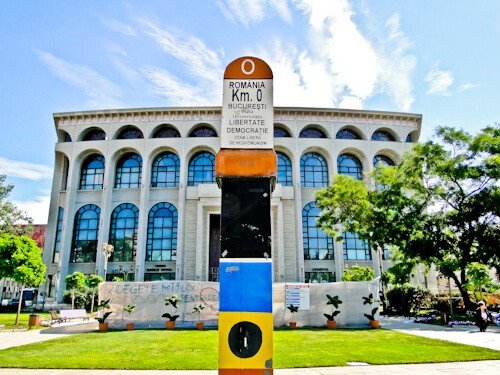 To mark the center of Bucharest is a monument called Kilometer Zero.  I have seen similar monuments in Minsk, Belarus, as well as Melaka, Malaysia.  An interesting fact is that the distances to other towns and cities are measured from this point.

Bucharest to Suceava by Train

The train from Bucharest to Suceava takes around 7 hours.  There are many direct trains to Suceava and even a night train.  The night train leaves Bucharest close to midnight and arrives in Suceava at 6am.  The train I went for was the early morning train which arrived in Suceava mid afternoon.  Taxis in Bucharest have a bad reputation but the taxi which took me to the train station early morning used the meter and didn’t talk which was perfect.