Things to do in Budapest + UNESCO Sites

Budapest is the capital city of Hungary which is located on the river Danube.  Things to do in Budapest.

Hotels in Budapest are good value.  As a matter of fact, I stayed in one of the cheapest Eurostars I have ever stayed in. 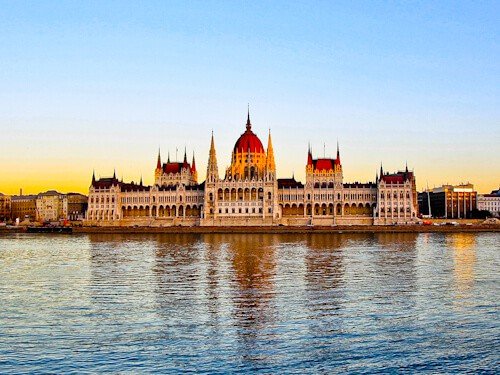 For me, the Hungarian Parliament building is one of the most impressive structures in Europe.  This Gothic style building was completed at the start of the 20th century.  It’s possible to visit the interior as the parliament only use a small portion of the building.  I found the best way to photograph it was from the opposite side of the Danube.  On a calm day with no wind you can get a perfect reflection shot.   The Hungarian Parliament building is one of the UNESCO sites on the banks of the Danube.  Lastly, it’s a top Instagram spot in Budapest. 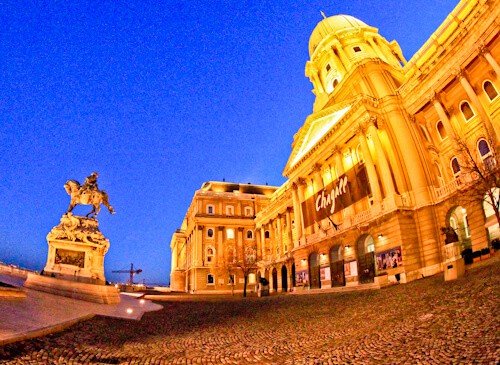 The whole castle area of Budapest is a UNESCO site.  Buda Castle was built in the 13th century for the Hungarian royalty.  In the 19th century the castle was improved and expanded which was when the palace was added.  As the castle and palace are visible from all over city of Budapest they’re probably best photographed from the other side of the river.  It’s connected to the city by the funicular and Chain Bridge.  From the castle, there’s a panoramic view of the city, Chain Bridge, Hungarian Parliament Building, river Danube as well as St Stephen’s Basilica. 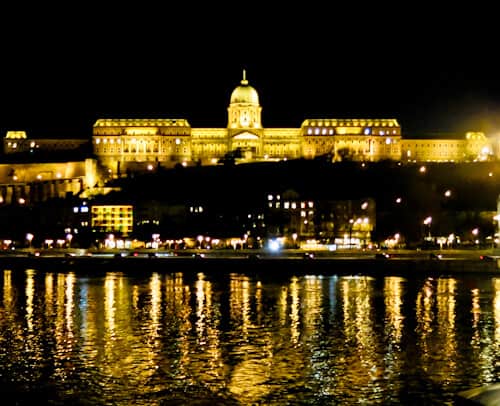 Located inside Buda Castle is the Hungarian National Gallery.  It features artwork by famous Hungarian artists.  I recommend the gallery if you’re an art lover and have a lot of time to visit the castle.  Additionally, there are more 2 art museums close to Heroes Square in central Budapest.  These are the Palace of Art and the Museum of Fine Art.  As a matter of fact, the Palace of Art is considered to be the premier art museum in Budapest. 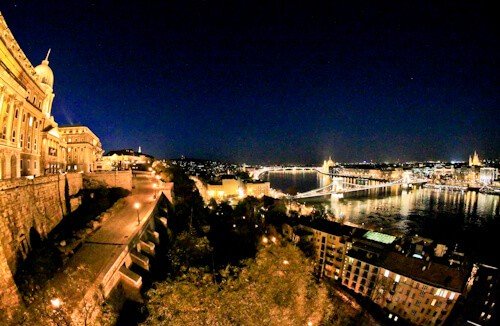 The Citadella is located on the top of Gellert Hill offering wonderful views of the UNESCO banks of the Danube.  Furthermore, the Liberty Statue, Gellert Hill Caves as well as the thermal baths are also close to the Citadella.  The Citadella is a fortress which was completed in 1854.  It was constructed in 4 years by forced labor.  An interesting fact is the fortress was used during the second world war and some of the original weaponry remains.  Nowadays of course it’s a popular tourist attraction. 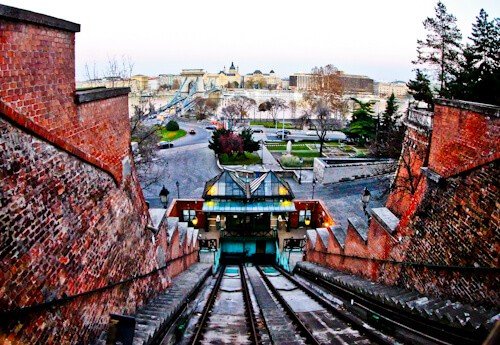 It’s a steep walk up Castle Hill, for this reason a Funicular is available.  The funicular takes you to the entrance of Buda Castle.  I visited late afternoon on a cold day which meant it was empty but I’d imagine it gets busy during the summer.  You can either take a one way ticket up and walk down or get a return ticket.  The trip up Castle Hill probably takes less than 2 minutes.  Did you know the shortest funicular ride in the world is located in Zagreb, Croatia? 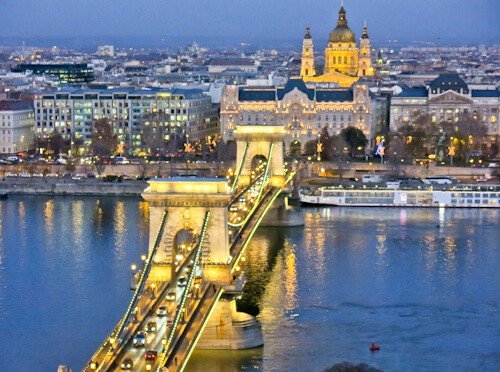 Chain Bridge is one of the most popular things to do in Budapest.  It connects the Buda side of the river Danube with the Pest side.  In fact, this was the first permanent bridge in Hungary that crossed the Danube.  It was designed by Englishman William Tierney Clark who also designed the Marlow bridge.  This is a smaller but similar bridge which crosses the river Thames in Marlow, England.  Furthermore, a wonderful viewing point is from Buda castle with St. Stephen’s Basilica in the background.  Another good viewpoint is from the other side of the Danube with the castle in the background.  Lastly, another notable bridge in Budapest is the footbridge called Liberty Bridge which like the Chain bridge crosses the Danube. 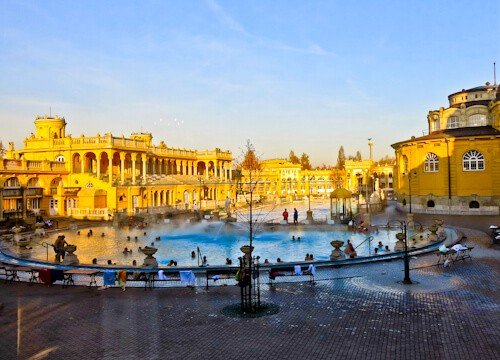 The Szechenyi thermal baths, also known as the Szechenyi medicinal baths are the largest in Europe.  They’re named after a popular Hungarian politician called Istvan Szechenyi.  These are the Hungarian version of the Blue Lagoon in Iceland, just a whole lot cheaper!  What’s more, the complex was opened in 1913 and the water is supplied from 2 nearby natural thermal springs.  Finally, the buildings around the baths are very Instagrammable.

Heroes Square (Hosok Tere) is a large square and UNESCO world heritage site.  It’s adjacent to the Szechenyi medicinal baths in City Park.  The square reminded me of the Children’s Heroes Monument in Chapultepec, Mexico City.  Lastly, art lovers will love the square as it’s close to the Museum of Fine Art as well as the Palace of Art. 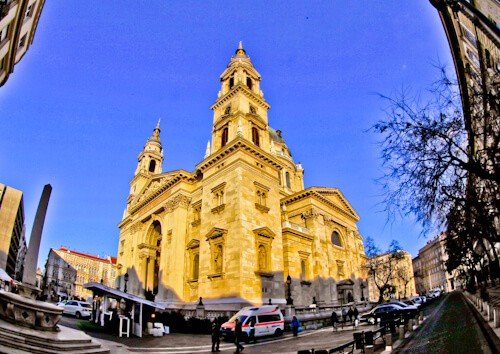 A short walk from St. Stephan’s is the State Opera House.  As with the Opera house of Bratislava, it’s one of the most beautiful buildings of the city.  Finally, if you’re interested in watching opera check out the schedule. 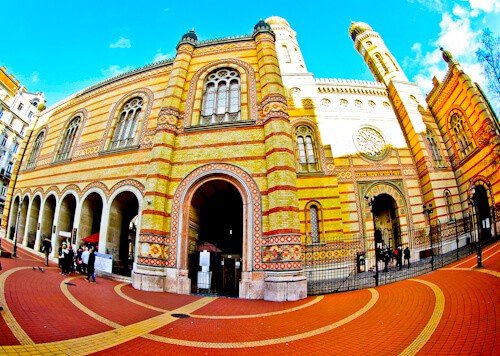 The Dohany Street Synagogue is the largest synagogue in Europe and the second largest in the world.  Of course, the largest synagogue in the world is located in Jerusalem.  The synagogue complex houses the Jewish museum, Heroes Temple, Jewish Cemetery as well as the Courtyard Memorial.  The memorial remembers the Jews who were murdered by the Nazis during world war 2.  It’s believed more than 400,000 Hungarian Jews were killed during the holocaust.

Vajdahunyad Castle was built at the end of the 10th century.  It is a unique building because it has the influence of Roman, Gothic, Baroque and Renaissance.  The castle is lakeside meaning you can take a good reflection photograph of it. 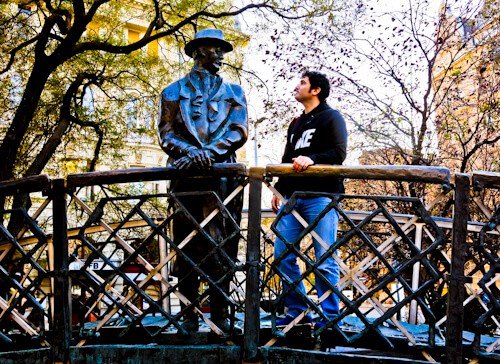 Martyrs Square is located behind the Hungarian Parliament building.  On top of the bridge is a sculpture of a man named Imre Nagy.  Imre Nagy was the prime minister of Hungary during the Soviet era.  He tried to free Hungary from the communist regime which the Soviet regime considered treason.  As a message to other communist countries at that time he was tried for treason and sentenced to death.  As a result of his contribution to the freedom of Hungary, he is considered a national hero.

How to get from Budapest to Bucharest

Flixbus go directly from Budapest to Bucharest at a low price.  For this reason I recommend Flixbus.  More importantly, there’s free WiFi, chargers as well as comfortable seats.  Enjoy the scenery!