Caracas is the capital city of Venezuela in South America.  Things to do in Caracas Venezuela;

Caracas is a dangerous city, you should take care of yourself there and prepare for potential problems from both police and locals.  I was robbed by a policeman in Ciudad Bolivar. 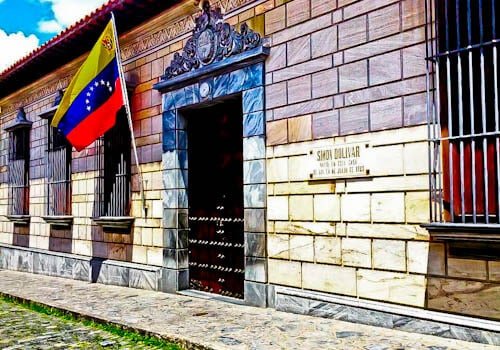 Simon Bolivar was the liberator of both Venezuela and South America.  For this reason, you’ll see many plazas, streets and monuments in his honor throughout South America.  He was born in Caracas Venezuela and you can visit his house.  Of course, it’s now a museum in honor of this national hero.  Furthermore, there’s a popular Simon Bolivar plaza in Cartagena, Colombia where you can buy Botero artwork. 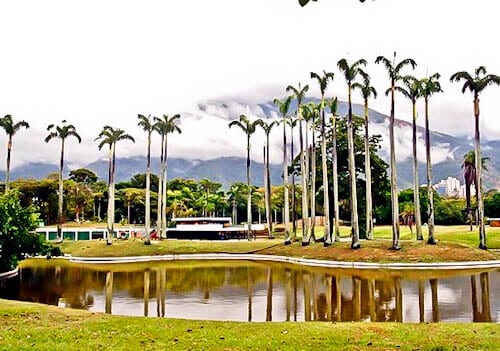 Firstly, Generalisimo Francisco is a Venezuelan hero and the Parque del Este is named in his honor.  The park is famous for its tall palm trees and beautiful lake.  If you visit, you’re guaranteed to come away with stunning reflection photos with the Venezuelan mountains as a backdrop. 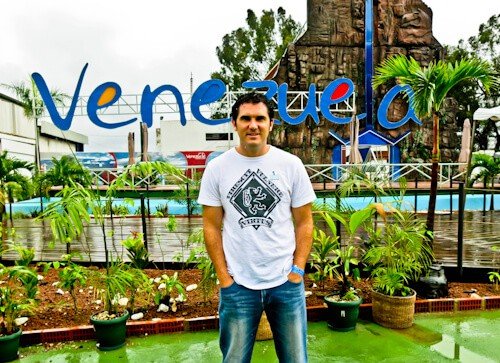 As you know, I love to take a picture by a country sign!  The Venezuela sign is adjacent to the cable car, Teleferico de Caracas. 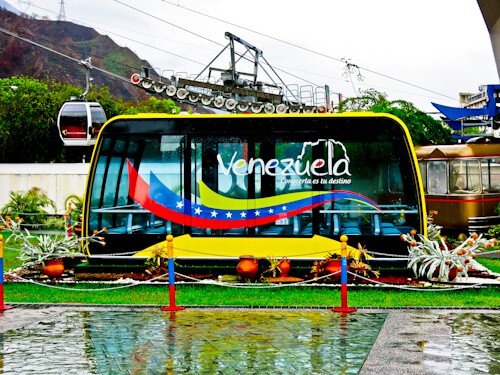 The cable car rises El Avila Mountain giving great views of the city of Caracas.  Photographers who wish for a Caracas panoramic should make the 3.5km ride to the top.  Having said that, when I reached the top I was in the middle of a cloud and couldn’t see anything.  You have to take the bad luck with the good luck, you cannot control the weather! 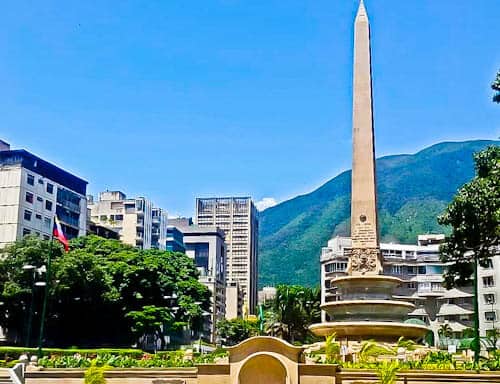 Adjacent to the entrance to El Avila National Park is the Altamira neighborhood.  Here are several hotels, restaurants and it’s where most tourists choose to stay.  Lastly, the main landmark of Altamira is Plaza Francia which features an Obelisk similar to that of Buenos Aires. 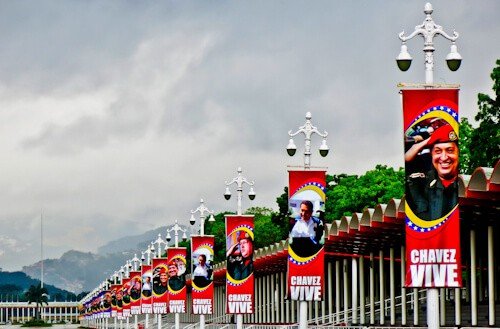 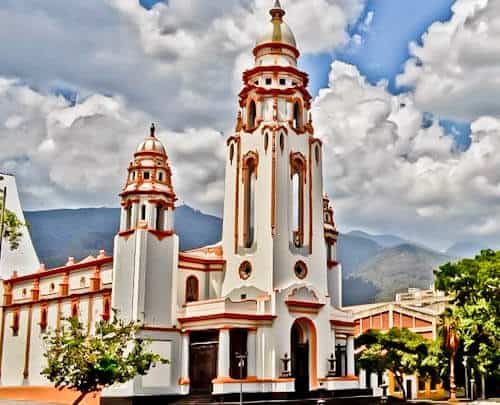 The National Pantheon of Venezuela is the final resting place of several Venezuelan heroes.  There are hundreds of heroes buried here including Simon Bolivar.  As a matter of fact, there are also several Simon Bolivar monuments inside the Pantheon. 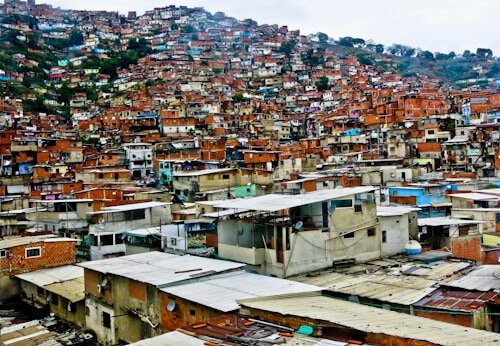 If you arrive by cruise ship, La Guaira Cruise Port serves Caracas, Venezuela.  I had prearranged my day tour to Caracas with Pullmantur direct from the ship.  There was nothing going on in La Guaira, other than a few street vendors, so it was good I organized the tour to bypass it and go directly to the capital city, Caracas.

How to get from Caracas to Curacao 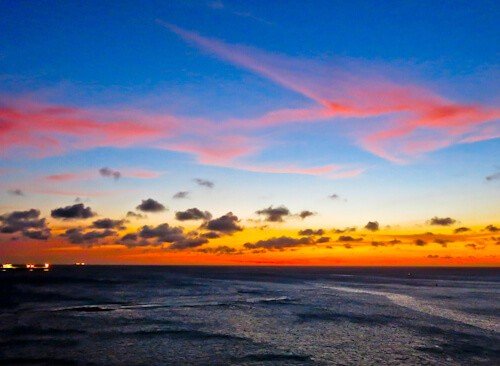 The Pullmantur cruise ship left La Guaira port at dusk, sailing into a beautiful sunset.  It felt good leaving the ugly port town of La Guaira, knowing that when I wake up the next morning I will be on the beautiful island of Curaçao, Netherlands Antilles.