Things to do in Chisinau – Moldova

Chisinau is the capital city of Moldova which is landlocked between Romania and The Ukraine.  Things to do in Chisinau;

There are a decent amount of reasonably priced hotels in Chisinau.  I chose in the Hotel Cosmos which is a historic Soviet era hotel. 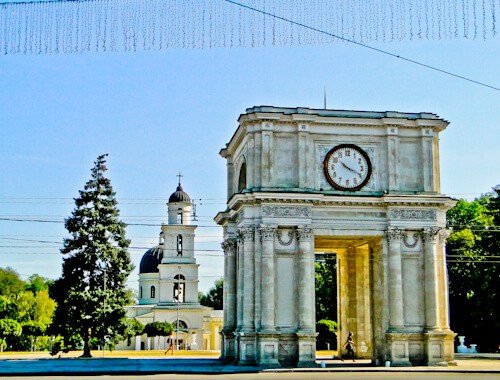 Located in the center of Chisinau is it’s very own Triumphal Arch. It was built in 1841 to commemorate the victory of the Russian army over the Ottomans.  It’s also known as the Arc de Triomphe or the Holy Gate.  Moldova is a young country which gained independence in 1991 when the Soviet Union broke up.  The independence celebrations were held at the Triumphal Arch.  There is talk about Moldova unifying with Romania and joining the EU but for now it’s an independent European country outside of the EU.

Did you know there are also triumphal arches in Bucharest, Thessaloniki and even Pyongyang, North Korea? 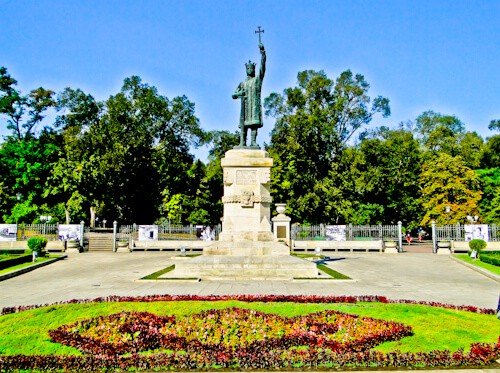 Stephen the Great Central Park is located in the center of Chisinau.  As a matter of fact it used to be called Pushkin Park.  In the 1820’s Alexander Pushkin himself used to stroll around the park.  Additionally, the park is a popular meeting place for lovers and often referred to as the ‘park of lovers’.  If you’re meeting someone in Moldova for a date, you may want to meet in this park!  Within the park is an avenue full of statues and busts.  These busts are famous Moldovan and Romanian authors and social figures.  Finally, there are a few rides for kids, so if you are visiting Chisinau with kids you may want to check out this park. 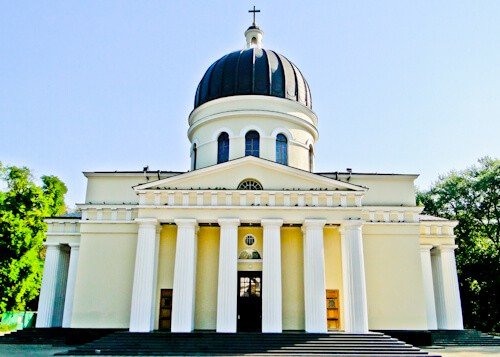 The Nativity Cathedral was built in the 1830’s and is the most important orthodox church in Moldova.  It’s also a stunning and picturesque building.  The church has twice been seriously damaged, particularly during world war II.  However, the church you see nowadays was reconstructed in 1997 and appears brand new.  Lastly,   there is also a Nativity Cathedral in Riga Latvia. 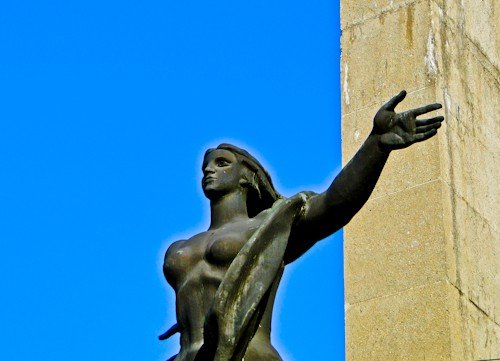 The Liberation monument of Chisinau was erected to commemorate the liberation of Moldova in 1944.  The Soviet Union annexed Moldova from Romania at the end of the second world war.  For this reason, they speak Romanian in Chisinau.  The monument looks like a smaller version of the Washington Monument in the USA. 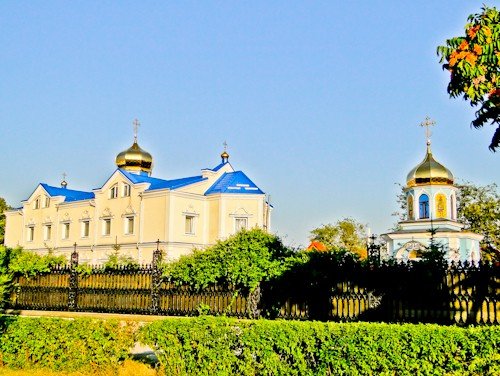 Chisinau has a large selection museums including;

Additionally, the Noul Neamt Monastery is another building worth photographing.

Chisinau to Odessa by Minibus

The minibus from Chisinau Nord station to Odessa takes around 3 hours.  You have to be careful which bus you take to Odessa because some pass through Transnistria.  Transnistria is a country not recognized by the UN as the UN classes Transnistria as being part of Moldova.  You may be questioned by immigration whilst passing through the unrecognized country, in fact you may not get stamped out of Moldova at all.  I chose a minibus which did not pass through Transnistria but afterwards I wish I had.  It would have been another country to add to the list.