Things to do in Denali National Park Alaska

I share a list of things to do in Denali National Park Alaska.  Here are a few places to visit with original photography. 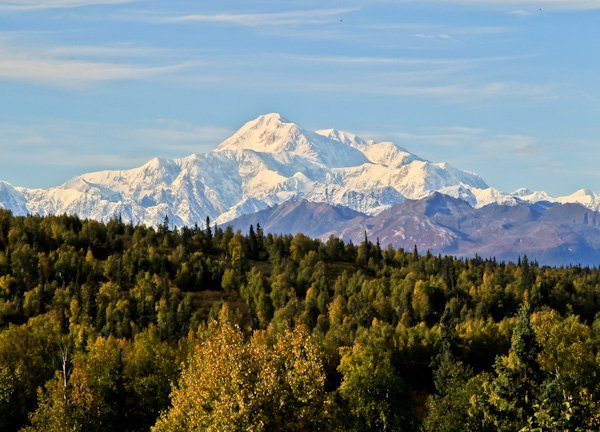 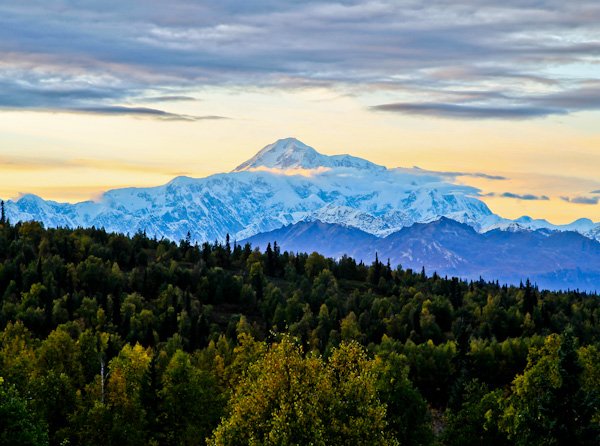 The original inhabitants of Alaska, the Koyukon people named the mountain Denali centuries ago.  In 1896 however, a gold prospector gave the mountain the name Mount McKinley after a presidential candidate, William McKinley.  William McKinley did go on to become the 25th president of the US before being assassinated in 1901.  In 2015 the peak was rightly renamed Denali Mountain. 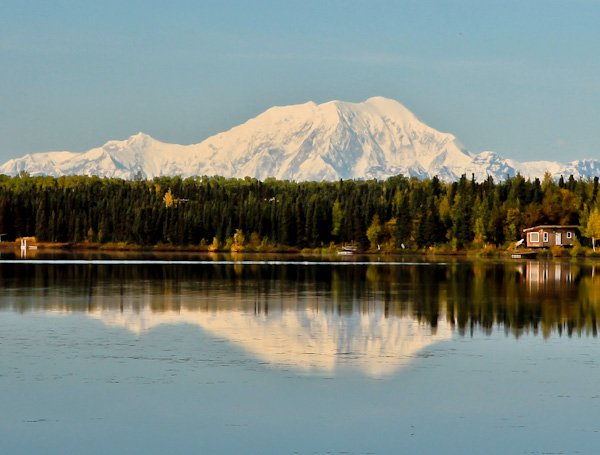 When you visit Denali National Park you must be lucky to have weather on your side.  I was blessed with perfect views of the 6,190 meter high peak.  Good luck with the climate when you visit!  As you’ll soon see, on my second day the weather changed and I could no longer see such majestic views. 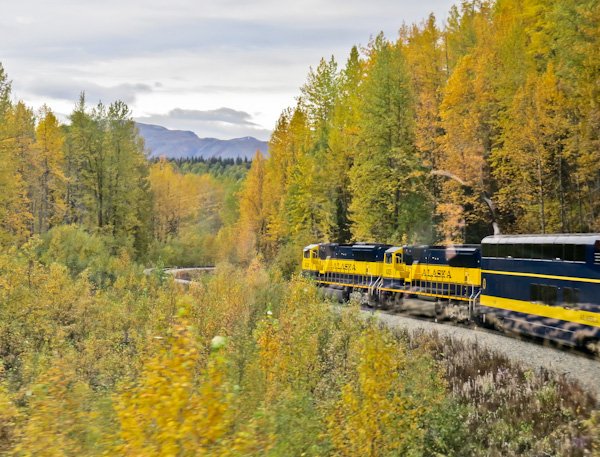 There are 6 million acres of national park therefore consider spending a few days here.  Additionally, the longer you stay, the more chance you have of clear weather. 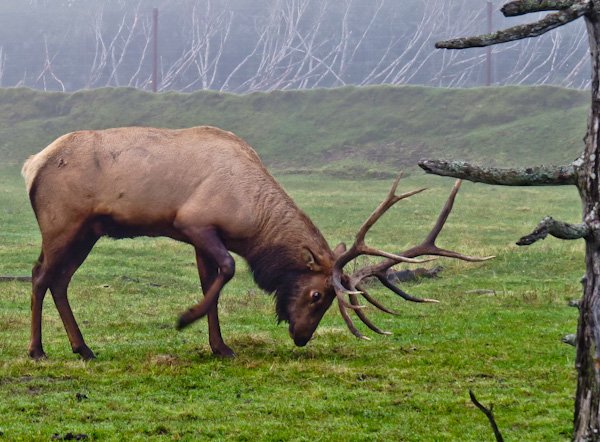 A highlight of any visit to Denali National Park is a wildlife viewing tour.  A wildlife viewing tour is included as part of the Princess land cruise itinerary.  The advantage of being on a bus is that the bus driver is a trained naturalist who has a lot of experience looking for wildlife and ensuring the safety of the passengers.  There is also a bus full of people looking for wildlife so it’s more likely you’ll have wildlife sightings.  No doubt there will be a few false alarms too.  Wildlife to look out for include;

If you are not here as part of an organized tour it’s still possible to reserve your place on a wildlife viewing tour. 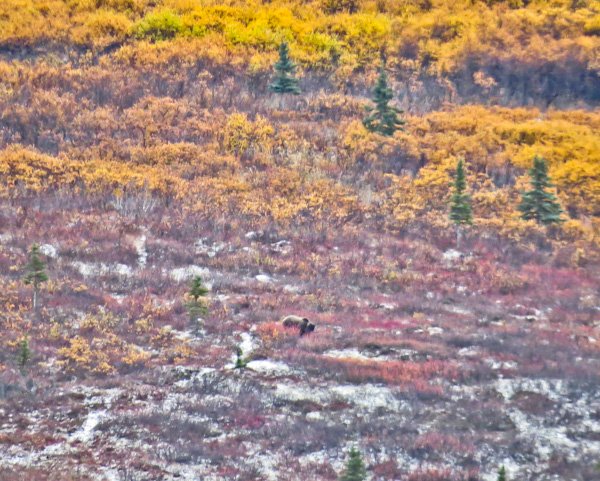 A grizzly bear was spotted during my wildlife tour of Denali National Park.  However, it was on a hill over a kilometer away therefore difficult to see.  The best place to see bears is at Ketchikan Alaska when they are lured in by the salmon run. 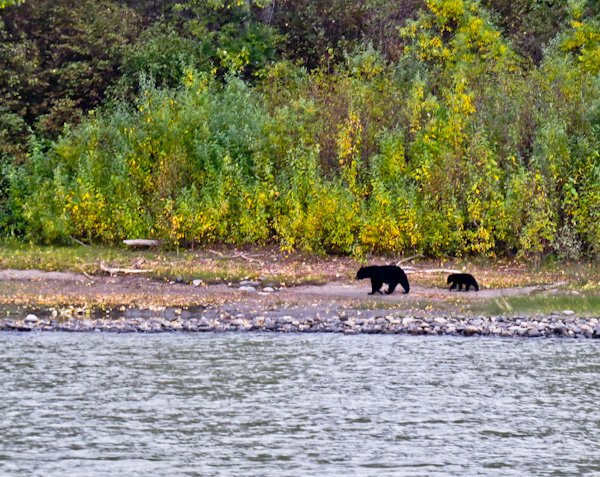 I was lucky enough to see a black bear and cub walking alongside the river in Denali National Park. 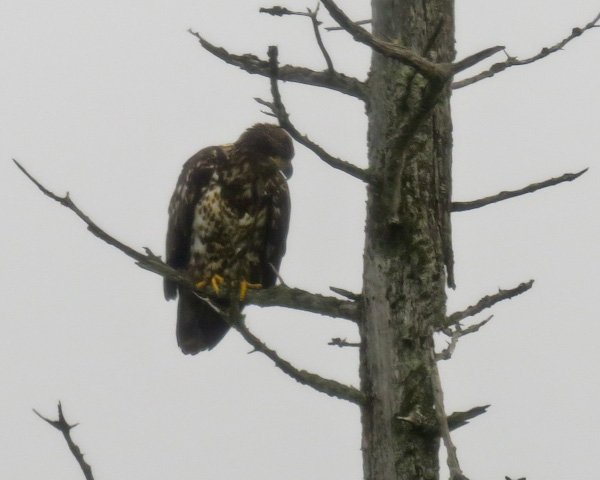 Golden Eagles are huge birds of prey which call Denali home.  Read about my Bald Eagle sighting on an iceberg in Juneau Alaska. 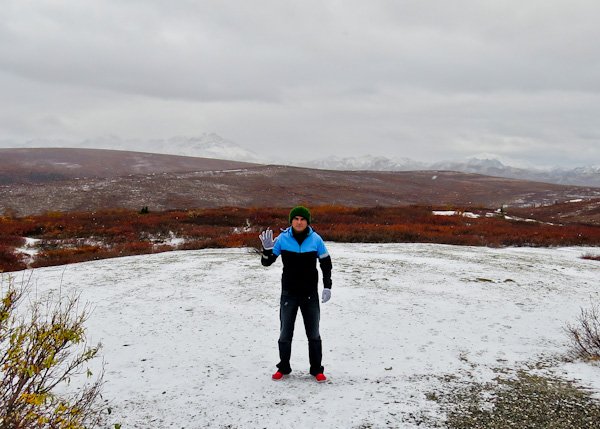 Due to the amount of danger in Denali National Park, hiking is only possible with a park ranger. 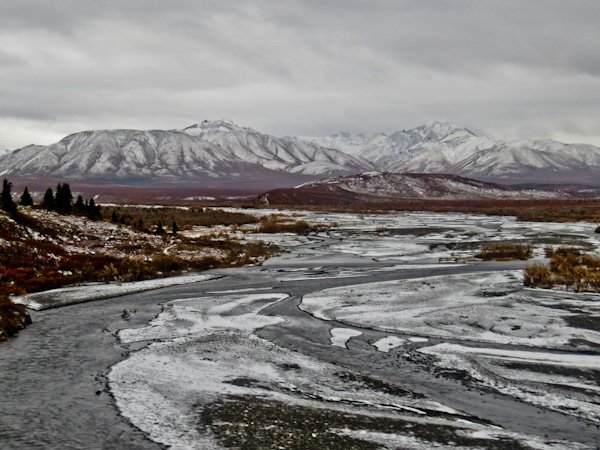 A massive 16% of the park is made up of glaciers.  As a matter of fact Denali National Park is home to the 71 km Kahiltna Glacier which is the longest in Alaska.

Where to Stay in Denali National Park 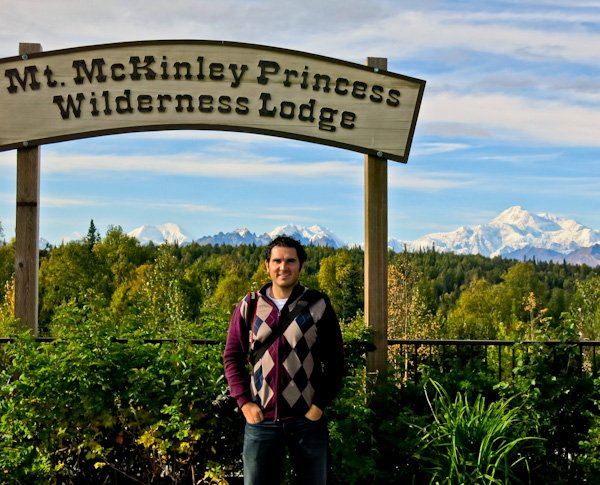 As part of the Princess Alaska inland cruise I stayed at the Mount McKinley Princess Wilderness Lodge.  This offered great views of Denali Mountain, especially at sunset.  The big question however is, will they change the name of the lodge after the official name change of the mountain?  As I write, it’s still known as the Mount McKinley Lodge.  Being from England I was happy to find that the restaurant here served delicious fish and chips.  Is there a better way to view Denali than from a warm restaurant enjoying fresh Alaskan fish and chips?

How to Travel from Denali National Park to Fairbanks 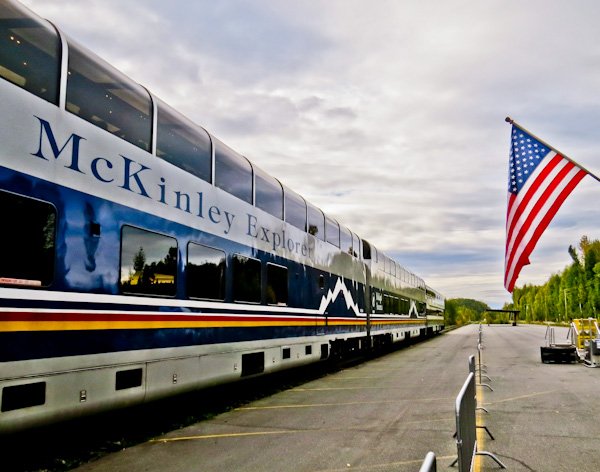 Unique to the Princess overland cruise is a ride on the Princess Rail network.  This is glass-domed train which gives great views of Denali National Park.  The bear photo I posted above was not actually taken on the wildlife tour but from the train.  Essentially, a ride on the train is also a wildlife tour.  In fact, the friendly stewards on the train will inform all passengers of any wildlife sightings.  Not only do you see wildlife but the scenery is very colorful too, I was there as fall was starting so the leaves on the trees were changing colors.

Every journey must come to an end, my final destination on my Antarctica to Alaska by land trip is Fairbanks.

Things to do in Fairbanks Alaska