Things to do in Ghent + UNESCO sites

Ghent is the fourth biggest city in Belgium.  Things to do in Ghent include;

Prices for hotels in Ghent are reasonable, good luck finding a deal! 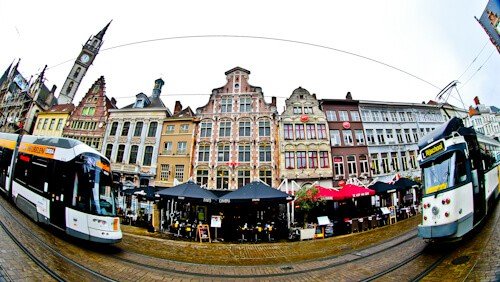 The historic center of Ghent is spread around the Korenmarkt which is the central square.  As with all Belgian cities, you’ll see lots of beautifully colored buildings surrounding the central square.  The good news about this city is that you can walk to all the things to do in Ghent from the Korenmarkt.  Historically, Ghent was the second biggest city in Europe during Medieval times. 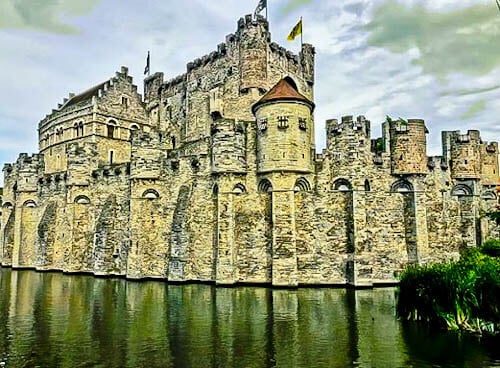 Gravensteen is a Medieval Castle and also the iconic landmark of Ghent.  It was built in the 12th century and has a very interesting history.  In the past 900 years, Gravensteen has even been used as a prison.  Today, it’s a tourist attraction with a museum.  Check the Gravesteen webpage for the latest events. 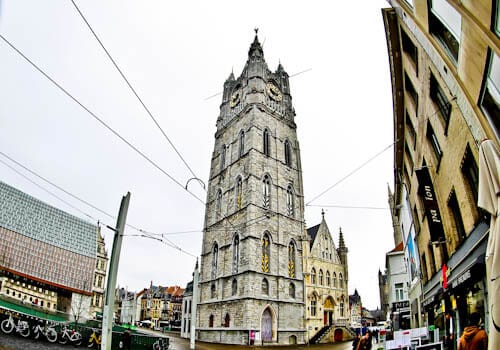 The Belfry of Ghent is 91 meters tall, as a result, it’s the tallest tower in Belgium.  In addition, it’s a UNESCO world heritage site.  It’s possible to ascend the Belfry for an aerial view of Ghent. 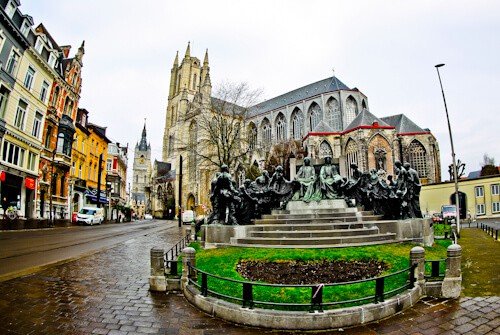 St Bavo’s Cathedral has the second tallest tower in Belgium after the Belfry of Ghent.  As a matter of fact, it’s 89 meters tall which makes it just 2 meters shorter than the adjacent belfry.  Be sure to enter the Saint Bavo’s and view the majestic interior. 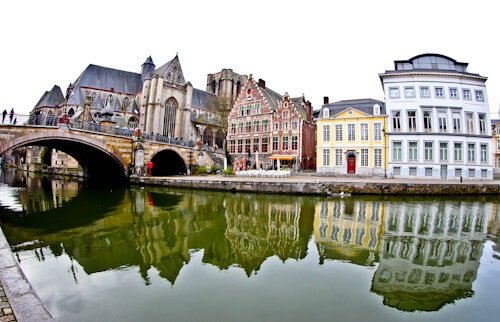 Saint Michael’s is a Gothic church which dates back to the 12th century, however, the Gothic elements were built in the 15th-16th centuries.  With the river passing by, the church as well as the colorful houses are very picturesque. 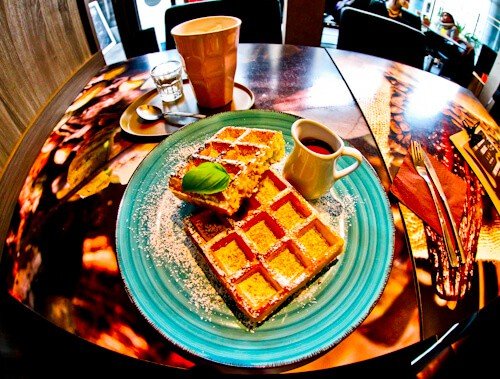 No doubt you’ll enjoy many €2-€3 waffle shop waffles during your time in Belgium.  Comparatively, you may decide to try an expensive waffle in a restaurant.  The waffle will come with melted Belgian milk chocolate which you can pour on as you wish.  I chose Chocolato cafe which is opposite Saint Michael’s church to enjoy my Belgian waffle indulgence. 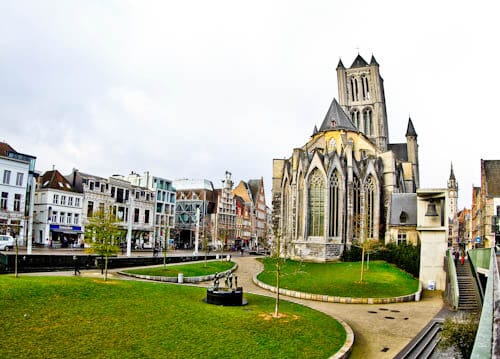 The Ghent skyline is made up of 3 Gothic towers.  I’ve mentioned the Belfry as well as St Bavo’s cathedral.  The other tower of this trio is that of the Saint Nicolas’ Church.  If you enjoy photographing Gothic architecture you’ll be in for a treat in this city! 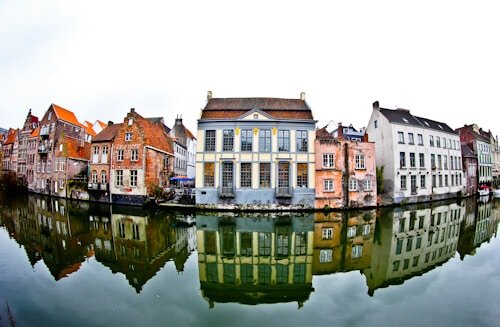 How to get from Ghent to Bruges 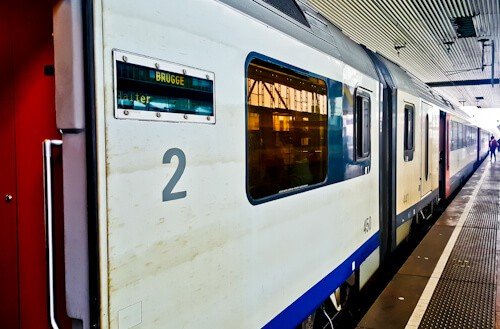 Trains pass regularly between Ghent and Bruges.  The journey is less than 30 minutes and costs around €7.  I recommend walking from the historic downtown of Ghent to the train station to burn off all the extra calories gained from eating Belgian waffles.  Alternatively, you can take the tram.