Things to do in Luxembourg + Underground

Luxembourg City is the capital of Luxembourg, one of the smallest countries in Europe.  Things to do in Luxembourg include;

Most people think that Luxembourg is only Luxembourg City, but the country is a lot bigger than you think.  There are many hiking opportunities in the country which would warrant more than a single night stay.  Finally, hotels in Luxembourg are on the expensive side. 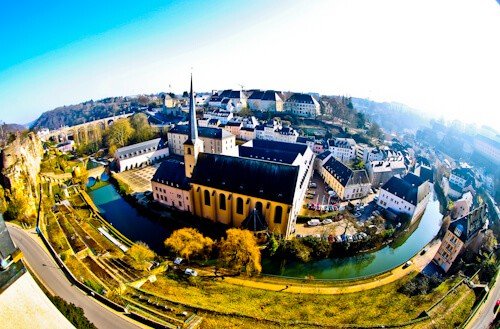 St John Church is in a valley, as a result it’s very photogenic.  For me, St John Church is the iconic landmark of Luxembourg.  It’s surrounded by the colorful Alzette river which adds to the beauty of the church.  Not only is it an incredibly beautiful church and location but you can walk along the top of Bock Casemates and photograph it from aerial vantage points.  The church dates back to the 17th century and features Baroque furniture as well as an impressive organ. 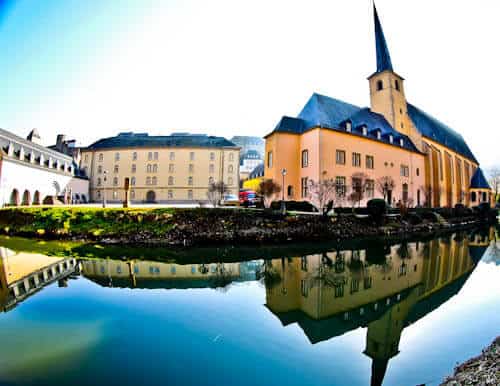 Adjacent to the St John Church is Neumunster Abbey.  Today, Neumunster Abbey is a cultural center but it hasn’t always been such a peaceful place.  It has been a French prison as well as a prison during World War II.  Before this, of course it was a peaceful religious building.  I mentioned you can photograph Neumunster Abbey from an aerial vantage point on the Bock Casemates.  Another beautiful angle to photograph it from is the opposite side of the Alzette river.  As a result you’ll have some pretty reflection shots. 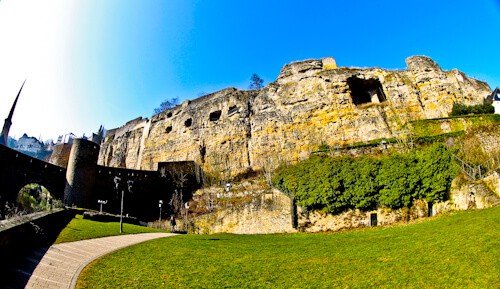 The Bock Casemates fortification dates back over 1,000 years.  Today it’s possible to visit some tunnels and stairways inside as well as walk on top of it which is a main road into the city.  It’s from the top where there are wonderful vantage points of St John Church and Neumunster Abbey.  Most of the Luxembourg fortifications were destroyed in the 19th century.  The underground however, could not be destroyed or parts of the city would be destroyed.  For this reason, they have been preserved and you can visit them today.  An interesting fact is they were used as bomb shelters during World War II.  Did you know, Luxembourg is also referred to as the Gibraltar of the north? 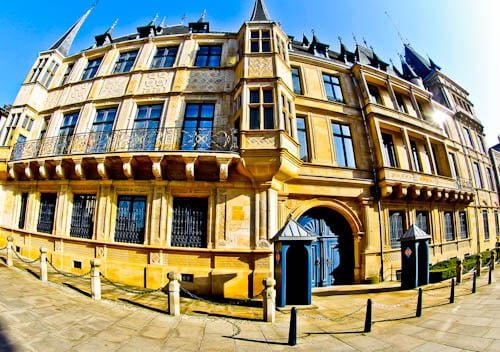 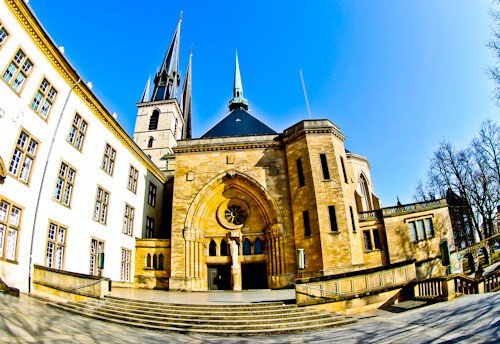 Located in downtown Luxembourg City you’ll find the Notre-Dame Cathedral.  You may be thinking, hold on, isn’t this in France?  There are actually many Notre-Dame Cathedrals all over the world from Africa to America.  In actual fact, I wrote about one in Nice, France.  The Notre Dame of Luxembourg dates back over 400 years but has been modified with Gothic architecture.  Lastly, the stunning national library is adjacent to the Notre-Dame.

Mudam is officially known as the Grand Duke Jean Museum of Modern Art.  It’s the most popular museum in Luxembourg.  An interesting fact about the museum is that it’s built on a historic fort.  Check out the latest exhibitions on the official Mudam Museum page. 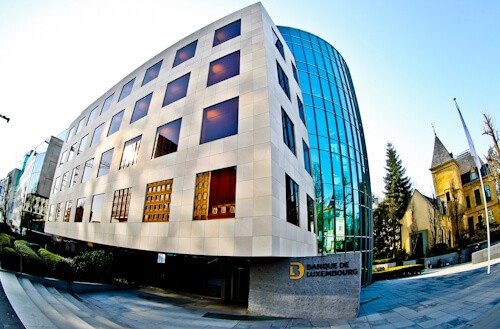 Luxembourg is a top tax haven within the EU (Switzerland is not in the EU).  Whilst waking around you’ll see plenty of banks, in fact there are over 141 banks in Luxembourg.  Luxembourg offers security to investors which other tax haven countries such as those of the Caribbean can’t offer.  As a matter of fact, Luxembourg states that it’s a European center of finance which doesn’t encourage anyone to engage in tax evasion.  With that in mind, with all the banks and money here, there must be some tax evasion going on. 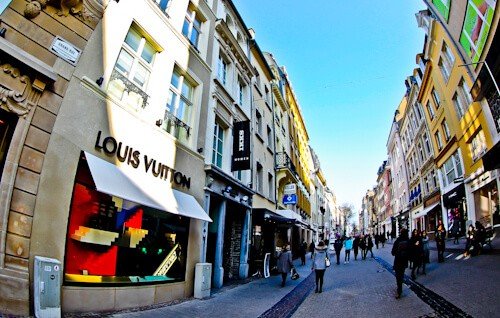 The main shopping street in Luxembourg City is called the Grand Rue.  As there are many banks and consequently lots of money in Luxembourg, you’ll find lots of high end shops, restaurants as well as hotels located in this part of town.

There is an award winning cultural route through Luxembourg City called the Wenzel Circular Walk, you can pick up a leaflet from the tourist information office or download it before you go.

How to get from Luxembourg to Brussels by Train 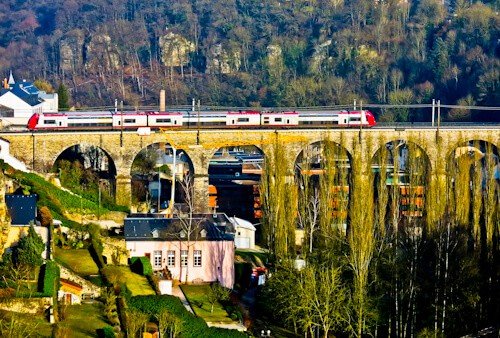 Trains from Luxembourg City to Brussels are direct, take less than 3 hours and cost around €40 one way.  Furthermore, if you’re traveling all over Benelux, you could try the Benelux train pass which covers travel in Belgium, Holland and Luxembourg.  Alternatively, another option is the Benelux + Germany pass which includes Germany too.  When you leave on the train from Luxembourg to Brussels, you’ll pass over the Passerelle, Luxembourg Viaduct.

How to get from Luxembourg to Brussels by Bus 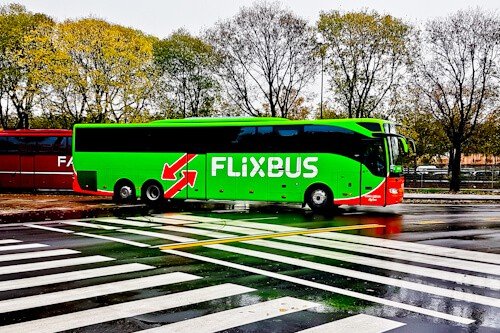 The cheapest option to get to Brussels is by Flixbus which offers direct services from Luxembourg to Brussels.  There are several journeys each day which take around 3 hours.  As always with the Flixbus service, you have complimentary WiFi as well as phone chargers.  Enjoy your trip to Brussels!