Things to do in Pristina Kosovo

Kosovo is the newest country in Europe and its capital city is Pristina.  Things to do in Pristina Kosovo include;

I was staying in the Hotel Denis, as a result I could walk to the things to do in Pristina Kosovo.  Furthermore, there’s an excellent coffee shop and restaurant in front of the hotel. 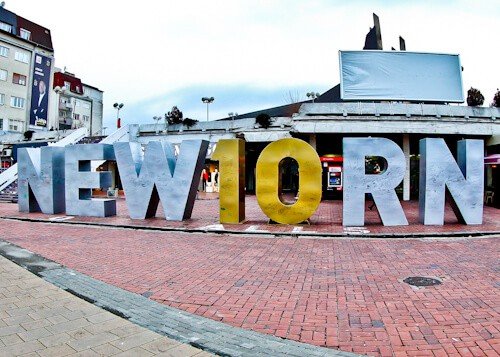 Kosovo declared independence from Serbia on February 8th 2008.  On this day, the NEWBORN monument was placed in center of Pristina.  As a result it’s a symbol of the prosperity of Kosovo and its people.  As I was visiting on the 10th anniversary, it had been modified to celebrate this fact.  Famous singer, Rita Ora was born in Kosovo in 1990 during the Yugoslav wars.  Of course in this time Kosovo was still a state of the former Yugoslavia.  For this reason her family relocated to London.  However, Rita Ora returns to her homeland to perform music concerts.  As a matter of fact in her music video, Shine Ya Light, she dances on the NEWBORN sign. 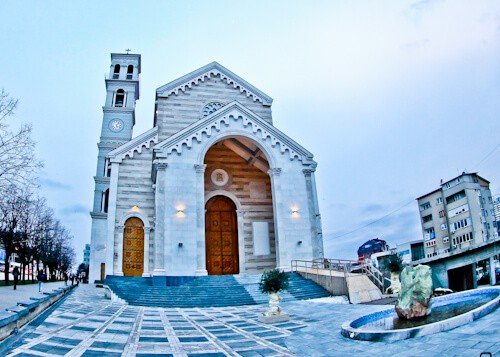 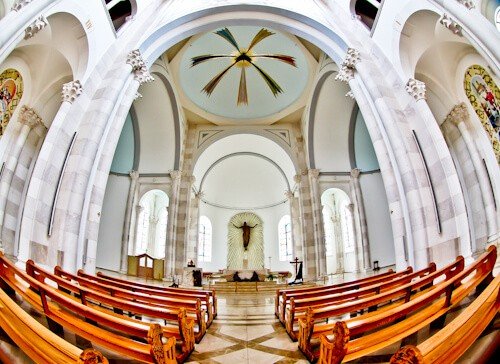 You’re welcome to enter the cathedral for viewing but must respect anyone praying inside.  Moreover, the interior is stunning so it would be a shame not to enter. 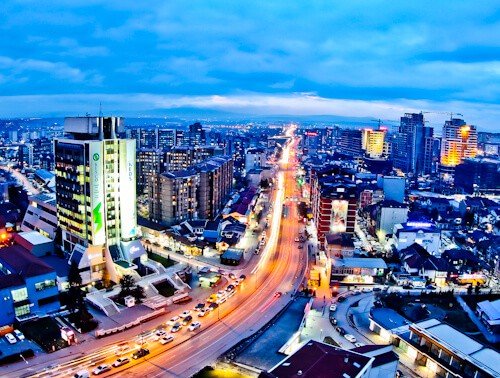 The Bell Tower is one of the tallest buildings in Pristina, Kosovo.  As a result you can ascend it for panoramic views over the Kosovo capital.  Additionally, entrance is less than a Euro and an elevator takes you to the top.  I recommend visiting at sunset, so you can see both the golden hour as well as the Pristina city lights alighting. 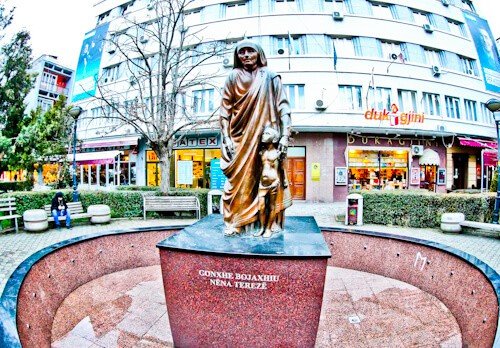 In honor of the late Mother Teresa, a statue of her helping a homeless child has been erected.  An interesting fact about the Mother Teresa statue is that there have been several requests to remove it.  The main reason is because Mother Teresa is in fact from Skopje, Macedonia.  However it still remains, due to the fact that she represents good in this world. 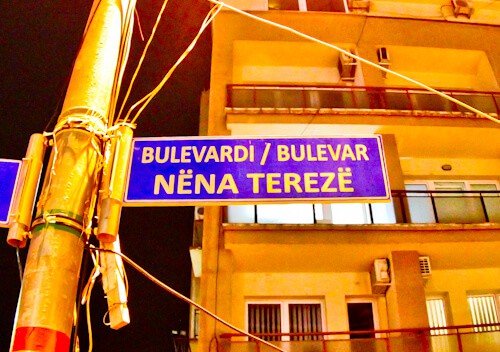 One of the top things to do in Pristina Kosovo is take a walk on Mother Teresa Boulevard.  This is in fact the main pedestrianised street of Pristina.  For this reason there are shops, cafes, restaurants as well as bars.  Furthermore, there are a lot of Pristina Instagram spots along this boulevard.  After you’re done posing for photos you can sit at one of the outdoor cafes and enjoy a coffee. 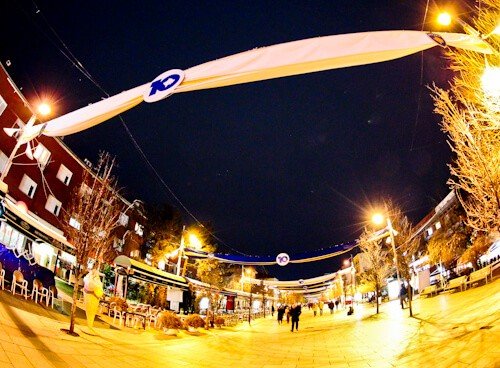 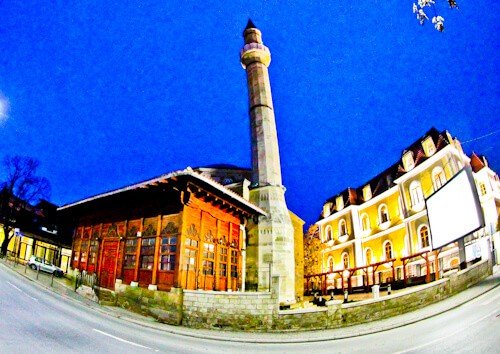 Kosovo is majority muslim country, therefore you’ll pass several mosques.  The Imperial mosque is the famous mosque of the city but there are several other beautiful ones around the city.  For me, the most beautiful mosque is the Jashar Pasha mosque which is adjacent to the Kosovo museum.  As a result, you’ll certainly see the Jashar Pasha mosque if you plan on visiting the Kosovo museum.

Kosovo Museum – Things to do in Pristina Kosovo

The Kosovo museum is located in a yellow building of Austro Hungarian architecture.  For this reason, it’s worth visiting just to see the building itself.  Furthermore it’s the largest museum in Kosovo.  To truly learn about the history of Kosovo, I recommend you visit this museum. 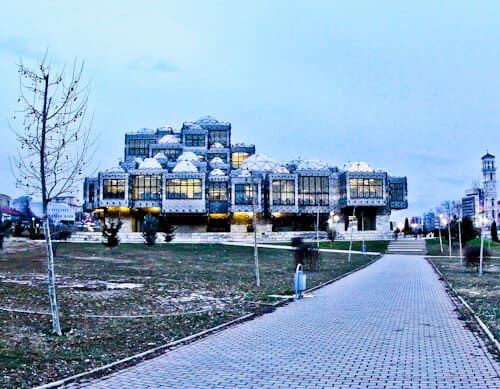 When I saw Kosovo library, I actually thought it would make a beautiful Instagram picture.  I later discovered however, that this has been voted one of the ugliest buildings in the world.  On the contrary, I believe on a sunny day in summer, the library will photograph beautifully.  When I was in Pristina it was below freezing, as a result the library and surroundings appear cold in my picture.  The Kosovo library architecture has been described as futuristic and was designed by a Croat.  Furthermore, this library contains information on all things related to Kosovo and its history.

The Abandoned Cathedral church of Christ the Saviour 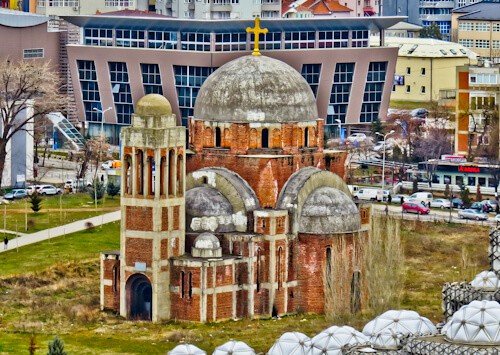 In the center of Pristina is an abandoned Serbian orthodox church.  This was due to be completed but became abandoned in 1999 because of the Kosovo war.  I asked a local about the abandoned church and he described it as a Milosovic church which will be destroyed.  How much longer will it stand for?  Will it be completed or will it be destroyed?  Alternatively, could it become the next unfinished Sagrada Familia? 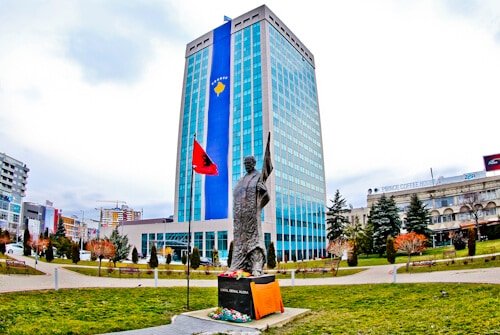 By far the most modern building in Pristina is the Public Services Ministry.  There’s nothing inside for tourists but as a photographer it’s an interesting building.  A huge Kosovo flag is draped down the side of the building.  This architecture is modern therefore completely different to the Kosovo Library architecture which is futuristic! 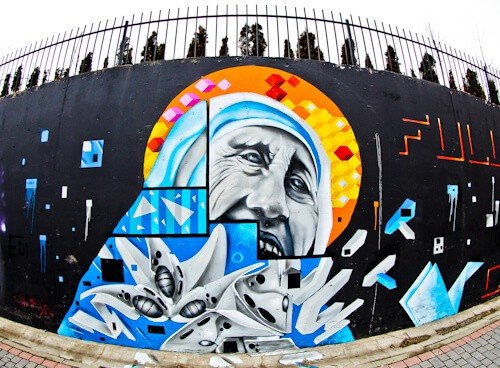 Street art in Pristina has taken much influence from the recent past of the Kosovo war and Yugoslav wars.  As a result you’ll see some very interesting street art in Pristina.  As a matter of fact, there is an area of the city dedicated to street art.  The walls that line the main road, Rruga B are covered with interesting street art.  As I mentioned in the Mostar Sniper Tower, street art has a stronger message in places affected by war. 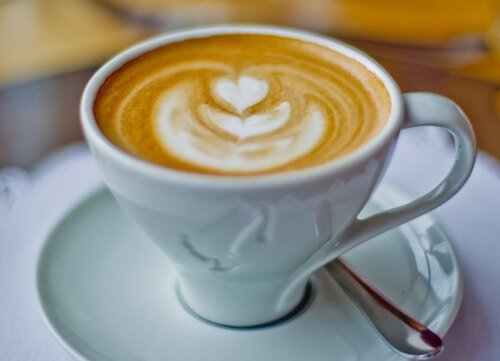 The people of Pristina know how to enjoy a good coffee.  As a result there’s a coffee culture throughout Kosovo.  You’ll come across countless coffee shops throughout the city.  Furthermore, the price of a coffee is half a Euro in most establishments.  I enjoyed several excellent coffees in the restaurant at Hotel Denis as well as delicious, freshly prepared food. 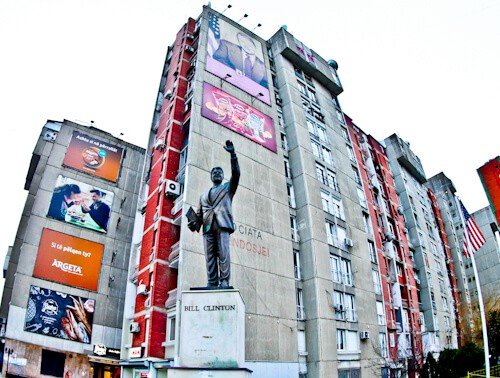 When most people hear about Kosovo they immediately think about war.  In fact, that’s the only reason the media would mention Kosovo.  A major player in the creation of Kosovo as an independent country was Bill Clinton.  For this reason, they celebrate the fact with a statue of him in front of some communist era apartment blocks. 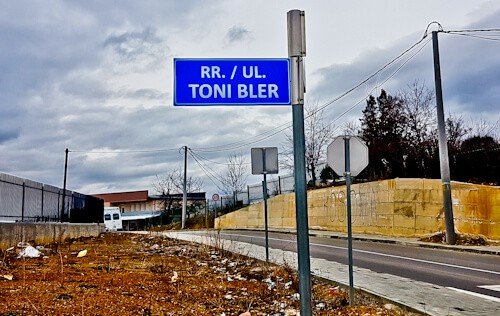 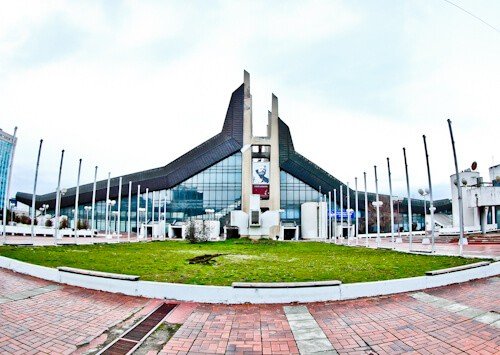 The Kosovo Youth and Sports Center deserves a mention because it’s such a unique building.  Perhaps unique enough to be a Kosovo Instagram spot?  Furthermore, Rita Ora filmed some of her, Shine Ya Light music video in this sports center. 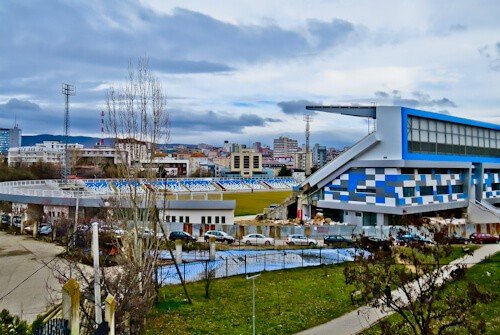 Fadil Vokrri Stadium was formerly known as the Pristina City Stadium.  It’s the home of Pristina FC as well as the Kosovo national team.  If you’re lucky, when you’re in town there’ll be a game.  It has recently been upgraded to a UEFA 4 star stadium, as a result it can host major European games.  The capacity is 13,500.  Additionally, both Snoop Dogg and 50 cent have performed concerts here.

How to travel from Pristina to Prizren 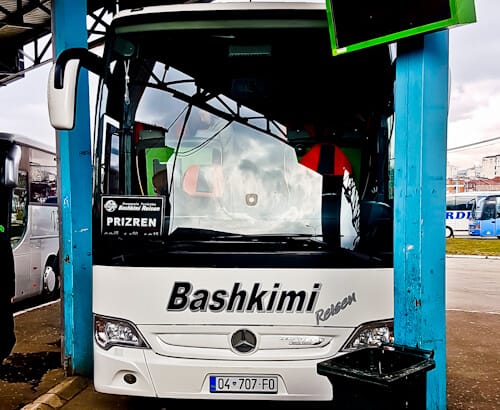 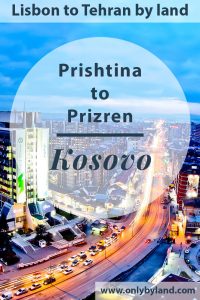