Things to do in Reykjavik + Northern Lights

Reykjavik is the capital city of Iceland in Northern Europe.  Things to do in Reykjavik;

In  Reykjavik, you’ll find many hotels however, they’re often on the expensive side.  For this reason, I strongly recommend airbnb in Iceland. 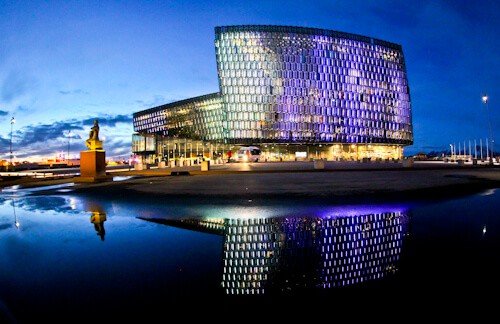 Harpa is a stunning building, especially at night with its colorful lights.  An interesting fact is the facade represents the basalt landscape of Iceland.  Harpa is the concert hall and conference center of Reykjavik.  The design of the inside of the building is just as stunning as the outside.  It’s worth going inside the Harpa building to both warm up as well as admire the interior.  I found the perfect place to photograph Harpa was directly in front of it using the artificial pond for a reflection. 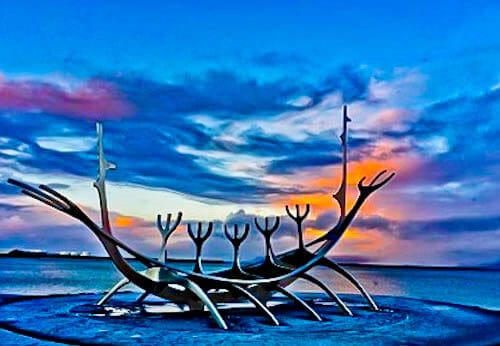 Something else you must photograph which is close to Harpa is the Sun Voyager.  The Sun Voyager is a steel boat sculpture and one of the important landmarks of Reykjavik.  The structure is huge and qualifies as an Iceland Instagram location.  Furthermore, it qualifies as a Reykjavik sunset location. 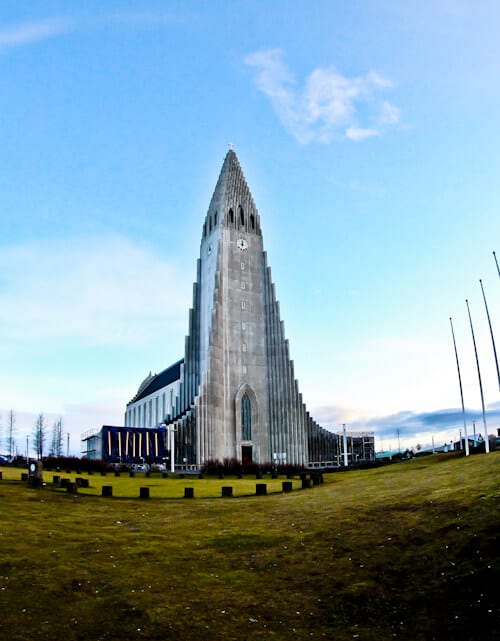 Hallgrimskirkja Cathedral is a unique and stunning structure.  Many comments on my Instagram post have compared this cathedral to a spaceship or space rocket!  Hallgrimskirkja Cathedral is a worthwhile 10 minute walk from central Reykjavik.  In fact, you can ascend the 73 meter tall tower for a stunning view of central Reykjavik, the cost is about $8.  Finally, outside the cathedral is a stall selling delicious Belgian waffles, perfect if you are in need of a sugar rush.

A short walk from Hallgrimskirkja cathedral is Frikirkjan i Reykjavik church which is adjacent to Tjornin Lake.  As a result you can make some wonderful reflection photography of this church.

Day Trips to the Golden Circle 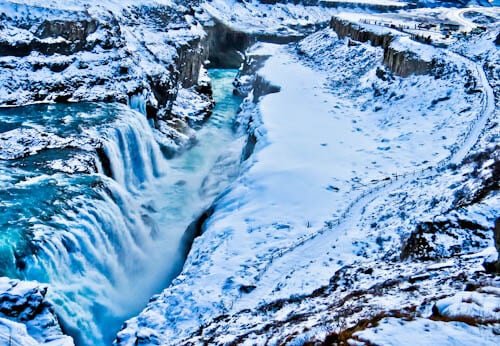 Iceland is one of the most beautiful countries in the world.  As a matter of fact, you can see much of its beauty on a Golden Circle day tour from Reykjavik.  Icelandic beauty you’ll see on the Golden Circle include; Geysir, Gullfoss as well as Þingvellir Game of Thrones location.  Read my Iceland Blog for more information on the Golden Circle experience.

Things to do in – Reykjavik Corrugated Iron Buildings 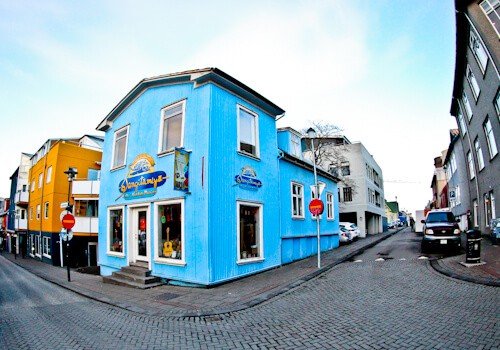 In Reykjavik you’ll see lots of colorful buildings made from corrugated iron.  Corrugated iron was originally imported from England in the 19th century but I’m sure they import it from China now.  After a serious fire caused damage to Reykjavik in the 20th century, a law was passed that buildings must be made of fire resistant material.  As corrugated iron is light, strong, resistant and inexpensive this became the material of choice and is now part of the Icelandic culture.  The colorful corrugated iron buildings are unique to Iceland and are extremely photogenic. 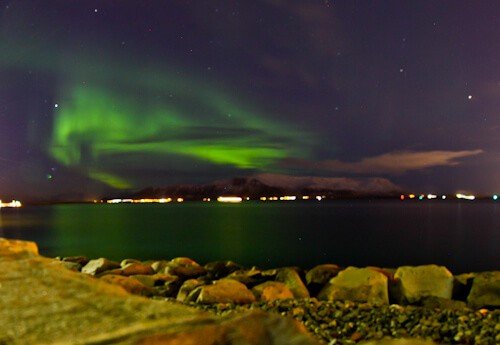 You have to be really lucky to see the natural wonder of the world, Aurora Borealis (Northern Lights).  As a matter of fact, I’ve been to both Norway and Alaska and not seen the Northern Lights.  When I visited Iceland, the forecast was cloudy the whole time, as a result, I thought I’d miss them for a 3rd time.  Fortunately on my final night the clouds disappeared and the lights came out.  They first appeared white, then changed to green and were very clear to the naked eye.  The photo I took was with the lens open for 20 seconds so the green is slightly stronger than what I actually saw.

Where can you see the Northern Lights in Central Reykjavik?

There is a dark rock beach beside Harpa, this is the best place to photograph Aurora Borealis (Northern Lights) in Reykjavik.  Another method you could use to see the northern lights is to stay in a hotel away from the city lights and hope they show.  Alternatively, there are also budget Northern Lights Tours leaving from Reykjavik every night.

How to get from Reykjavik to Seltun 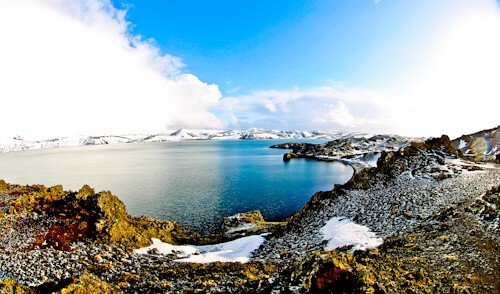 The drive from Reykjavik to Seltun takes about 1 hour and on the way you’ll pass Kleifarvatn Lake.  Kleifarvatn Lake has 2-3 viewing points and if you are there on a clear day you’ll receive beautiful views.  Around the corner from Kleifarvatn Lake you’ll arrive at Seltun geothermal area.

Seltun to the Blue Lagoon