Things to do in Riga + Art Nouveau District

Riga is the capital city of Latvia which was formerly part of the Soviet Union but is now part of the European Union.  As a matter of fact, Riga Old Town is a UNESCO site.  Here are a few things to do in Riga;

You’ll easily find a good value hotel in Riga.  In addition, you could try Airbnb, which is often better value than hotels in former Soviet countries.

Riga is a very walkable city therefore it’s possible to see nearly all the things to do in Riga on foot.  Furthermore, there are lots of local maps available free of charge, alternatively, you can use google maps to navigate the city.  If you don’t want to walk or the weather is too bad, there is a city bus tour which will take you to all the points of interest.  Finally, Old Town is full of good restaurants, bars and as well as good value hotels. 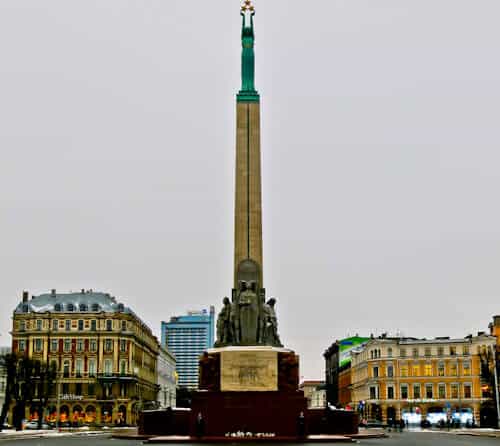 The Freedom Monument was erected in 1935 to honor the soldiers of the Latvian War of Independence (1918-1920).  An interesting fact is that it was never demolished or altered when Latvia was annexed to the Soviet Union.  When Latvia became independent again on May 4, 1990 thousands gathered at this monument to celebrate.  There are always two armed guards at the monument 24 hours a day, changing shifts, unless of course, the weather is too bad or too cold. 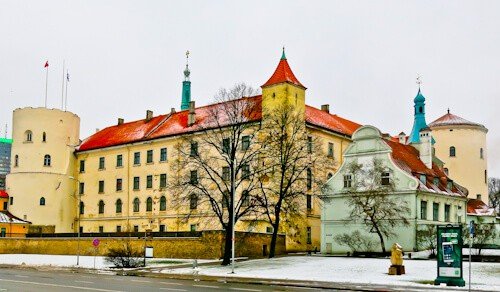 Riga Castle was founded in the 14th century.  Throughout the years however, it has expanded and been modified into what is has become today.  In most modern cities, the castle has become a tourist site.  All you need to do is look at neighboring Vilnius as examples of this.  Nonetheless, Riga Castle didn’t become a tourist attraction.  It is in fact the residence of the President of Latvia!

House of the Blackheads 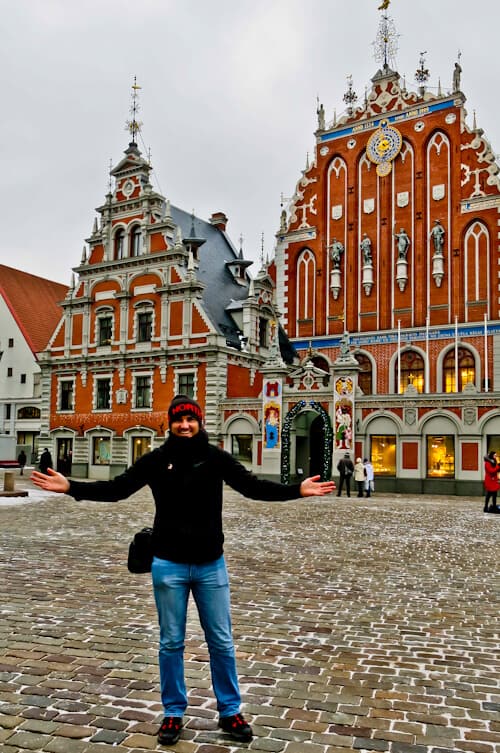 The house of Blackheads is a very impressive building built in the 14th century by the brotherhood of Blackheads.  This brotherhood included local unmarried merchants, shipowners as well as foreigners.  In 1580 and 1886 most of the decorations were added to the building.  Unfortunately it was bombed by the Germans in 1941 before being demolished by the Soviets in 1948.  The building you see today was built in 1995 and is a reconstruction of the original design.  It’s a beautiful building to photograph and also a top Riga Instagram spot.

When you come to Eastern Europe, especially former Soviet countries, you expect to see an elegant Orthodox Cathedral.  Riga doesn’t disappoint and its Nativity Cathedral challenges those of Kiev and even Moscow with it beauty.  An excellent location to photograph the cathedral from is the Radisson Blu Latvija.  This hotel not only offers aerial views of the cathedral but also of the whole city. 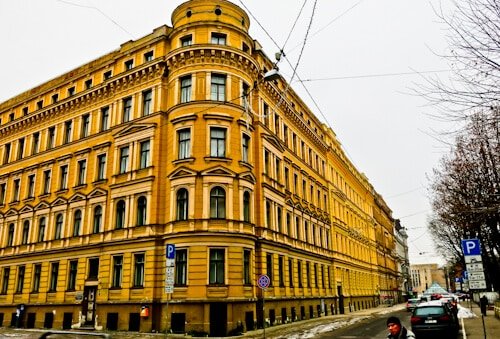 Architecture lovers may be overwhelmed during a walk through the Art Nouveau District.  There are city blocks lined with both elegant and colorful Art Nouveau style buildings.  What’s more, this district is adjacent to the UNESCO Old Town of Riga.  As a matter of fact there’s a particular blue building which is becoming a top Riga Instagram location.

How to get from Riga to Tallinn by bus 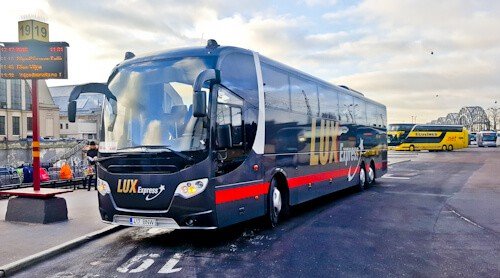 Riga bus station is located around the corner from the Riga train station.  Furthermore, there is no train service to Tallinn so you must go by bus.  The 2 main bus companies serving this route, Ecolines and Lux Express.  Services to Tallinn offer personal in-seat entertainment systems with movies, music, computer games and even your current GPS position.  Additionally, you can also make use of the phone chargers and free WiFi.  Lastly, the journey takes 4 hours and costs around €14.  Don’t forget, you can always look out of the window!

There was an interesting documentary made recently about Riga, Guy Martin, Our Guy in Latvia.  He is, like myself, a northerner but the reason he was in Latvia was because his Grandad was Latvian and he wanted to trace his routes.  It’s very interesting and he uncovers a lot of history about the country and people.