Things to do in San Jose Costa Rica + Day Trips

San José is the capital city of Costa Rica which is in between Panama and Nicaragua.  Things to do in San Jose Costa Rica;

You can find some good hotel deals in San Jose.  Alternatively, check out Airbnb.  San Jose makes the perfect base for day trips to the surrounding rainforests, coffee plantations and volcanoes. 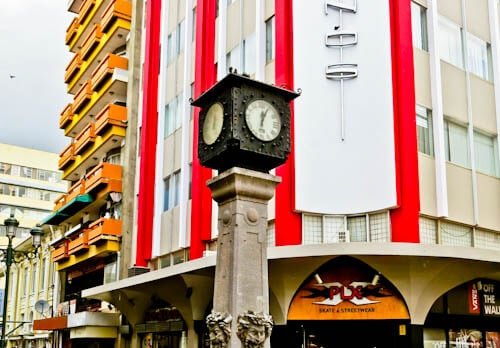 As you would imagine, San Jose is full of restaurants, bars, coffee shops as well as markets and shopping malls.  In addition, you’ll see several familiar fast food chains.  Things to see in San Jose Costa Rica include the iconic clock tower in the center.  Other poplar points of interest include the National theater of Costa Rica and Winchester Mystery House.  San Jose also has its fair share of Spanish colonial architecture and colorful buildings.  Finally, it’s safe to walk around the city during the day but you can go on an organised city tour if you prefer. 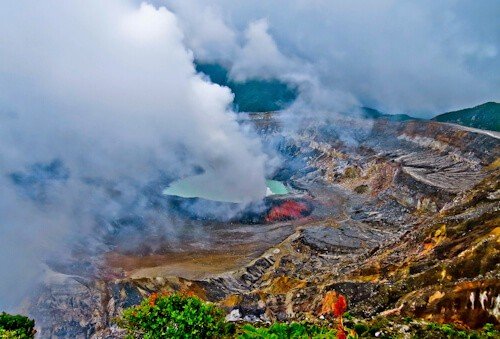 The Poas volcano features the largest active crater in the world.  It’s 1.6 km in diameter and 320 meters deep.  Poas volcano has erupted over 40 times in the last 150 years.  As a matter of fact it was closed to the public for most of 2017 after an eruption.  For this reason, as you’re ascending the volcano, you may think to yourself, ‘why am I driving up a mountain to see an active volcano?’  However, those who risk the journey will be rewarded with a truly unique view.  Lastly, it’s possible to ascend Poas volcano as part of an organised tour from San Jose. 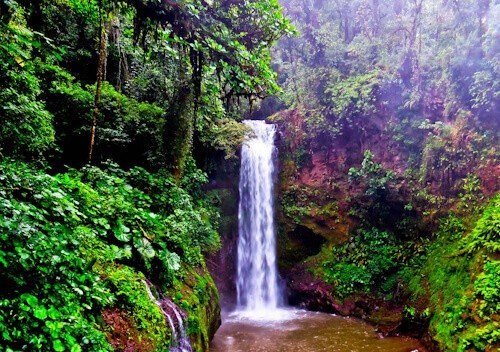 Costa Rica is such a beautiful country that a major attraction in another country would not even make it onto the top things to do in San Jose Costa Rica list!  An example of this is La Paz waterfall which is only visited as it’s on the way to Poas volcano.  If you choose the Poas volcano tour from San Jose, you’ll stop at La Paz waterfall for photos. 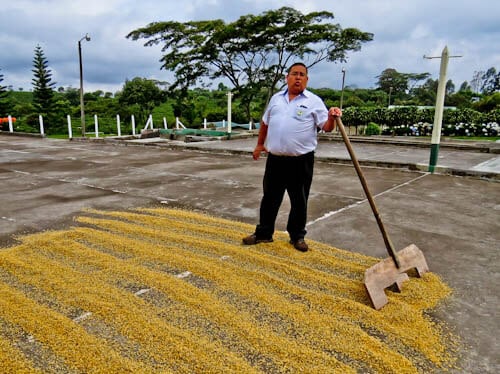 Doka Estate is located on the banks of Poas volcano.  You may wonder, why is there a coffee plantation on the banks of an active volcano?  The answer to this is that the ground contains nutrient rich soil.  Does this make the coffee better?  In my opinion, yes it does!  I’ve visited coffee plantations in Colombia and tried the coffee, therefore I can make a good judgement.  At the Doka Estate you can see the whole process of coffee making, from the growing of the beans to the final product.  As a matter of fact, you can purchase the final product as a souvenir.  Lastly, you can visit Doka Estate on an organised day trip with Poas volcano. 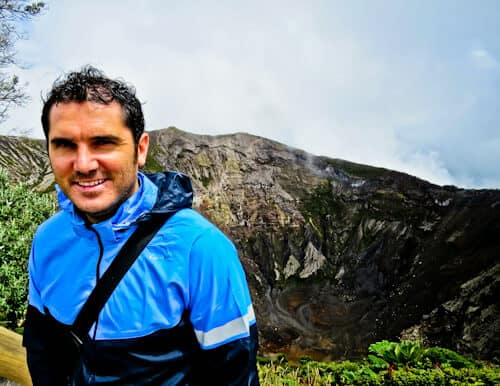 Irazu is the highest volcano is Costa Rica.  When you see photos of it, there’ll be an emerald lake in the center.  Unfortunately, when I visited it was a dry crater.  Nevertheless, it is a beautiful volcano and worth a trip to the top.  I may not have seen the emerald lake but I was lucky with the weather this day though!  Finally, you can visit Irazu volcano on an organised tour from San Jose. 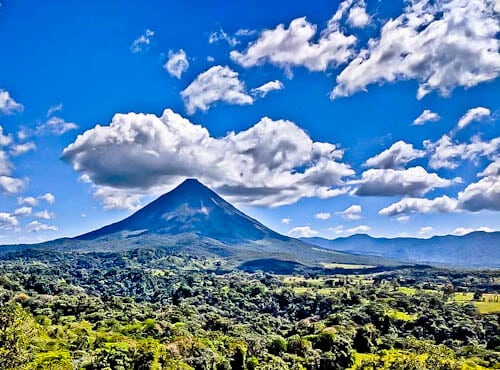 Arguably the most popular volcano in Costa Rica is Arenal Volcano.  It’s a picture perfect cone shaped volcano.  As a matter of fact, the magma is often glowing red at night.  Most Arenal volcano tours are coupled with a hot springs visit.  Did you know Arenal volcano featured in the Will and Jaden Smith movie, After Earth? 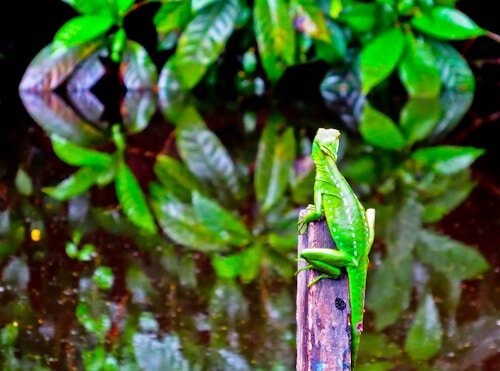 You may have seen pictures of wildlife in Costa Rica before visiting.  It’s very easy to see lots of wildlife from colorful birds to crocodiles to the Jesus Christ lizard.  But how do you see this wildlife safely and where?  The majority of my best wildlife photography in Costa Rica was taken at Tortuguero National Park.  I recommend you visit the Tortuguero on a 3 day trip.  As a result, you’ll come away with spectacular wildlife photography. 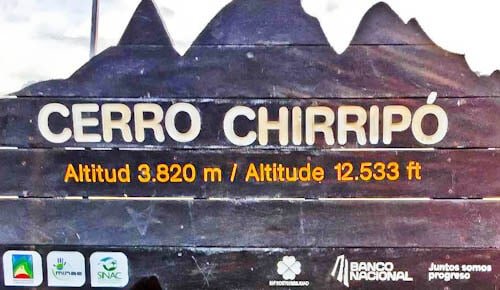 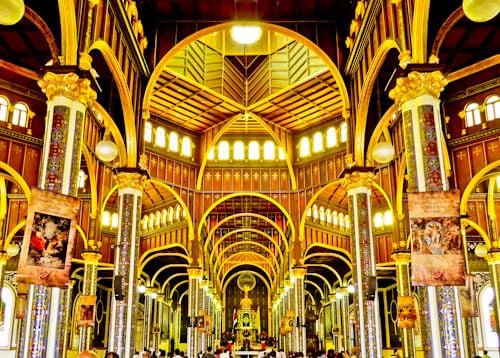 Cartago is a small city close to San Jose.  The main reason to visit Cartago is to see Our Lady of the Angels Basilica.  It’s considered to be the most beautiful church in Costa Rica.  What’s more, there’s a famous Black Madonna shrine inside. 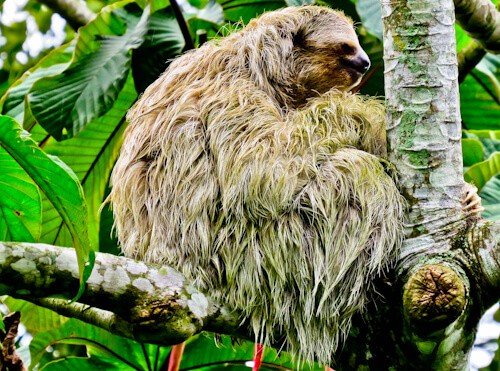 How to get from San Jose to Granada Nicaragua 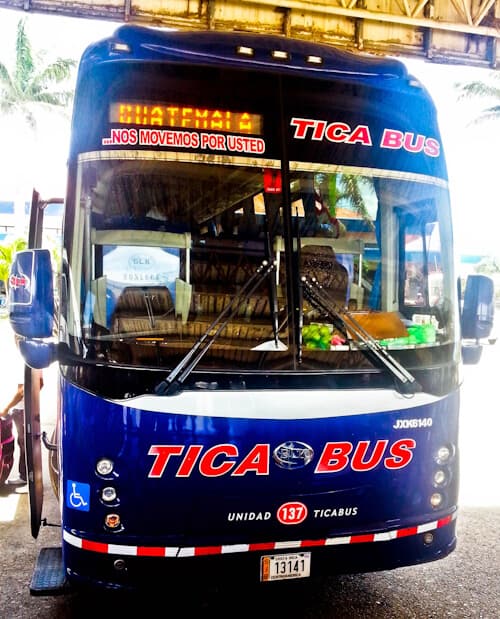 After successfully arriving in Costa Rica from Panama using Tica Bus, I decided to use them again for the trip north to Nicaragua.  Again it was a successful, comfortable and safe journey.  The cost was $28 for the 8 hour journey and the border crossing took about an hour.  Additionally, the driver assists the passengers throughout the border crossing.