Things to do in Tavira + Beautiful Waterfalls

Tavira is a peaceful town in the Algarve, Portugal.  Things to do in Tavira include;

Although Tavira is a small town, there are more than 100 hotels to choose from. 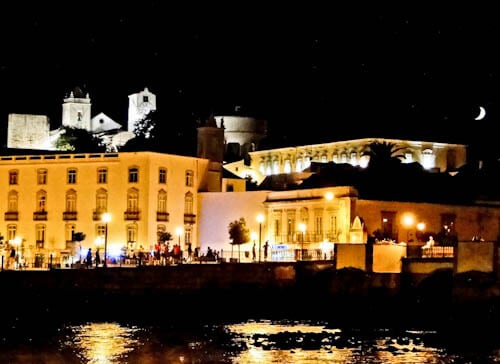 There’s a Medieval Castle which looks over Tavira.  I highly recommend a visit to the castle for several reasons.  Firstly, it’s in the historic center and there’s complimentary access.  Secondly, as well as visiting the castle, you can visit the well maintained gardens.  Finally, there are stunning panoramic sea views from the castle, as a result it’s a wonderful sunset location. 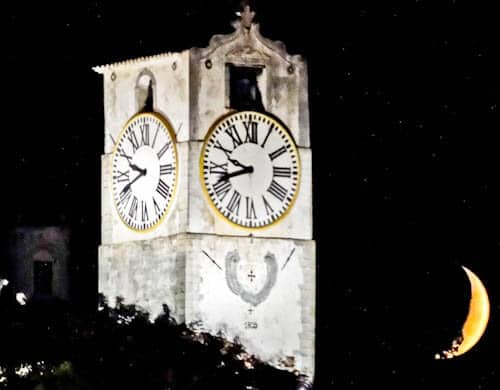 Adjacent to the castle is the Saint Maria Church which features a prominent clock tower.  The church was built over a former mosque in the 13th century, however, the clock face wasn’t added until the 19th century.  Did you know the largest church clock tower in Europe is located in Zurich, Switzerland? 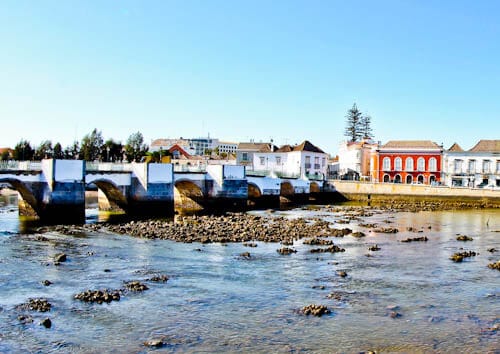 An interesting fact about the Roman bridge of Tavira is that it isn’t a Roman bridge.  For this reason, it’s now becoming more commonly known as the ancient bridge.  Nonetheless, it’s a major landmark of Tavira which crosses the Gilao River.  Not only is the bridge itself picturesque but also the views from the bridge.  I also recommend you watch a sunset from the bridge as you have a view of both the castle and river.  What’s more, there are several coffee shops at either end of the bridge. 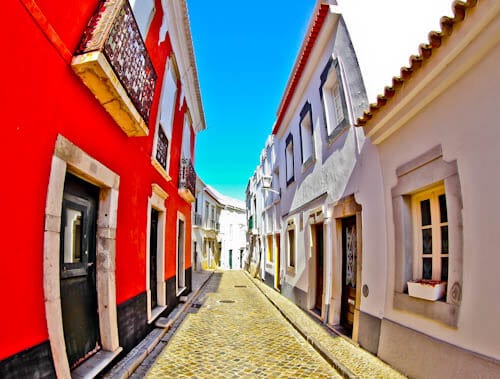 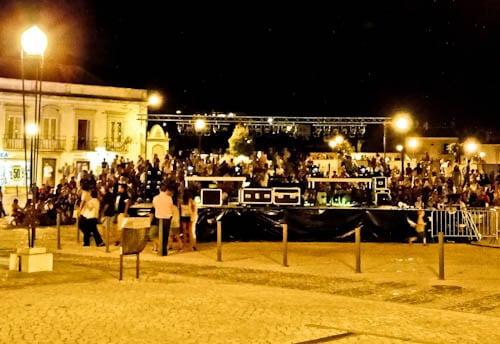 The central plaza of Tavira is adjacent to the Roman Bridge.  During the day it’s a typical peaceful Portuguese plaza.  If you visit at night however, it’s likely there’ll be some type of free concert. 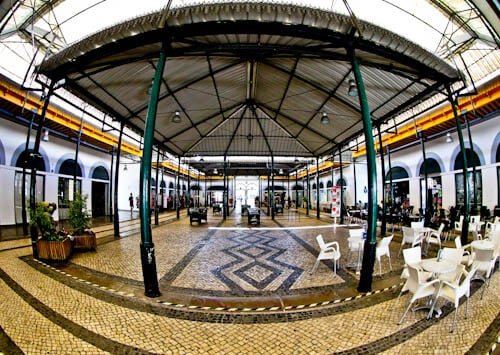 There are 2 main markets in central Tavira.  Firstly, is the indoor market alongside the central plaza.  This market is aimed at tourists and mainly features restaurants as well as souvenir shops.  The real market is located a short walk from the historic center.  If you want to see a traditional Portuguese market selling fruit, seafood, meat and spices, here is the exact location.

If you love freshly prepared food and fresh seafood, Tavira is perfect for you.  There are several restaurants with good reputations in the historic center.  Ask around for the current recommendations.  Alternatively, check the current TripAdvisor reviews.  Finally, Portugal is famous for its wine but if you prefer beer, then you can try Sagres or Super Bock. 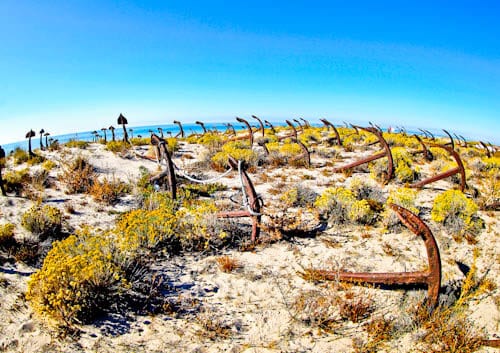 A stunning beach near Tavira is Barril Beach.  When you enter the beach there is a wonderful feature of boat anchors.  Furthermore, to reach the beach, you must take a mile long train ride from Barril Beach Bridge.  As a result, the beach is secluded and all you can hear are the crashing waves.  Finally, there’s another popular beach east of Tavira called Cabanas Beach.  To reach this beach, you must take a boat!

As you look out from Tavira Castle towards the sea, you may see some glistening white.  What are these shiny white patches in the distance?  They are in fact the Tavira salt pans.  As a matter of fact, you can take a walk out to the salt pans to get a closer look.  You could even take a little salt to sprinkle on your chips that evening!  Did you know there are also salt pans in Gozo, Malta and Piran, Slovenia. 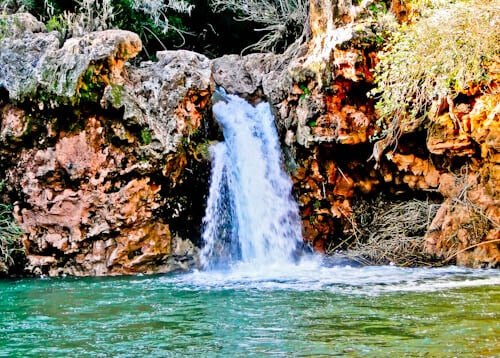 On the outskirts of Tavira are the excitingly named Pego do Inferno.  They are too far from the center to walk therefore you must drive there.  They are beautiful and the water is extremely clean with a lovely green tinge.  If you visit during the hot summer months, it’s unlikely you’ll see much of a waterfall.  However, a visit during winter or after heavy rain produces an impressive sight.

How to get from Tavira to Gibraltar

You can take a direct bus from Tavira to Algeciras, Spain.  The journey time is around 6 hours and you cross a border so have your passport closeby.  Once in Algeciras, simply take a local bus to La Linea de la Concepcion and walk into Gibraltar.