Things to do in Thessaloniki + UNESCO sites

Thessaloniki is the second largest city in Greece.  It’s famous for having lots of coffee shops but there’s a lot more to the city than coffee!  Things to do in Thessaloniki include;

I was staying at Colors Hotel in the center, as a result I could walk to all the things to do in Thessaloniki.  Additionally, I was able to enjoy a complimentary buffet breakfast each morning. 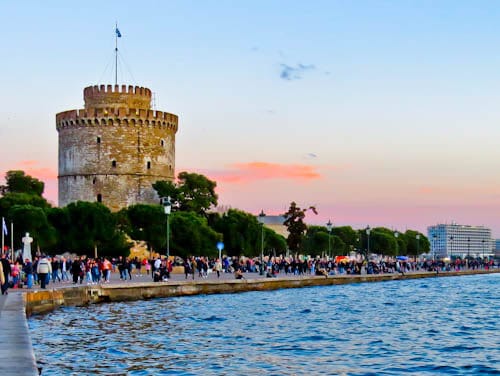 One of the top things to do in Thessaloniki is the White Tower, but what is it?  Today, it’s a beautiful and Instagram worthy tower but it hasn’t always been such a pleasant location.  It was built by the Ottomans in the 16th century to replace an old Byzantine fortress.  The Ottomans used the tower as a prison where mass executions were held.  It’s possible to enter the tower and ascend to the top as part of a museum visit.  If you do visit the interior, be careful you don’t get locked in as you wouldn’t get a good night sleep in a place where mass executions were held! 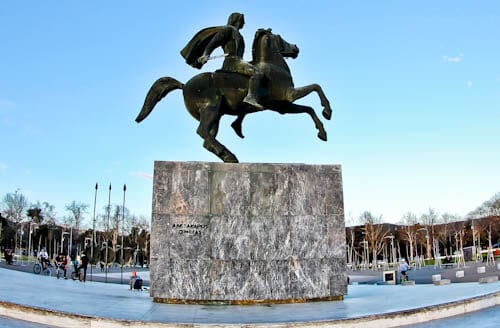 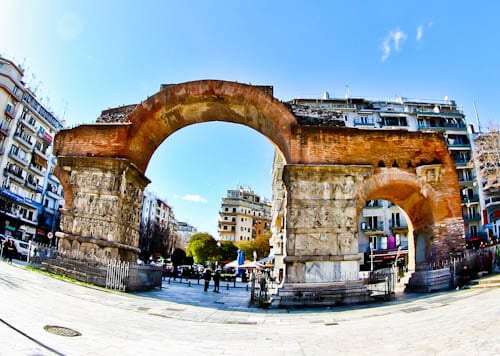 If you ask; which is the most famous arch in the world?  Most would say the Arc de Triomphe in Paris which is around 200 years old.  The triumphal arch of Galerius in Thessaloniki is over 1700 years old!  For this reason alone, more people should know this arch exists.  What’s more, it’s located on a sidewalk next to a busy street and you’re free to investigate it.  It was built under the rule of Emperor Galerius as a monument to the defeat of the Persians in 298.  An interesting fact is this arch was the centerpiece of Roman Thessaloniki. 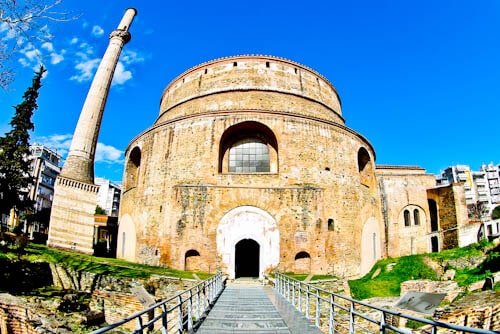 Built at the start of the 4th century, the Rotunda was a major structure of Roman Thessaloniki.  It was connected to the Arch of Galerius by a columned walkway.  Today it’s an impressive structure but if you look at an image of Roman Thessaloniki, it’s hard to understand how it’s not a ancient wonder of the world!  It was originally a Roman temple but became a Christian temple in the 5th century.  As with many churches in this part of the world, it became a mosque under Ottoman rule.  The Galerius Rotunda somewhat resembles the Pantheon in Rome.

Aristotelous Square – Things to do in Thessaloniki 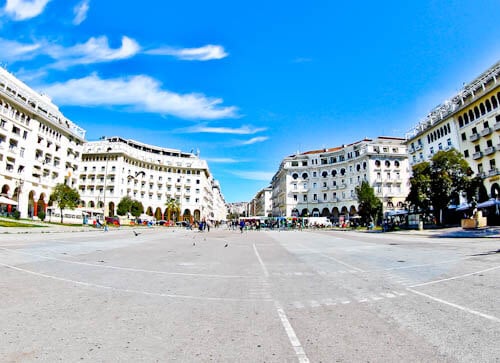 Every city has a main square and the main square of Thessaloniki is Aristotelous Square.  You would not imagine that a city with as much history as Thessaloniki would have a relatively new city square.  As a matter of fact, Aristotelous Square is just over 100 years old.  It’s surrounded by coffee shops, restaurants, bars and hotels including the Colors Urban Hotel.  Adjacent to the square is the promenade walk to the White Tower of Thessaloniki. 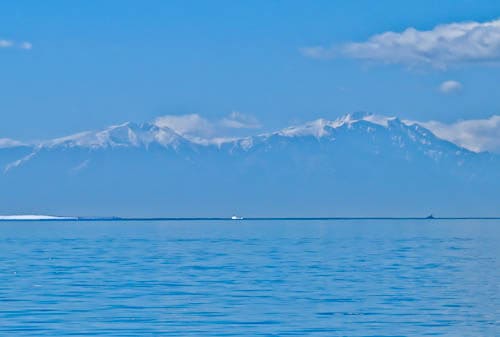 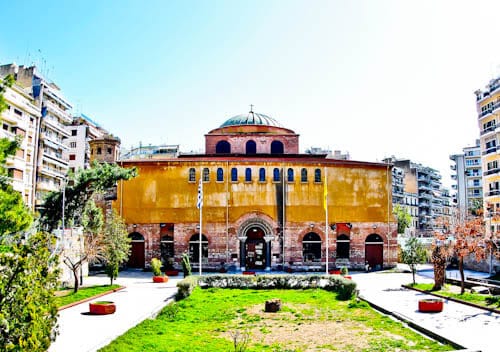 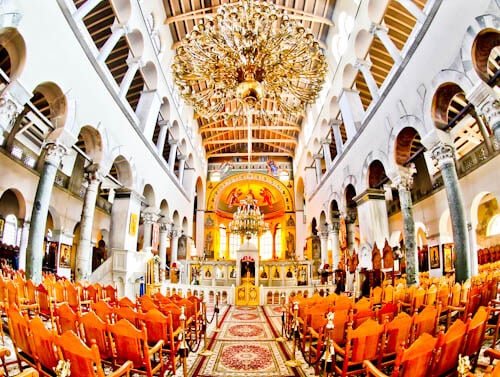 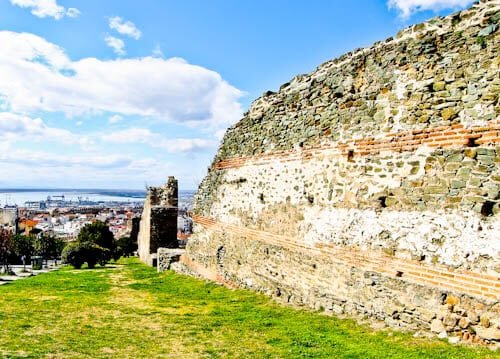 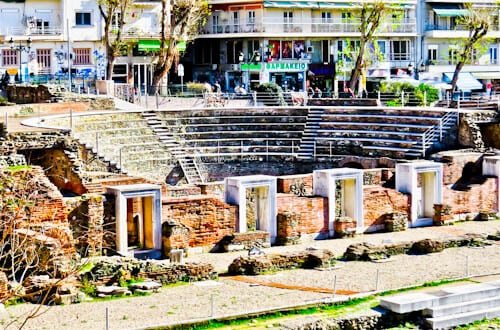 The largest city square in Thessaloniki may be the Aristotelous Square but around the corner is an even larger open space.  This is in fact the ancient agora, known as the Roman Forum.  The huge forum features pillars, Roman baths as well as a Roman theater.  For me the most impressive part is the Roman theater which was once used for small Gladiator fights.  If you don’t visit the Roman Forum I still recommend you walk past and view it. 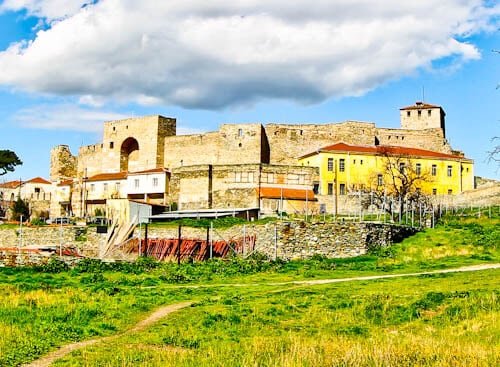 Sunset Cruise – Things to do in Thessaloniki 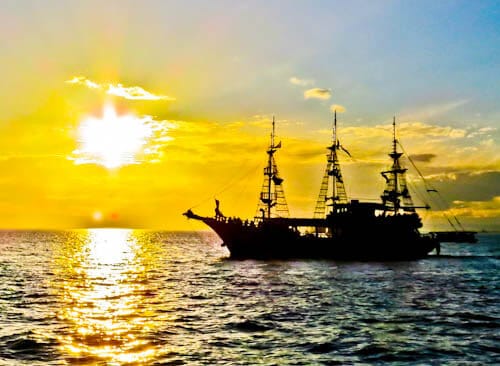 Thessaloniki offers one of the most beautiful sunsets in Europe.  For this reason, a boat ride on a pirate ship is a popular activity for sunset.  In fact, it’s free to take a boat at sunset.  The only catch is you must purchase a drink during this hour long sailing.  Boats depart regularly from opposite the White Tower of Thessaloniki. 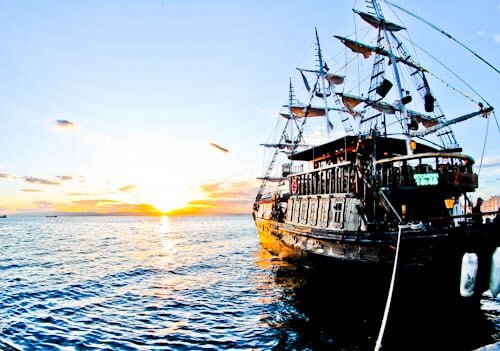 Thessaloniki has the second largest port in Greece.  How does this affect tourists?  There are several ferry services to many of the Greek islands including Mykonos, Skopelos, Skiathos, Mytilini and Limnos.  In addition, Thessaloniki is a popular cruise ship port. 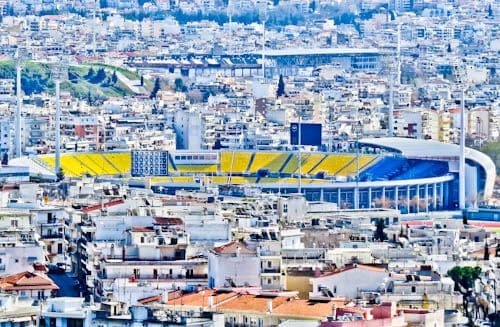 Thessaloniki is home to one of the top Greek football teams, PAOK.  Additionally, this team has quite a reputation for badly behaved fans, similar to Millwall FC in London.  There are no stadium tours of the PAOK stadium but football fans should check the fixture schedule as there could be a match on.

How to get from Thessaloniki to Sofia 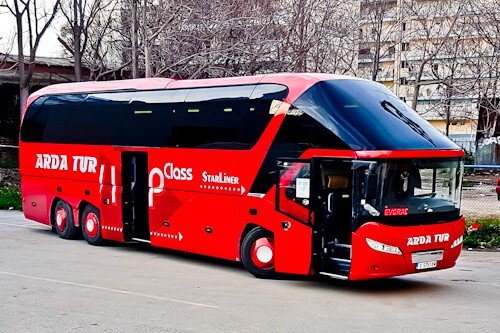 There are regular direct buses between Thessaloniki and Sofia.  The journey time is around 5 hours.  As this is a popular route, I recommend you buy your ticket online first to guarantee your place.  I chose Arda Tur and it was a luxury bus with a few complimentary snacks.  The main reason I chose Ardu Tur is because the bus to Sofia leaves from opposite the train station, in fact they have an office there.  Both Greece and Bulgaria are in the EU, as a result, you should pass smoothly through the border crossing.