Vienna is the capital city of Austria, in fact the historic city of Vienna is a UNESCO site.  Things to do in Vienna;

Hotels in Vienna are surprisingly good value for a capital city in Western Europe.  Furthermore, the most famous hotel in Vienna is the Sacher Hotel which is famous for the Sacher Torte. 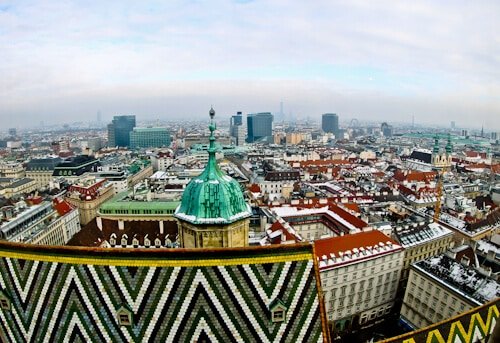 The whole of the historic center of Vienna is classified as a UNESCO city.  Most of the buildings you photograph and probably the hotel you choose to stay in will be within the historic city boundaries.

Vienna is quite a spread out city so I’d recommend buying a 24 to 72 hour public transport ticket. The cost of this pass is between $10 – $20 depending on the length of time you choose.  You can use the pass on train, metro, tramway or bus but not the airport bus or train.  If you arrive by bus or train in Vienna then you can buy a pass in any self service kiosk at any U-Bahn station. 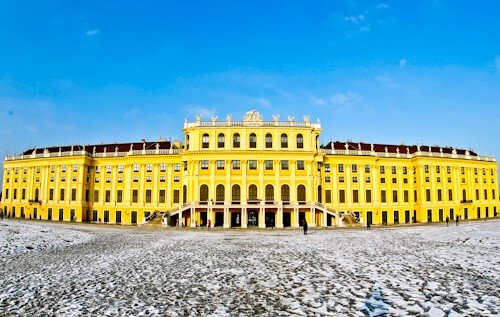 Schönbrunn Palace and it’s gardens are located outside the historic city of Vienna but are however a UNESCO world heritage site.  The easiest way to get the palace is to take the U-Bahn line U4 to Schönbrunn.  The best place to photograph the palace from is the front where you’ll find a small pond which gives a perfect reflection shot.  As it was frozen over and full of snow when I visited I took a picture with the sun shining on the rear (above).  The palace used to be the summer residence of royals but now it’s a museum.  It’s comparable to the Palace of Versailles in France with its well kept gardens and royal interior.  In the Schönbrunn Palace gardens you’ll find the largest Gloriette in the world and you can take a beautiful reflection photograph here.

In the palace grounds you’ll find the Vienna Zoo and it’s possible to buy combo tickets for both the zoo and palace. 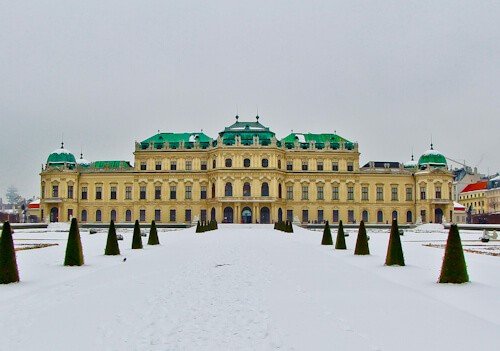 The Belvedere Palace is located in the historic center of Vienna.  It’s free to enter the gardens and walk around where you can get a good view of the city.  There is a huge man-made lake in front of the building which offers wonderful reflection shots but due to the snow I couldn’t make this shot.  The grounds are huge and include upper Belvedere where you can take the reflection shot of the palace.  You can take the city shot from lower Belvedere and the gates of Belvedere are also worth photographing. 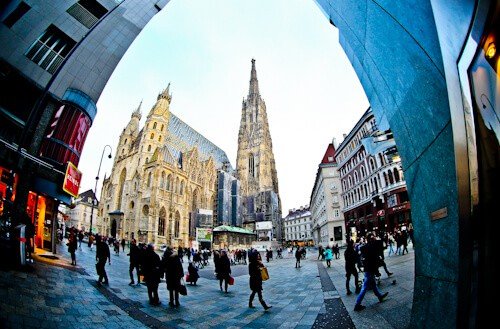 St. Stephen’s Cathedral is the most popular site in Vienna.  Located in the center of the historic city makes it the best place to get a 360° view of the city.  The only problem with the view from the top is that you have to take your pictures through small windows.  It costs $7 (€5,50) to climb the 343 steps of the cramped spiral staircase to the top.  The cathedral stands at 136 meters tall. 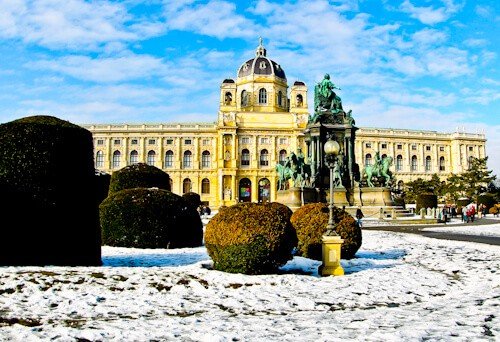 The Kunsthistorisches Museum is the largest museum in Austria.  Art lovers must visit as the museum features works of art by Rembrandt, Pieter Brueghel, Raphael and Caravaggio among many others.  The stunning building opened in 1891 and the height of the dome is 60 meters. 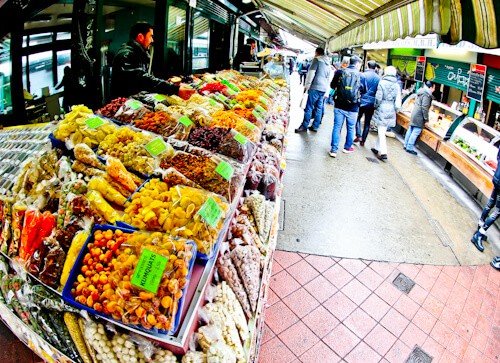 The Naschmarkt is the most popular market in Vienna and sells luxurious food / snacks.  There are also a lot of restaurants in the market meaning foodies will love it.  The food stalls open from from early morning until 6-30 pm Monday to Saturday, the restaurants stay open until midnight. 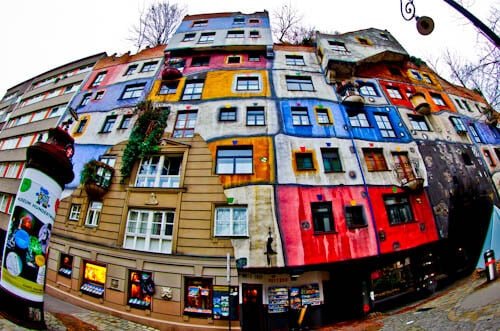 I would describe Hundertwasserhaus as a very unique, colorful building and therefore a top Vienna Instagram spot.   It is located in the Landstraße district which is a short U-Bahn ride from the historic center.  The Hundertwasserhaus was designed by Friedensreich Hundertwasser with architect Joseph Krawina and completed in 1985. 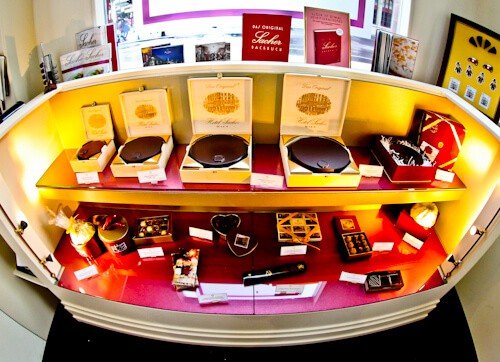 Vienna is famous for it’s Sacher-Torte which is chocolate cake sold at the 5 star Hotel Sacher.  Outside the hotel is a small boutique store which sells the cake.  The cheapest Sacher-Torte in the shop is about $5 (€4) which is called a cube.  As a chocolate lover I was disappointed with the Sacher-Torte and I would prefer a bar of Milka chocolate.

Vienna to Bratislava by bus 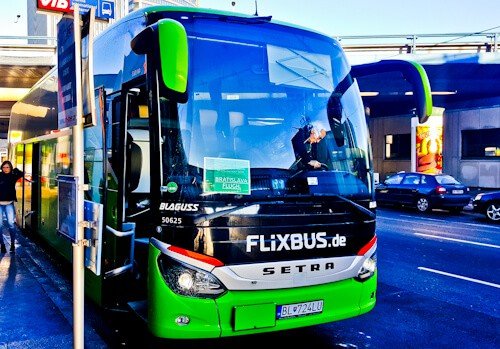 The bus from Vienna to Bratislava takes just over an hour.  With Flixbus you can find a one-way ticket for around $5.  For your $5 you get a seat with good legroom, personal power socket and free WiFi.  I took the bus leaving from Vienna International bus station located at Erdberg U-Bahn station.  This will take you to Bratislava bus station which is located in the historic center of Bratislava.