Þingvellir is a national park and UNESCO world heritage site which is part of the golden circle of Iceland.  Nowadays of course, it’s famous for being a Game of Thrones location.  Things to do in Þingvellir;

Þingvellir is pronounced Thingvellir, I was pronouncing it with a ‘P’ the whole time I was there but I was wrong!

Upon arriving at Þingvellir, you should plan which car park you want to park in as there are 3 car parks.  I suggest car park P1 adjacent to the visitor center.  Þingvellir is the only place I visited in Iceland where you have to pay for parking.  Additionally, you also have to pay for use of the toilets and they accept credit card!

Almannagja Fault – Game of Thrones – Entrance to the Eyrie 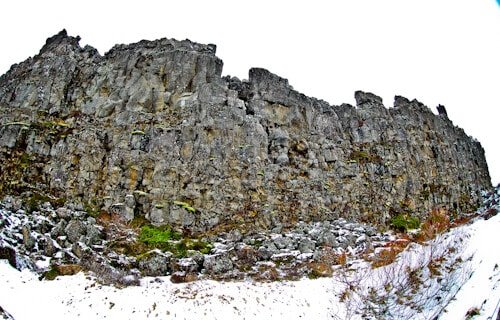 Þingvellir national park is famous for the Almannagja Fault running through it.  As a matter of fact, you can walk between the continental divide of the Eurasian and North America tectonic plates.  It’s a funny feeling to be walking in between tectonic plates, thinking to yourself, what happens if there’s an earthquake or the fault line moves?  Due to the unique beauty of Þingvellir, several episodes of Game of Thrones have been filmed here.  The gap between the plates is the entrance to the Eyrie.  Car Park P1 is closest to the Almannagja Fault hike. 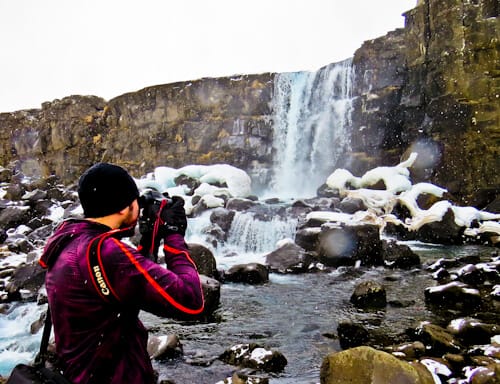 Whilst walking through Þingvellir you’ll see signs to Oxararfoss waterfall, you must visit these falls as they are incredible.  Not only are they beautiful but the fact that the water is dropping off the tectonic plate into the fault line is out of this world.  These waterfalls are relatively quiet compared to other falls in Iceland.  Finally, Oxararfoss waterfall is approximately a 1500 meter walk from the visitor center. 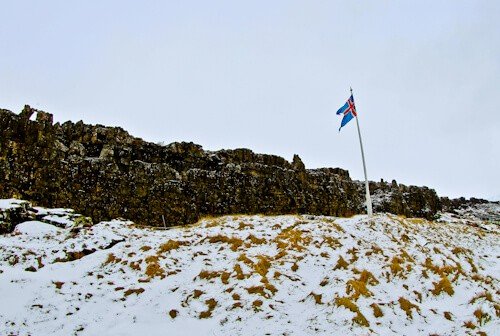 Þingvellir in English translates to ‘Parliament Plains’.  From the 10th to 18th century Iceland’s parliament, Alþing, was situated at Þingvellir.  There is not much left of the parliament, in fact, you could easily walk past it and not know what it was.  Therefore look out for the illustration of how it used to be all those years ago.  Icelandic people respect Þingvellir because a lot of major events Icelandic history have taken place here. 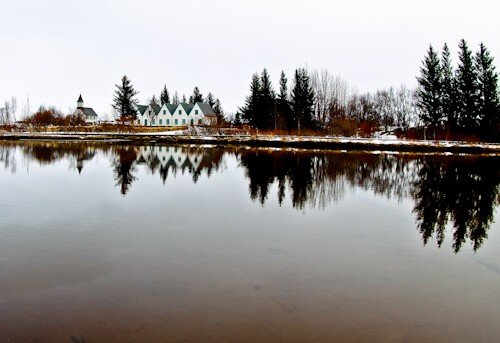 þingvallavatn lake is a huge part of Þingvellir National Park.  The visitor center is located on the western side of the lake.  The day I visited, Þingvellir was cloudy but on a clear day you can use the lake to make some stunning reflection photography.  Moreover, the park is surrounded by mountains and steaming volcanoes. 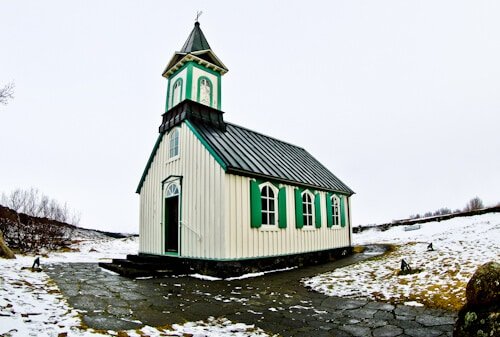 The church you’ll see in Þingvellir National Park is called Þingvallakirkja.  The church is open daily in summer if you have the desire to go inside.  As a matter of fact, the smaller houses adjacent to the church are summer houses of the Icelandic president.

How to get from Þingvellir to Reykjavik 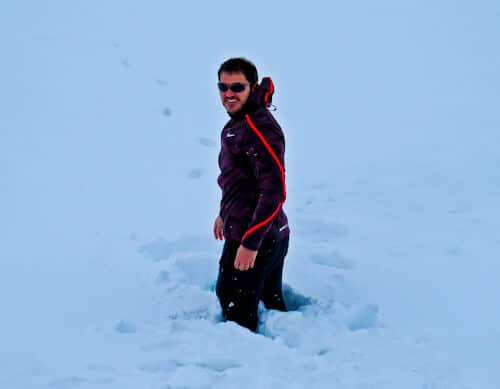 The drive from Þingvellir National Park to the capital, Reykjavik takes just over half an hour and you’ll pass through some mountains on this route.  As I was driving in March there was still a lot of snow up there!  I stopped at a designated viewpoint but because it was foggy and snowy all that was visible was white.  I’m sure where I am stood looks completely different in the summer.  Enjoy the scenic mountain drive from Þingvellir to Reykjavik!