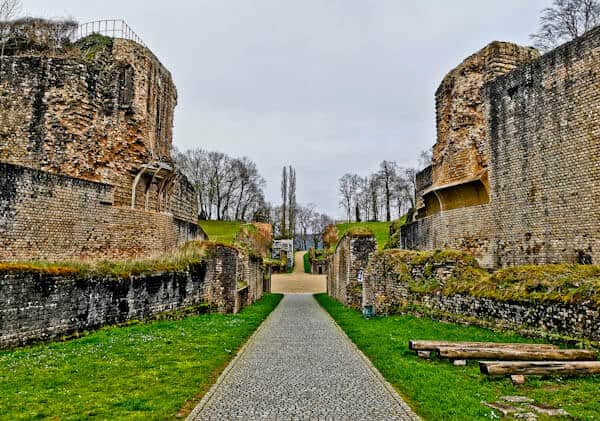 When you enter the Trier Amphitheater complex you must first walk through the imposing entrance gates.  Not only were these the entrance to the amphitheater but they were also used as City Gates.  In fact, if you look closely you can see the city wall ruins leading up to the entrance gate. 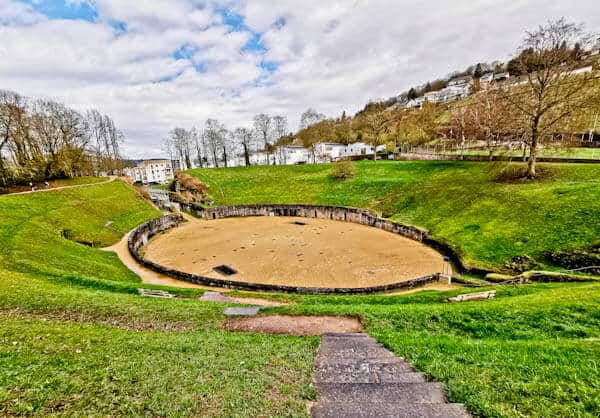 Underneath the overgrown grass lie the seats of Trier Amphitheater.  It originally had a capacity of over 20,000 spectators.  So what did these 20,000 spectators come to see?  The arena hosted a variety of events including gladiator battles, animal hunts, music concerts, entertainment shows as well as religious festivals.  As a result you could go watch an animal hunt on Saturday night followed by a religious festival on Sunday.  Lastly, like many Roman Amphitheaters from Plovdiv to Trieste, this is built into a hillside.

How Did Trier Amphitheater Originally Look? 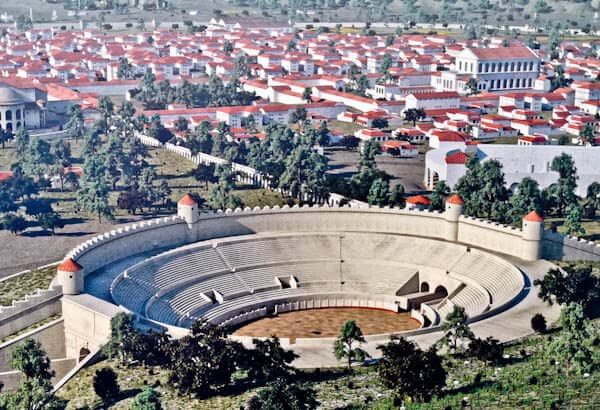 When you see an original picture of Trier Amphitheater you may wonder what happened to the city wall which surrounded it.  After the downfall of the Roman Empire, Trier Amphitheater became abandoned.  During Medieval times much of the stone was removed and used for other purposes.  On the subject of removing unused materials for other purposes.  Did you know the rubble from destroyed buildings in Hannover was used to build Hannover 96 stadium? 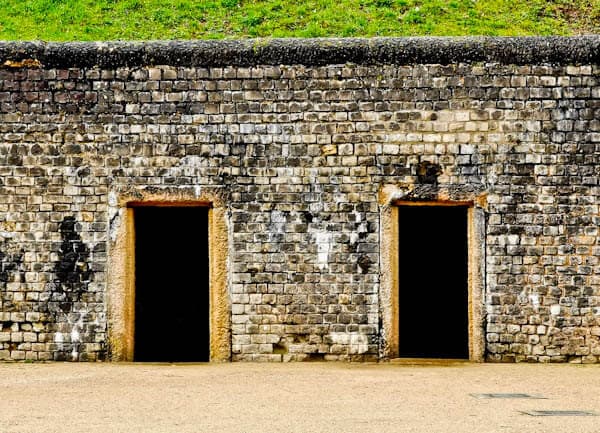 The arena walls features several doors but what were these used for?  Originally, the doors could be locked and they were used as cages.  These cages were certainly used for both animal hunts as well as gladiator battles.  In addition, they could be used to store props and even house actors participating in a show.  Feel free to go inside and explore these dark, eerie rooms.  Speaking of cages in large arenas, did you know Borussia Dortmund stadium has its own prison?

The Trier Amphitheater underground features a wooden lift platform.  This lift would be used to lift props and scenery up to the shows.  Incredibly modern for this period of history (added in the 4th century).  The large stones secure the lifts base and the wooden remains are original. 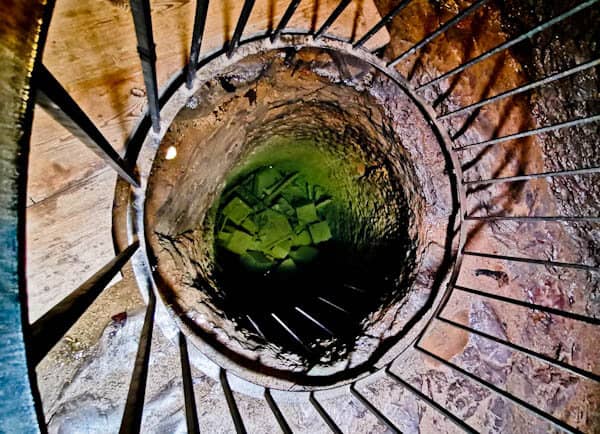 The ancient drainage canal beneath the arena still functions today.  It has successfully drained rainwater from the arena for over 1800 years.  Other interesting artifacts in the cellar include lead sheets.  Written on the lead sheets are spells and curses meant to harm other people.  Yes, the underground can be quite a spooky place! 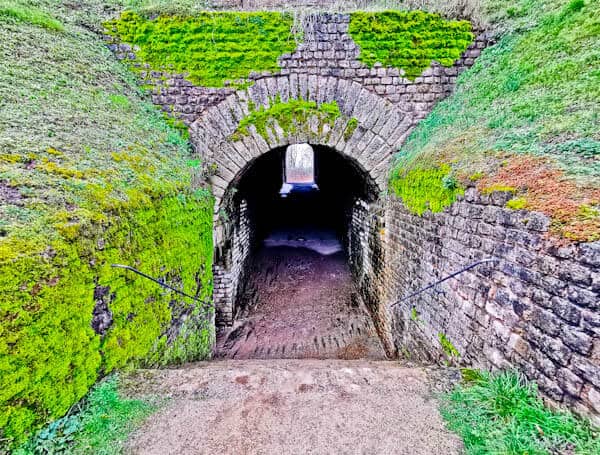 Of course, the 2 main entry gates are the principal amphitheater access points.  However, take note of smaller vomitorium around the arena.  For me, these areas are more interesting as they are quiet and they also have small tunnels leading out from them.

Enjoy your Visit to Trier Amphitheater

Technically, Trier Amphitheater is within the old town of Trier.  However, it’s on the outskirts therefore a 15 minute walk away.  Nonetheless, a worthwhile 15 minute walk.  Entrance is €4 which is very fair for a European attraction.  Enjoy.

Other interesting Roman theaters throughout Europe include, Pula Arena, Colosseum of Rome, Verona Arena and of course, Pompeii Arena.