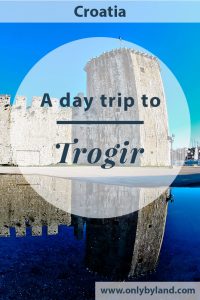 Trogir – A Day Trip from Split

Trogir is a historic UNESCO world heritage city a short distance from Split. In fact it’s the best preserved Romanesque / Gothic town in central Europe.  Things to do in Trogir include;

I was staying in Split at the Guest House Vujevic and visited Trogir on a day trip. 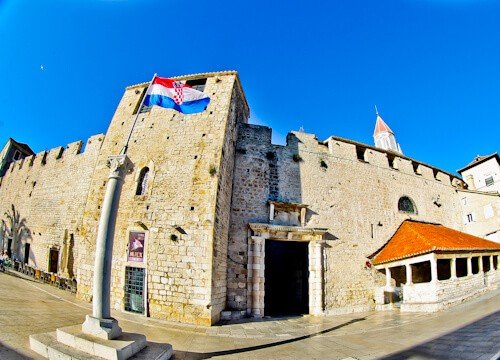 You may recognise Trogir from Game of Thrones.  In fact it’s a Game of Thrones filming location, the city is known as Qarth in the series.  As you can see from the walls and Medieval buildings, it’s a picture perfect city. 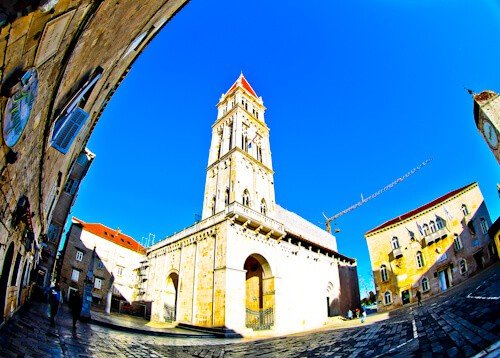 The St Lawrence Cathedral looks like it has been taken from either Venice or Piran (little Venice).  The architects were Venetian masters, to demonstrate the campanile looks like that of St Mark’s in Venice as well as St George’s Church in Piran, Slovenia.  It’s possible to ascend the campanile for a small fee, resulting in a beautiful view over the city and surrounding bay. 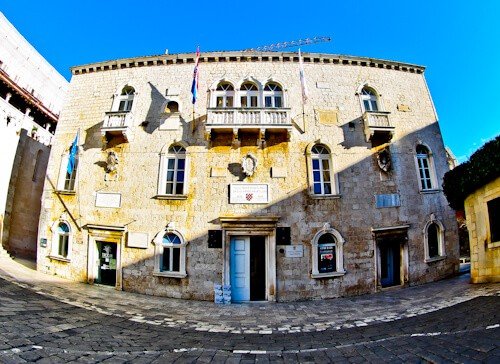 City Hall is located next door to the St Lawrence Cathedral, additionally it’s known as the Dukes Palace.  It’s quite similar to Doge’s Palace in Venice, despite not being as grand.  Additionally you can enter the city hall for free because the tourist information center is located inside.  As a result, city hall is a good place to pick up your free city map. 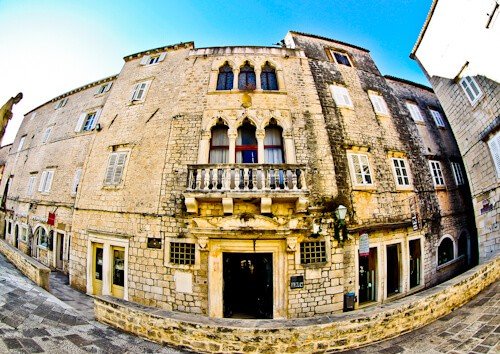 The Cipiko Palace was home to a prominent family during the 15th century.  The Gothic architecture as well as location in the main square proves it was home to wealthy people.  It’s not possible to enter but a notable point of interest of Trogir nonetheless. 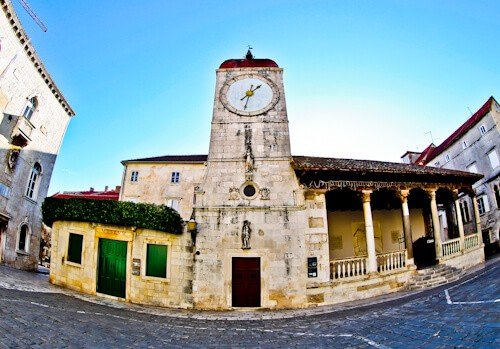 John Paul II Square is the main square of the city.  In addition to St Lawrence, Cipiko Palace and City Hall, there’s an instagrammable clock tower.  You may recognise some buildings surrounding the square as they’re in fact Game of Thrones locations.  Trogir is known as the city of Qarth in Game of Thrones. 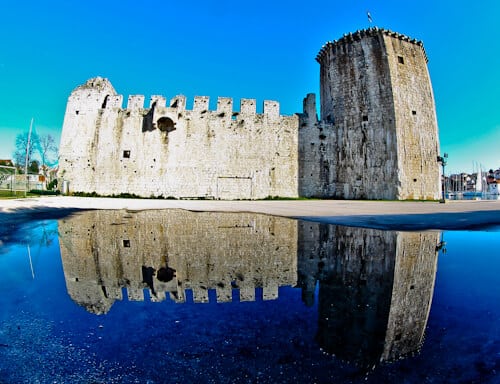 Kamerlengo Fortress is also known as Kamerlengo Castle.  It’s a Medieval Castle built in the 14th- 15th centuries.  For a small fee you may enter the castle and climb the walls for a view of the city as well as the marina.  It’s not as high as St Lawrence campanile, with this in mind, you get a better view from there.  Additionally it’s worth walking around the castle to photograph it from different angles.  To put it another way, the castle looks better from the outside than it does from the inside! 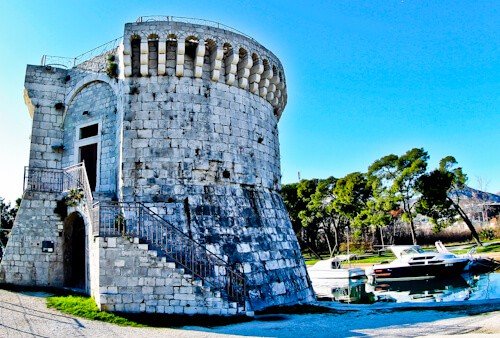 St Mark’s Tower is separated from Kamerlengo Fortress by the football stadium of HNK Trogir 1912.  It’s part of the fortress complex and was almost completely destroyed during world war II.  However, it was restored when the town received its UNESCO status and today the interior is a coffee shop. 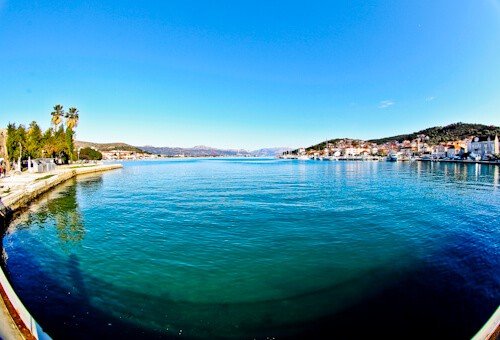 The promenade is a short but beautiful one.  As you walk on the promenade walk you’ll have the marina on one side and the city walls on the other.  Notable point of interest along the promenade are the Church and Monastery of St Dominic, an Instagrammable school as well as the South Gate.  In addition you can cross the bridge over to Ciovo Island which gives you a landscape view of old town Trogir.  Furthermore, you’ll find beaches on Ciovo island as well as bars, hotels and restaurants.

The Streets of Old Town Trogir 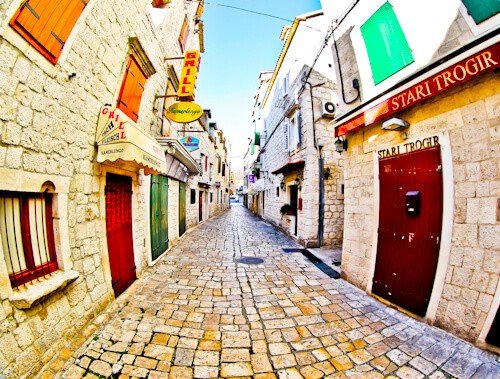 How to get from Split to Trogir 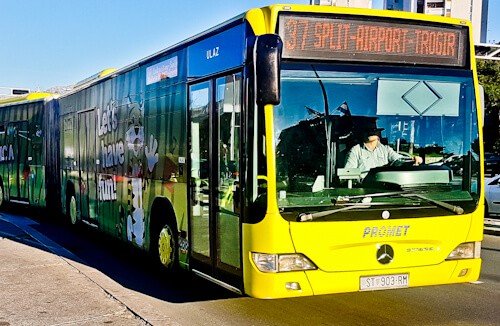 There are regular local buses between Split and Trogir.  Travel time between the 2 cities is around 40 minutes.  The final destination is Trogir bus station, which is conveniently located at the entrance to the old town.  You pay the driver directly on the bus, therefore you should have small change ready.  When you’re ready to go back to Split, just wait at the bus station for the next bus, for the most part buses run regularly.

What to see in Split Croatia, including the UNESCO Diocletian’s Palace and a Hajduk Split stadium tour.