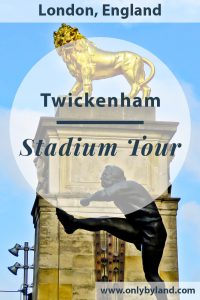 Twickenham Stadium Tour Review – What to see with pictures

Twickenham Stadium is the home of the England Rugby Union team.  Reasons to take a Twickenham stadium tour include; 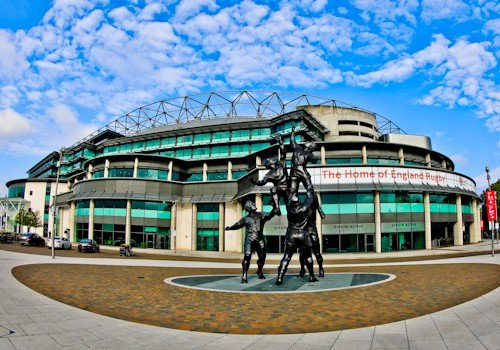 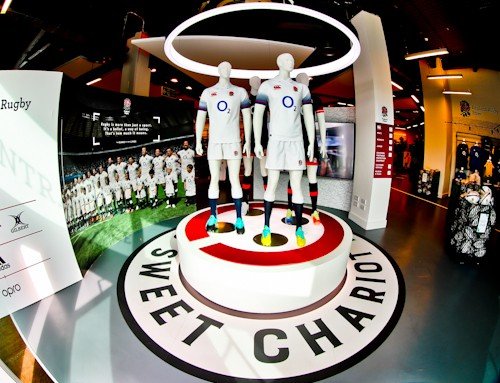 The meeting point for the Twickenham stadium tour is in the England Rugby Store.  This is your first opportunity to buy some England merchandise to pose in during your stadium tour.  If you’re from a different country they also sell other teams but you should be posing in the England merchandise here!  If you arrive early you should check in for you tour as your ticket gives you a discount in the Marriot Hotel next door.  I arrived around 30 minutes early and enjoyed a quick browse of the store as well as a coffee from the Marriot. 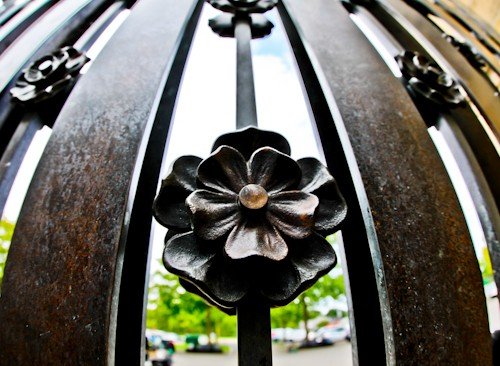 The Rose and Poppy Gates are an important part of the history of rugby.  They commemorate all the rugby players lost to war around the world.  In fact 7 of the grand slam winning England team of 1914 were killed during World War I.  The guide will explain the importance of the gate during the tour.  As the gate is outside the stadium you can always come back to view it after the tour. 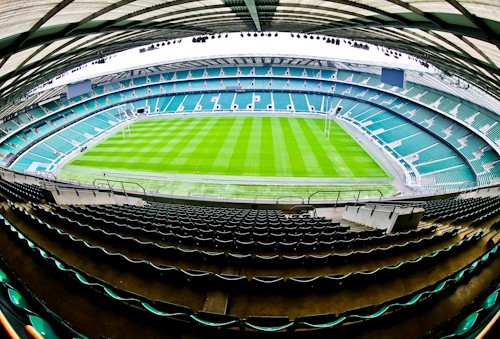 Twickenham rugby stadium has a capacity of 82,000, as a result it’s the second largest stadium in the UK after Wembley.  It’s also the 4th largest stadium in Europe, Camp Nou in Barcelona the largest.  The land was purchased in 1907 and it’s rumored the land used to be a cabbage patch.  For this reason, the nickname of the stadium today remains, the cabbage patch.  During the tour however, you’ll discover the land was used to grow apples, not cabbages.  The 1991 and 2015 World Cup finals were held at Twickenham.  Twickenham stadium also hosts pop concerts with legends the Rolling Stones being the first to play here in 2003. 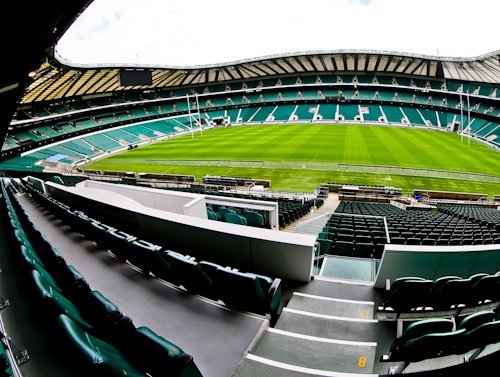 The best view of the stadium is of course from the royal box.  Regular visitors to the royal box are Prince William as well as Prince Harry.  If you do visit Twickenham to watch a match, there’s a good chance they’ll be in attendance.  Normally you’ll need an invite from the royal family to sit in this box but on the Twickenham stadium tour you’re welcome to sit and pose for as many pictures as you want.  In addition to visiting the royal box, you can also see their lush dining area and bar. 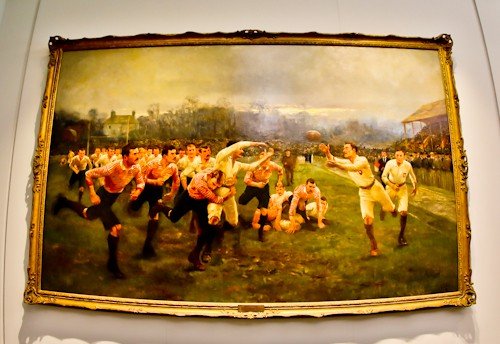 As you would expect, the President’s Suite at Twickenham rugby stadium is very lavish.  However, there is something in the President’s suite more impressive than the luxury suite itself.  The most important rugby painting in the world, ‘The Roses Match’ is of Yorkshire playing Lancashire in 1893.  Interestingly, the painting was not completed until 2 years later in 1895.  There is a player who has been painted out of the picture, as a result he has been named a ghost player.  There are several interesting theories as to why this player was painted out, the stadium tour guide will go through these with you.

Can you see the ghost player? 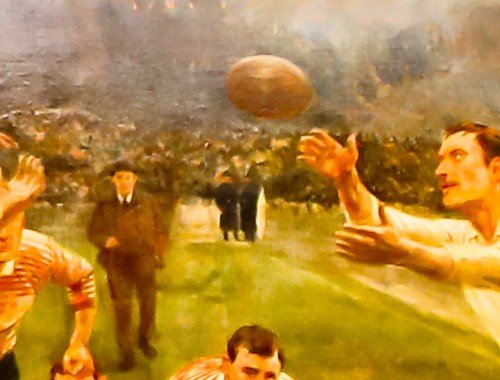 The painting was lost for years but rediscovered in a second hand shop in 1957.  It was bought by Otley rugby club for around £25 and they displayed it there.  In the 60’s the kind people of Yorkshire donated the painting to the Rugby Union and it arrived at Twickenham.  Today it’s estimated the painting is worth over £5 million.  Seeing this historic painting is one of the highlights of the Twickenham tour. 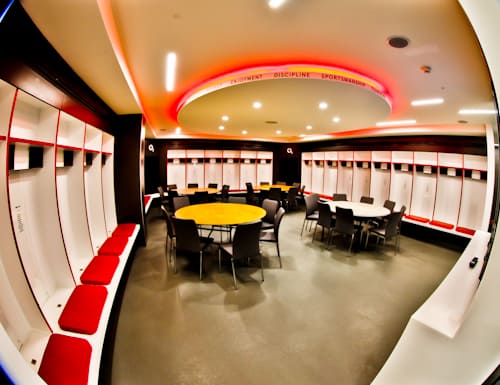 The England dressing rooms are huge and consist of state of the art facilities in several rooms.  For this reason, you’ll visit the away team dressing rooms first!  In addition, the England team receive royal visits so they dressing rooms also feature furnishings fit for a king. 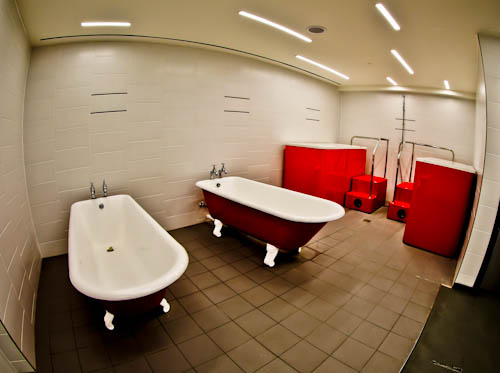 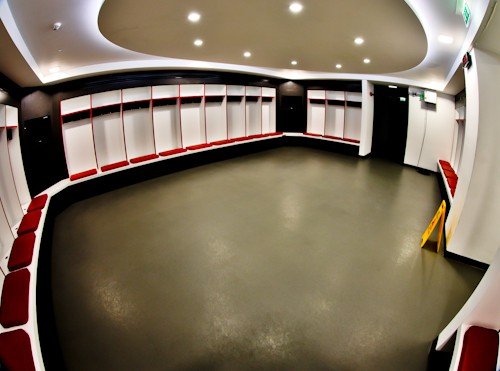 At first glance, the away team dressing room seems pleasant but there are a few interesting details.  Can you see the England flags?  The England flag is a red cross on a white background.  This is visible on the connection of each cubicle.  The floor is also uneven, as a result the players will be thinking is this floor flat?  instead of preparing their strategy! 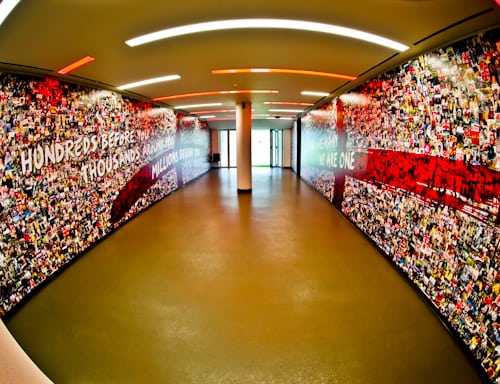 As part of the Twickenham stadium tour, you can walk through the players tunnel.  I expect kids will particularly enjoy this part!  The away team will be further reminded they are in the home of English rugby with the huge flags on each side.  That’s before they reach the pitch full of loud cheers for the home team. 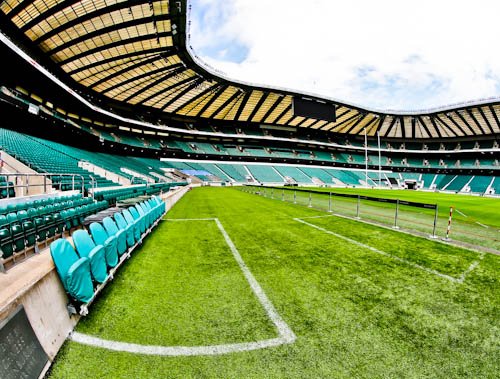 For most, the highlight of the Twickenham stadium tour is to stand pitch side.  Of course, you’re unable to stand on the pitch as this must be kept in pristine condition for the next rugby match.  The good news is that you can stand in the dugouts and you’re welcome to pose for pictures where the managers and players sit.  These pictures will look excellent on Instagram, even more so if you’re dressed up in England merchandise! 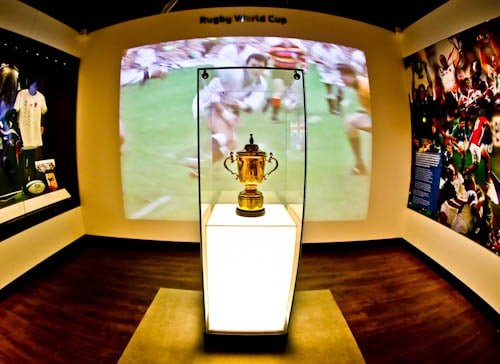 The World Rugby museum gives an in depth view into the history of both English and worldwide rugby.  Something I especially liked about the museum is you can take a leaflet at the start which points out the most significant pieces in the museum.  For many visiting the museum, to see the Rugby World cup will be the highlight.  Although you can’t hold it, you can take your picture alongside its glass case. 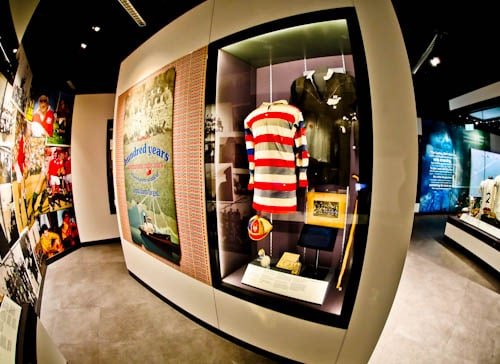 Once you’ve taken the stadium tour, you can spend as long as you wish in the World Rugby Museum.  I would recommend taking the stadium tour in the morning therefore you can relax and fully enjoy the museum afterwards.  Inside there are historic shirts, important rugby balls and rugby items you probably never imagined could exist!

How to get to Twickenham from Central London 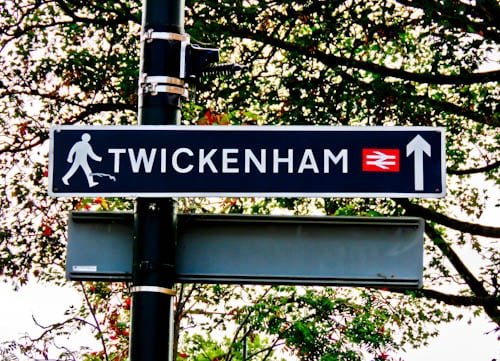 How long does it take to walk from Twickenham station to the stadium?

Even if you’re a rugby know it all, you’ll still learn a lot by taking the Twickenham stadium tour!  For those who are from the Instagram generation, I recommend arriving a little early so you can buy a little merchandise to pose for your photos in.  Importantly, the best way to arrive at the station is by train through Twickenham station.  Don’t forget to book the Twickenham stadium and museum tour online in advance.