Check the Scottish Premiership fixture list to see if there’s a home game on when you’re in Edinburgh.  Unfortunately, Tynecastle Park stadium tours are not so frequent.  However, do check the schedule as there may be one on when you’re in town.  Finally, the Hearts FC museum is open thursday to sunday.  The website states that the museum is closed on match days but it was open before the match I saw. 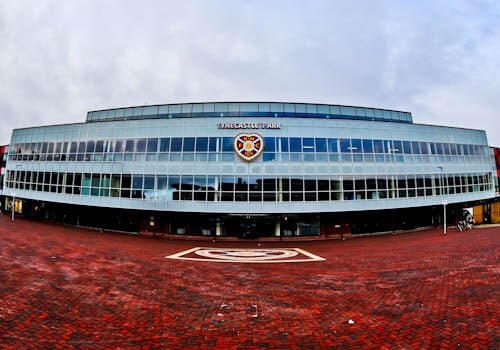 A common question is ‘where is Hearts FC football ground?’  Tynecastle Park is in the Gorgie part of Edinburgh which is its western suburb.  You can easily walk to the stadium which takes around 30 minutes.  Alternatively, you can take bus 23 from Princes St in central Edinburgh to Gorgie City farm adjacent to Tynecastle Park.  Finally, if you’re arriving by train, Haymarket is the closest station.

If you want to stay close to the stadium, I recommend the Haymarket area of Edinburgh.  Alternatively, if you don’t mind a 30 minute walk you could stay in Central Edinburgh. 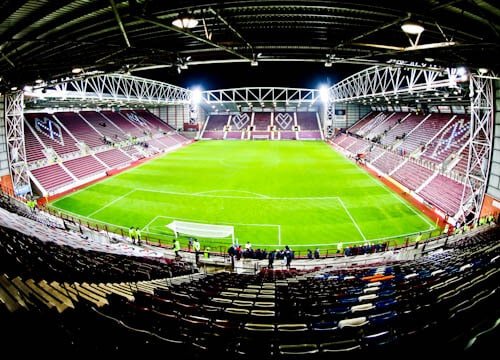 Tynecastle Park is the sixth largest stadium in Scotland and the third largest in Edinburgh.  Moreover, it’s the oldest football stadium in Edinburgh.  It’s capacity is 20,099 spectators.  Heart of Midlothian have played at Tynecastle Park since 1886, as a result it’s one of the oldest stadiums in the UK and the world.  It consists of 4 stands, the Gorgie Stand, Main Stand, Wheatfield Stand and Roseburn Stand.  Lastly, there’s a walkway around the stadium therefore you can explore it during a match.  Of course, the small away fans section is off limits! 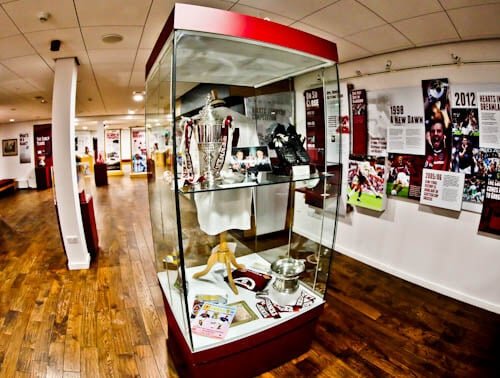 I was pleasantly surprised how in depth and well laid out the Hearts museum was.  As a matter of fact, it’s much better than the museum at nearby Murrayfield stadium, home of Scottish rugby.  Hearts proudly display their history in the museum.  They’ve won the Scottish league 4 times as well as the cup 8 times.  In addition to the good times, you’ll also learn what happened to Hearts throughout the war years.  Did you know the Scottish Cup is the oldest national trophy in world football?  What’s more, it’s permanently on display in the Scottish Football Museum, Hampden Park. 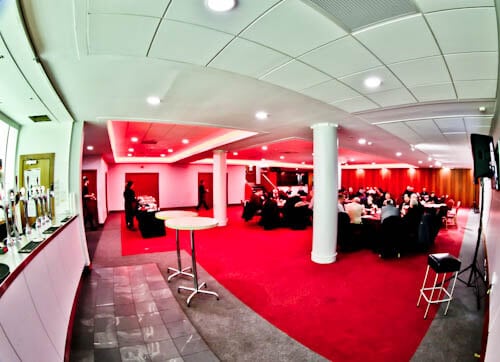 Check if there’s an additional Gorgie Suite ticket when you buy your match ticket.  For an additional tenner, you’ll gain access to the Gorgie Suite.  This also includes a pint as well as some grub before the match.  Although only one visit to the buffet is permitted, the staff came around and offered guests a second and third visit!  Most importantly, the Hearts fans are incredibly welcoming of non supporters like myself. 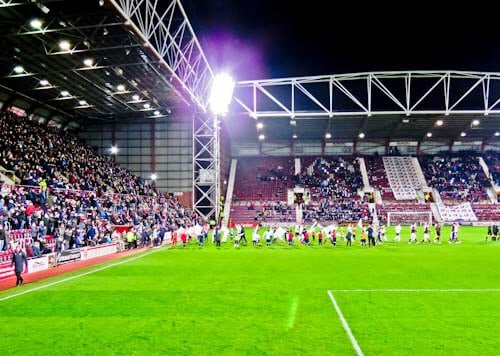 To truly experience the atmosphere of Tynecastle Park you must visit on a match day.  The atmosphere reaches fever pitch when the teams enter the stadium to the Hearts music.  Another highlight will be the fans reaction when Hearts score a goal. 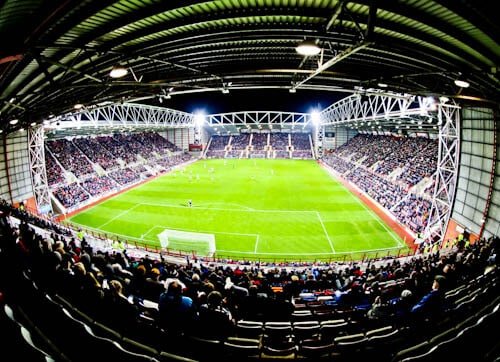 You’re welcome to explore the stadium throughout the match, with the exception of the away section.  The stewards are very friendly and they let me stay behind to take photos after the crowds had gone home.  Lastly, if you’ve bought a Gorgie Suite ticket, you’re welcome to return and buy a drink after the match. 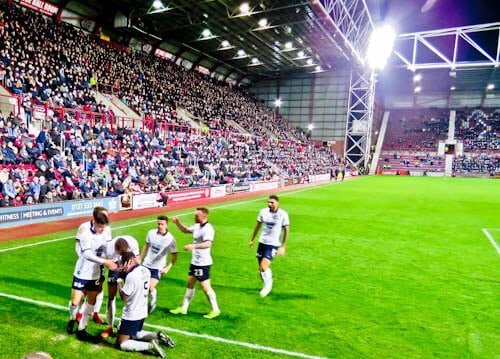 When I was in Edinburgh it was Hearts FC Vs Dundee United.  Dundee were bottom of the league and I presumed Hearts would beat them easily.  Surprisingly, Dundee ran out 1-2 winners and I was right behind the goal for their first.  They weren’t afraid to celebrate in front of the Hearts fans either which didn’t go down very well! 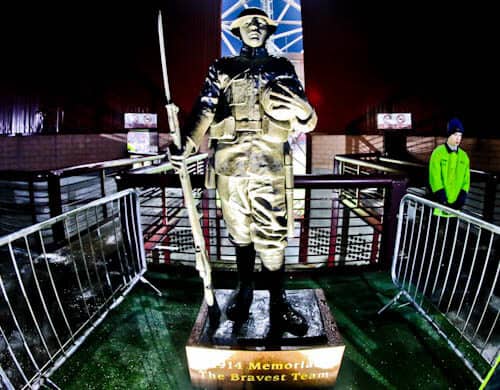 In between the Roseburn and Wheatfield stands is the Hearts World War I memorial statue.  Several Hearts players and supporters lost their lives to the war as part of the Footballers Battalion. 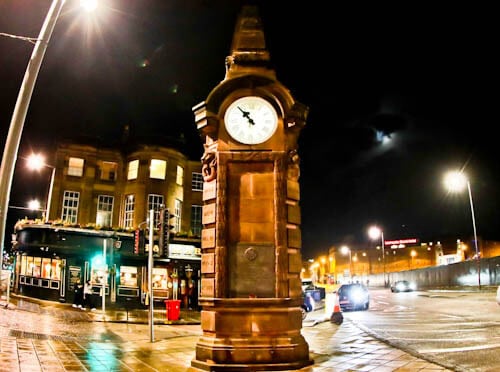 The Hearts Memorial Clock is not located at Tynecastle Park but adjacent to Haymarket Train Station.  As a result, you don’t need to watch a game or take a stadium tour to see this one.  However, it’s definitely worth a mention as it honors all the Hearts players, staff and supporters who died during World War I.

Enjoy your visit to Tynecastle Park

Edinburgh is an incredibly popular tourist destination but sadly it’s overshadowed by Glasgow as a football destination.  However, a trip to Tynecastle Park to see Hearts is a rewarding experience which you should add to your Edinburgh itinerary.  In my experience, I met passionate Hearts fans who were welcoming to non supporters at the same time.  As for the stadium, it’s both modern and atmospheric but at the same time holds a lot of history.  Enjoy!

Check out Murrayfield Stadium which is close to Tynecastle.