Vacationing In Ontario: What Should Be At the Top of Your List?

With a population of over 14 million, Ontario is Canada’s most populated province — as well as the most visited by residents of the United States.

Several major U.S. cities such as New York, Boston, Philadelphia, Chicago and Detroit are all within driving distance of Toronto, Canada’s biggest city.  If you live in one of the north east U.S. states, Ontario is a relatively short plane or train ride away.  It’s no wonder that Ontario is the most popular province for American residents to visit.

Ontario is renowned for its beautiful nature, perhaps more than anything else.  The province alone is home to more than 250,000 lakes and a plethora of gorgeous provincial parks, hike trails and wildlife spots.  Niagara Falls, of course, is one of Canada’s most well-known and visited tourist attractions.

Sports fanatics can also get the experience of a lifetime in New York.  Toronto is home to Canada’s only NBA and MLB franchises in the Raptors and Blue Jays, respectively.

The province launched sports betting online last month You can bet in Ontario online through major sportsbooks like BetMGM, BetRivers, and bet365. The Maple Leafs, Blue Jays, Raptors, Ottawa Senators are among the province’s top sports teams you can place wagers on.

In order to maximize the joy and entertainment values of your trip to Ontario, you should have these experiences atop your to-do list. 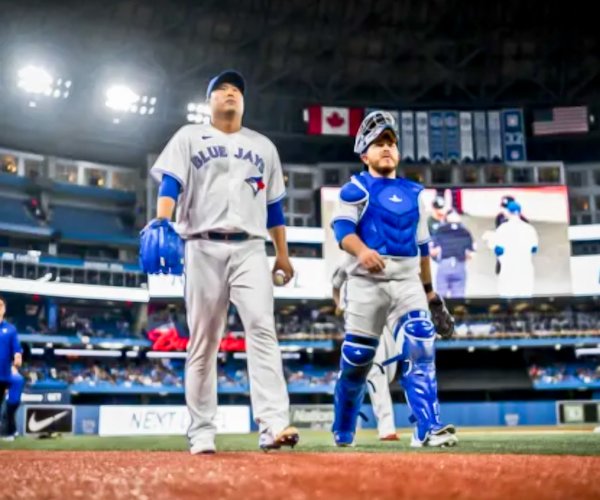 If you watch a Maple Leafs or Blue Jays home game against a big market and historic franchise, you’ll notice plenty of fans for the away teams.  This includes the Chicago Blackhawks, Boston Bruins, New York Rangers, Detroit Red Wings, Boston Red Sox, and the New York Yankees.

Toronto has a rich sports history and many storied rivalries.  If you live in the U.S. state close to Ontario, you should try to book a vacation around the time when your favorite team(s) come to town.

If you plan a trip to Ontario in April, for example, you can experience all of it: A Raptors game, a Maple Leafs game, a Blue Jays game and a Senators game.  The Raptors (Scotiabank Arena), Maple Leafs (Scotiabank Arena) and Blue Jays (Rogers Centre) all play in venues that are located in downtown Toronto, so it’s awfully easy to plan other visits and tourist attraction sites into your day if you attend a sporting event here.

April is usually the month where the NHL and NBA postseasons begin.  You would have a wonderful time experiencing the boisterous and rocking atmospheres of Toronto’s sports teams.

As far as professional sports teams go, Maple Leafs tickets are among the most expensive in North America.  But if you’re planning to visit Ottawa, Canada’s capital city, you should look to attend a Senators’ game at the Canadian Tire Center.  Senators tickets are significantly cheaper compared to those of the Maple Leafs.

This world-famous waterfall location is made up of three waterfalls: Horseshoe Falls, the American Falls and the Bridal Veil Falls.

Niagara Falls is within driving distance of Toronto and Buffalo, New York. It attracts several million tourists every year. You only need to take a brief glimpse at a photo or video of the location to understand why.

Niagara Falls offers plenty of tours to help you maximize your experience.  If you want to stay close by, there are many hotels located along the waterfront.

With Niagara Falls being just over an hour’s drive away from Toronto, tourists can conveniently build a large portion of their Ontario trip around visiting the beautiful waterfall and Canada’s largest city.

Parliament Hill is by far the number one must-see place in the nation’s capital.

Not only is Parliament Hill a must-see place because of its history and significance to the nation, but it’s also a prime location for tourists.  Plenty of restaurants and other popular tourist attractions like the Canadian War Museum and National Gallery of Canada are within walking distance of Parliament Hill.

There’s plenty of history to learn about Ottawa, Parliament Hill and the Parliament of Canada.  You can learn all about it through one of Parliament Hill’s many guided tours, which is recommended for history lovers.