Vancouver, British Columbia is one of the most beautiful cities in the world.  Here are a few Vancouver Landmarks you must visit: 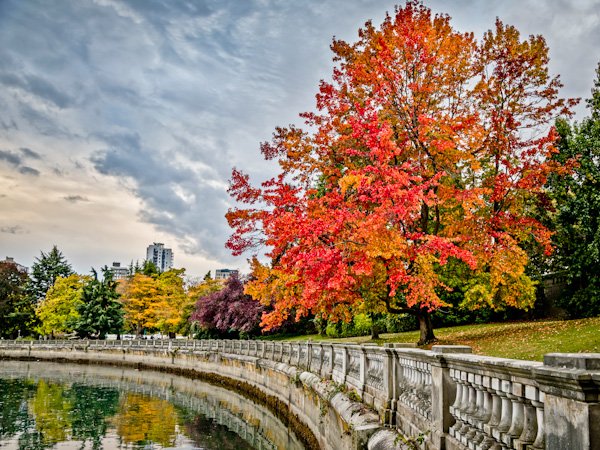 Vancouver boasts its very own 405 hectare park.  Stanley Park is huge and warrants a day trip or two in itself.  Keep your eye out for the famous 800 year old tree within the park.  During a walk around Stanley Park you may see eagles, herons, several birds species, bats, beavers, coyotes, raccoons, seals and of course squirrels.  What’s more, this well kept park offers unlimited spots to make your Instagram photos. 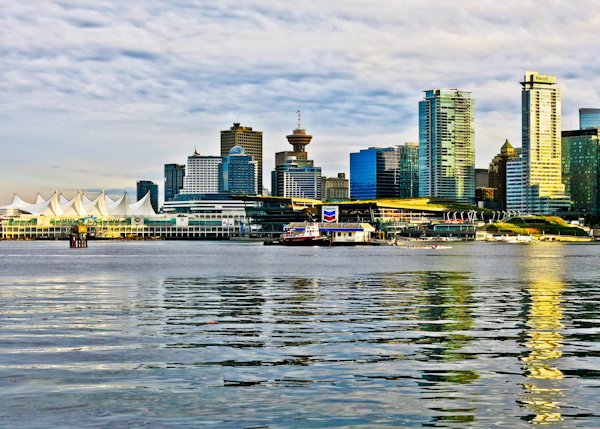 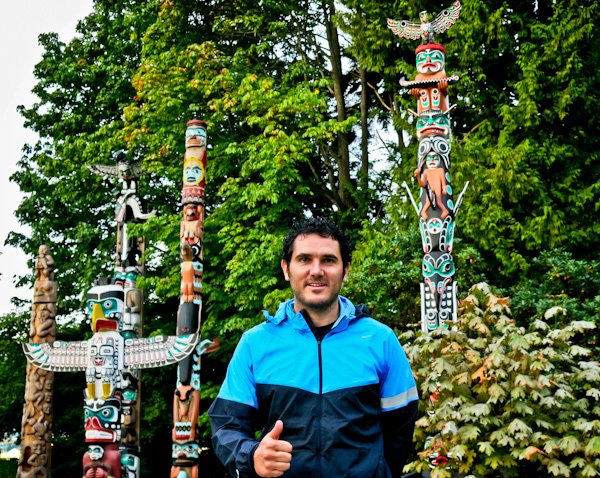 It’s said that the Totem Poles in Stanley Park are Vancouver’s most visited attraction.  These original totem poles date back to the 19th century but were not moved here until the 1960’s.  Totem poles are unique to northern BC and Canada.  Take note of the animals carved into the totem poles, eagle, whale, wolf and frog.  Of course, the eagle represents the air, whale the sea.  The wolf represents the land and the frog is the link between land and sea. 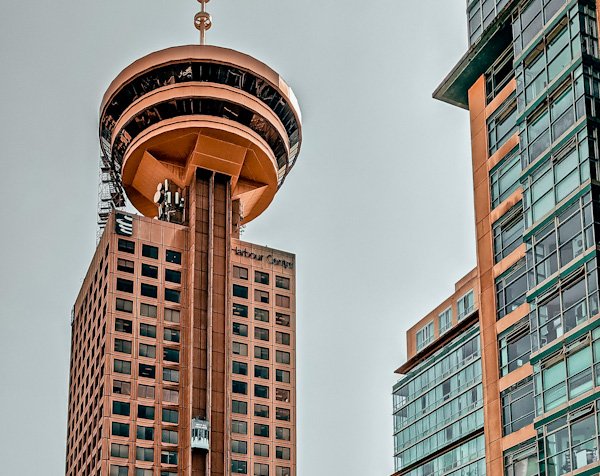 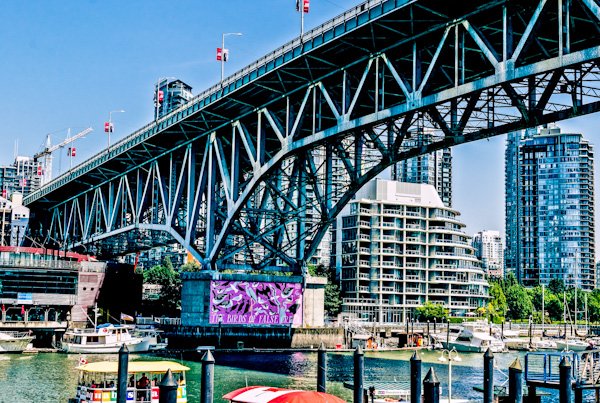 Granville Island is famous for its market and street food.  Additionally, this area of town has plenty of street art as well as an Instagram worthy bridge.

Science World and BC Place Stadium 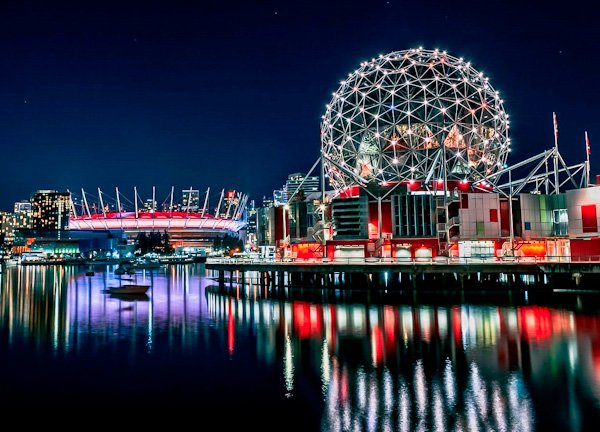 A visit to BC Place stadium is a must because it’s one of the most modern stadiums in the world.  As a matter of fact, the retractable roof is the largest in the world.  That’s right, it’s even larger than the roof of Wembley Stadium.  It’s not only the roof which is impressive but also the huge screens and other modern features which will take your breath away.  I highly recommend you take a tour or better still watch a live game.  Nearby, is Science World, a highly recommend tourist attraction in Vancouver as well as an incredibly photogenic building. 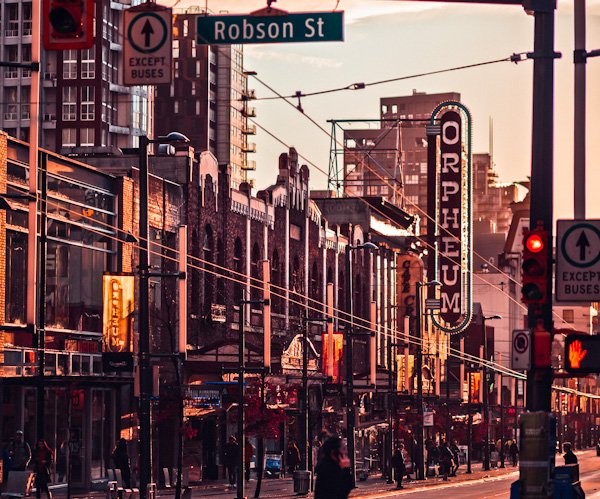 Robson Street is where people dress up and go shopping in Vancouver.  It’s the Canadian equivalent of the famous Los Angeles landmark, Rodeo Drive. 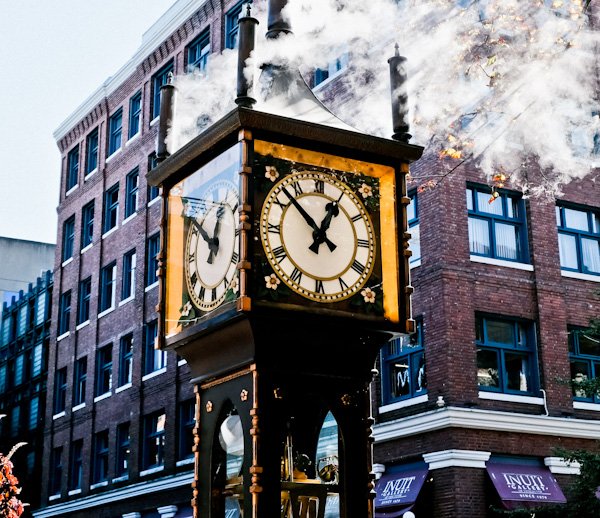 An important Vancouver landmark is Gastown and the steam clock.  You’ll find lots of touristy shops as well as cool cafes and restaurants in Gastown.  Additionally, street art in Gastown is becoming increasingly popular. 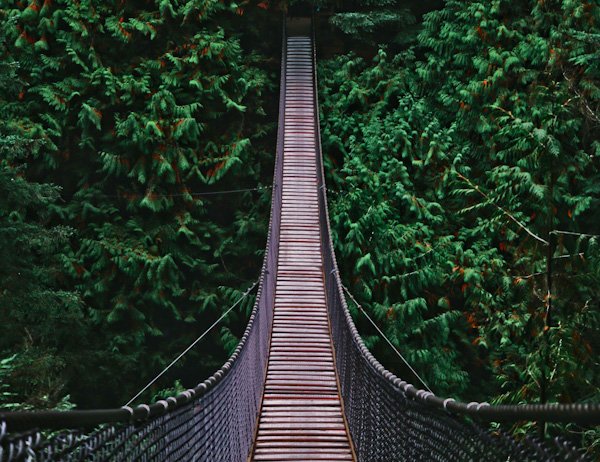 Visit Capilano Suspension Bridge early morning when it’s quiet to take a truly wonderful Instagram photo.  What’s more, early morning is when the surrounding wildlife is most active.  Get your ticket online in advance to further speed park entry. 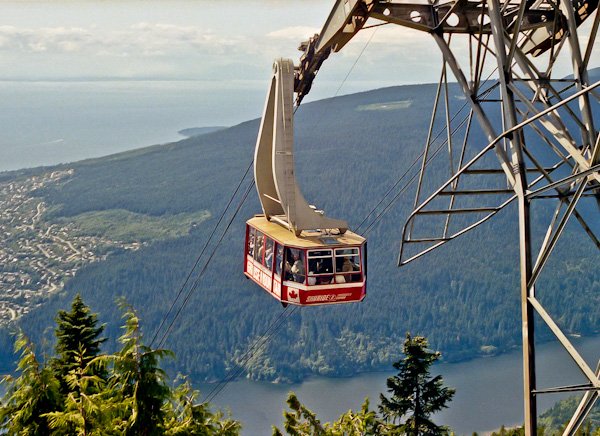 Vancouver is famous for its beautiful mountain backdrop.  Grouse Mountain is a height of 1231 meters and features North America’s largest aerial tramway known as the Skyride.  Alternatively, you can follow a footpath up the mountain.  On a clear day Grouse Mountain offers spectacular views over Vancouver.  Furthermore, you can also see Mount Rainier if it’s not too misty. 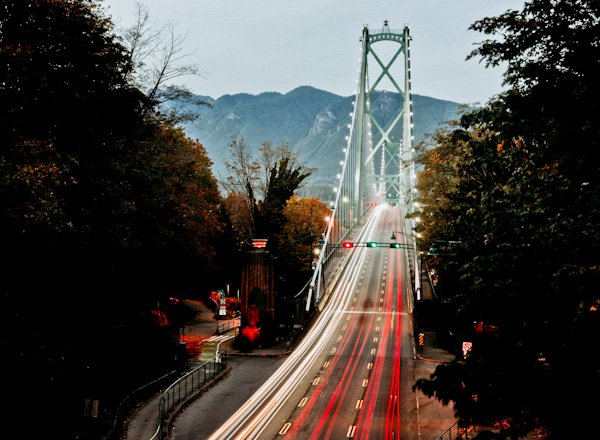 Lions Gate Bridge is a suspension bridge which opened in 1938.  It’s Vancouver’s answer to the San Francisco landmark, Golden Gate Bridge.  However, it’s no where near as photogenic.  Photographers must visit at dusk to capture the car trail lights with the mountain range in the background. 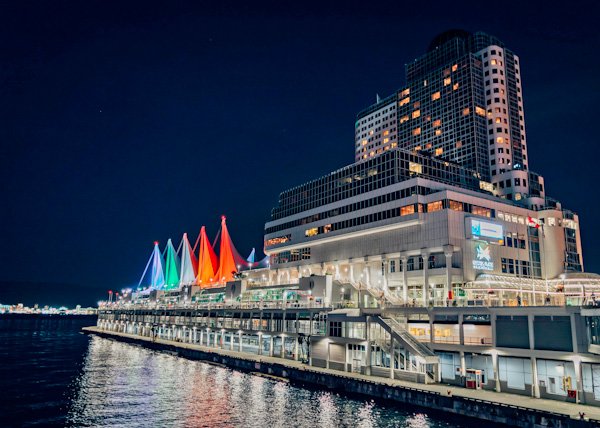 Canada Place is a photogenic area which is also a good place to watch cruise ships set off for Alaska.  What’s more, it’s the home of Vancouver Convention Centre, Pan Pacific Vancouver Hotel as well as Vancouver’s World Trade Centre. 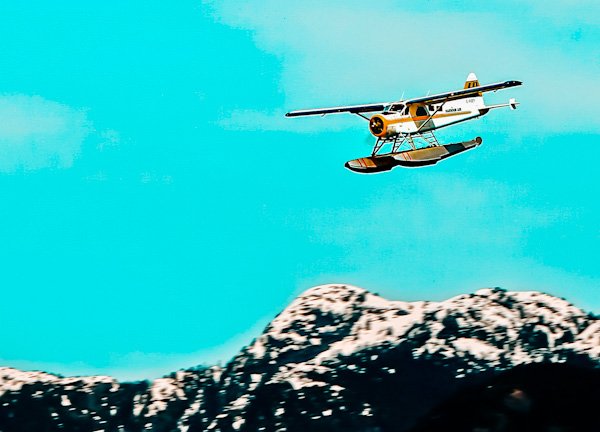 Victoria is the capital of British Columbia and it’s possible to visit on a day trip from Vancouver.  You can take a seaplane to Victoria from Vancouver harbor which will give you the opportunity to take some great aerial shots of Vancouver, Victoria and the islands in between.  You can also photograph these sea planes from places such as Canada Place in Vancouver.  Read about the things to do in Vancouver Island and why you should visit. 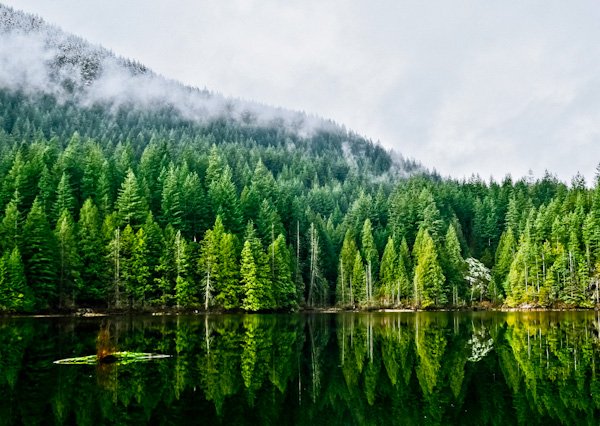 Not far from Vancouver are the Canadian Rockies which offer some of the most beautiful places on earth.  Many people hire a car before driving to Banff, Jasper and Lake Louise for several days.

How to Travel from Vancouver to Ketchikan Alaska 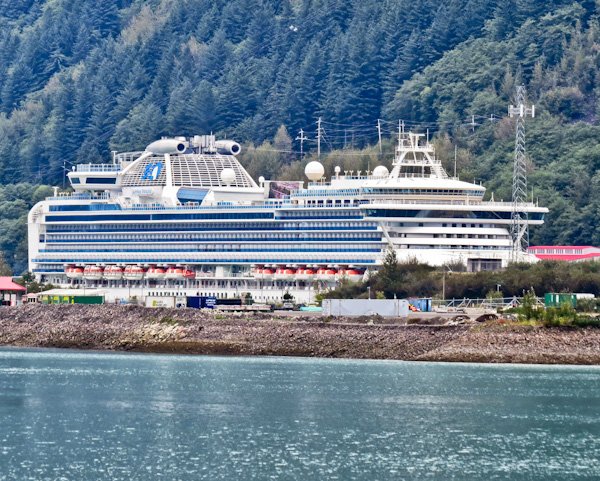 Canada Place is a Vancouver landmark I mentioned which also serves as Vancouver cruise port.  It’s also a great place to watch the cruise ships and sea planes entering and leaving the harbor.  In fact, you’ll soon discover that Vancouver has a very busy harbor!  I chose a Princess Alaska cruise to take me on the final leg of my journey from Antarctica to Alaska.  The first leg of the journey was an overnight trip to Ketchikan.  Immigration for the USA takes place at Canada Place, so you’ll be stamped out of Canada and into the USA before boarding the cruise ship.  Make sure you have a valid ESTA for the USA or you won’t be able to board the cruise ship.  Enjoy the cruise!