Warsaw is the capital city of Poland which is part of the EU and Schengen community.  Warsaw offers the following points of interest for tourists and photographers;

As I was arriving and leaving by train so stayed near the Warsaw train station another option would be to stay in Warsaw Old Town. 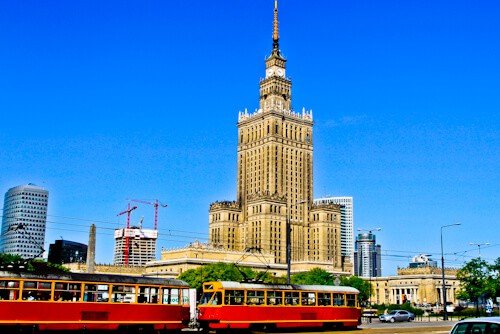 Palace of Culture and Science, Warsaw

I found Warsaw to be just about walkable but if you prefer there are trams and an underground metro service.  Warsaw has it’s own hop on hop off bus service. 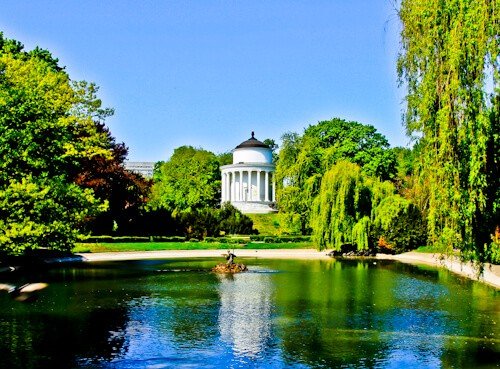 Lazienka (Royal Baths) Park is the largest park in Warsaw and the 3 major points of interest are the Ujazdow Castle, Lazienka Palace and the Chopin Statue.  On a calm sunny day Lazienka Palace offers perfect reflection photography as there is a lake in front of it.  The Ujazdów Castle dates back to the 13th century but like many buildings in Warsaw was destroyed in the war and reconstructed shortly afterwards.  I must note that the castle looks more beautiful in old pictures than it does in today’s reconstructed state, still it’s worth a visit and a snap. 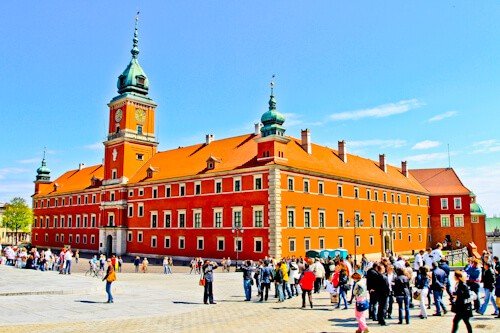 As you enter the old town of Warsaw you’ll pass the Royal Castle which is a UNESCO world heritage site.  The Royal Castle used to be the residence of the Polish Royal family.  An interesting fact about the Royal Castle is that Napoleon Bonaparte stayed there for a couple of months in 1806/07.  The monarchy of Poland was abolished 1918 and the Royal Castle destroyed during the second world war.  Since being rebuilt the Royal Castle has been donated many pieces of art from all over the world and now hosts a museum. 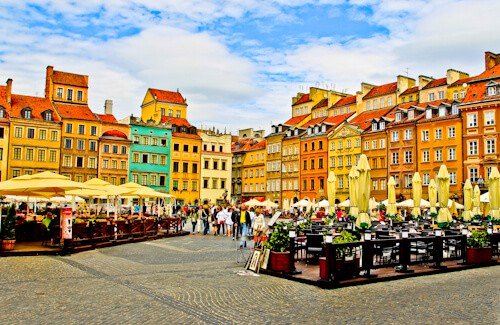 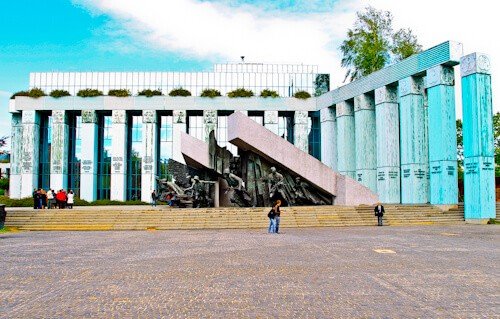 Poland was the first country invaded by Germany at the very start of the second world war.  The Polish really suffered during the war, especially the Jews living in Poland at the time.  Nearly all the points of interest I have written about were destroyed and rebuilt during this period.  If you are a world war enthusiast then you must visit the Warsaw Uprising Museum.  In August 1944 the Polish fought back against German occupation, the results are documented with eye witness accounts and photos in the Warsaw Uprising Museum. 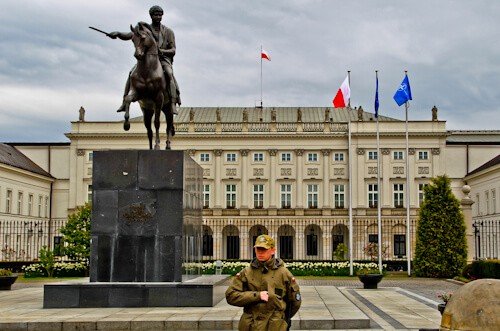 For football fans it’s possible to visit the National Stadium of Warsaw which hosts Poland’s national football games.  Known as the PGE Narodowy stadium it has a retractable roof and hosted Germany versus Italy in the semi final of Euro 2012.

From Warsaw I took the train south to Krakow, there are regular departures from Warsaw train station.  There is a reliable bus service between Warsaw and Krakow which is significantly cheaper than the train.  Both the train and bus take around 3 hours to get to Krakow.