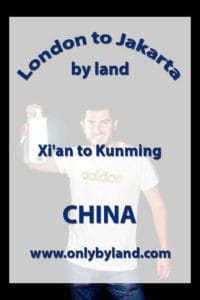 Xi’an is a city in central China.  Xi’an offers the following points of interest for tourists and photographers;

Xi’an is a large city, I’d recommend staying in the center of the city, close to the Bell Tower. 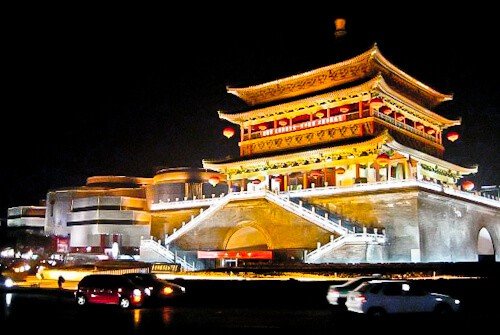 Xi’an is a beautiful city, the Bell Tower (above) you would think is a unique building in the city but there are many buildings in the city made in this style.  You’ll find the local McDonald’s and Starbucks are located in structures similar to the Bell Tower.  With its city walls, Xi’an reminded me of my university city in England, Chester, it’s a Chinese version of Chester!

Nearby the Bell Tower (above) other important sites to see in the city are the Giant Wild Goose Pagoda, Daci’en Temple, Ketang, The Drum Tower and Xuanzang.  You can easily walk to all these sites from the Bell Tower. 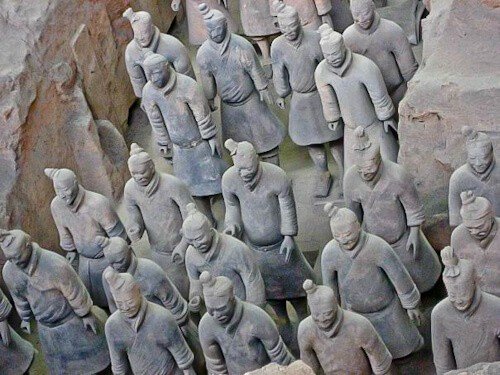 The Terracotta army was created by the first emperor of China, Qin Shi Huang.  He started his huge toy collection in 246 BC which makes the collection over 2250 years old.

The Terracotta Soldiers are one of the most famous works of art in China.  The Terracotta Army of soldiers was discovered by accident in 1974 by a local farmer when he dug into a pit which contained over 6000 of the life size soldiers.  Since then, 2 more pits of soldiers have been discovered and there are almost 8000 life size soldiers.  Each soldier is unique and hand sculpted out of clay.  For me the most impressive part of the Terracotta Army was the Qin bronze chariot or the kneeling archer.  As well as the famous and well kept soldiers (above) you’ll also see many soldiers which have been damaged, heads and limbs fallen off etc… 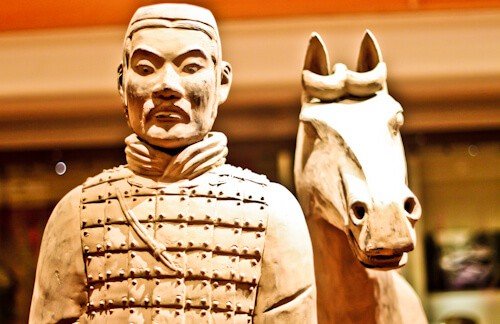 There are lot’s of Terracotta Warrior replicas around the world, you can find this one in The Royal Armouries Museum in Leeds, UK (above).  The Terracotta Warriors were all originally painted but unfortunately the paint did not pass the test of time.  In Leeds they are planning on painting their replica to resemble a warrior in the original colors.

In the movie, The Mummy 3, the Terracotta Army famously come to life. 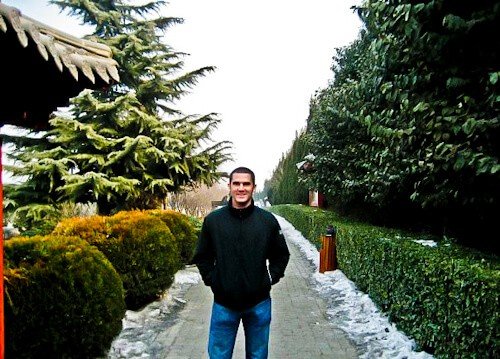 Adjacent to the Mausoleum of the First Qin Emperor is the Lishan National Forest Park.  I would recommend combining this with your trip to see the Terracotta Army.  The Huaqing Pool and Hot Springs are also close by to the forest, although you can’t bath in them, they photograph beautifully.  The Lishan Forest Park itself has many historical monuments dating back to the Imperial Dynasties.  You can do a little hiking as well in the park, it’s worth visiting if you are in Xi’an a few days.

The train from Xi’an to Kunming in the south of China is an overnight train (36 hours).  In Xi’an it’s easiest to buy your train ticket in a hotel for a small service fee.  This will save you traveling to the train station to buy your ticket which is difficult with the language barrier, it’s much easier to speak English with someone in a hotel close by who’ll have the ticket delivered to you.

One cultural difference you’ll notice about the Chinese is that they are excessively clearing their throats and spitting into bags, you’ll have to get used to this on the long journey south!