Things to do in Yogyakarta, Borobudur and Prambanan, Indonesia 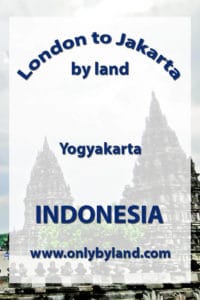 Things to do in Yogyakarta

Yogyakarta is a city on Java Island, Indonesia.  Things to do in Yogyakarta as well as day trips from Yogyakarta include;

You’ll find hotels in Yogyakarta at very low prices, this could be the city you splurge on a luxury hotel. 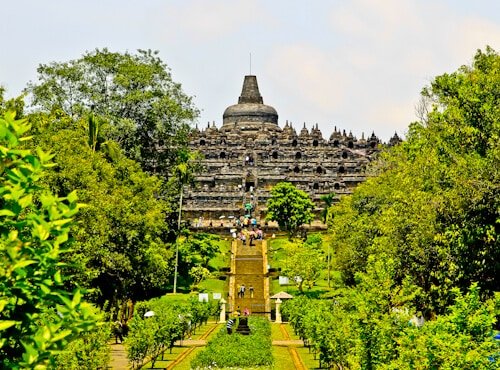 The main reason most people visit Yogyakarta is to take a trip to the Borobudur Temple.  If photos of the Borobudur Temple and its grounds are not enough to make you want to visit then maybe the fact that they are a UNESCO world heritage site will tempt you.  For me Borobudur was as impressive as Siem Reap in Cambodia, in fact Borobudur is the largest Buddhist temple in the world.  Borobudur dates back to the 9th century and is the most visited site in Indonesia which is impressive considering most tourists visit Bali. 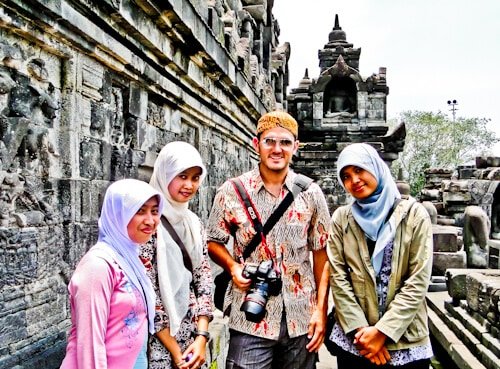 A popular time to visit Borobudur is for sunrise and for this I’d recommend staying in Magelang close by.  However, I visited at around 2 pm and dressed in local clothes bought from the Jalan Malioboro shopping street in Yogyakarta.  The local visitors at Borobudur temple were keen to photograph a foreigner dressed as a local.

I visited Borobudur, Mount Merapi and Prambanan in a day using a car and driver I hired in Yogyakarta.  You should check out the price for a car and driver whilst visiting Indonesia, it will surprise you how cheap it is. 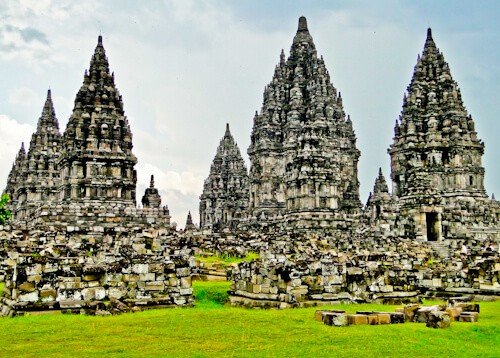 Prambanan and its grounds, like the Borobudur Temple complex are a UNESCO world heritage site.  Whereas Borobudur is a Buddhist Temple the site of Prambanan is a Hindu shrine.  Prambanan is a Hindu Temple which is the largest in Indonesia as well as one of the largest in Asia.  It dates back to the 9th century.  As a result it’s about the same age as Borobudur.  Prambanan used to be called Shivagrha after the Hindu god Shiva.  In addition, the largest shrine is devoted to Shiva.  It’s possible to take a personal guided tour of Prambanan if you wish to know every detail of the complex and again this is a very cheap service.

Things to do in Yogyakarta – Horse drawn Carriage Tour 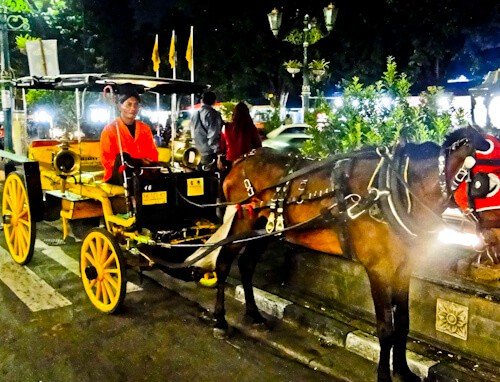 Yogyakarta is very cheap, everything is cheap including shopping on Jalan Malioboro street, the hotels and restaurants.  The best way to see the city as a tourist is by horse drawn carriage and guess what?  It’s cheap too.  Don’t forget to negotiate a price with the driver before taking a tour of Yogyakarta.  The driver will probably speak very basic English, just enough to negotiate a price.  On a horse drawn carriage tour you’ll see most of the things to do in Yogyakarta.  Furthermore, points of interest you’re likely to see on the horse include Keraton Ngayogyakarta Hadiningrat (palace), Taman Sari water castle as well as Tugu Yogyakarta. 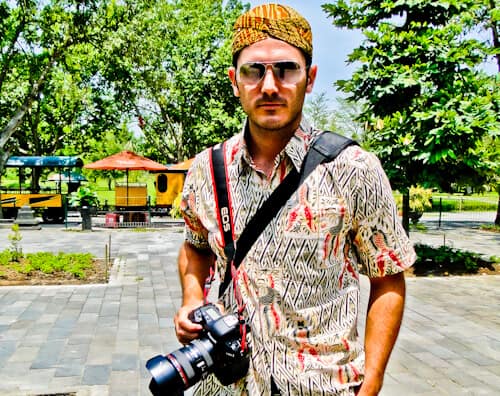 Jalan Malioboro street is the place to go for batik clothing.  In fact, you can buy more things you could imagine made from batik.  This is a good place to buy your outfit for a day trip to Borobudur.  Don’t forget to bargain for the price and don’t be afraid to walk away if the price is too high, there are plenty of shops competing with each other for your business.  Furthermore, they have some traditional hats which a great addition to a batik outfit. 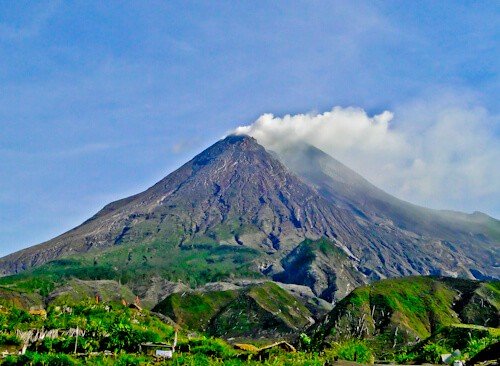 Mount Merapi is a very active volcano, in fact it’s the most active in Indonesia.  Chances are if you visit Merapi that you will see it smoking (above).  Mount Merapi last erupted in 2010 and then again in 2013.  Mount Merapi is designated as a decade volcano which are the most dangerous volcanoes in the world due to the number of people living close by.  Other notable decade volcanoes are Mount Rainier in Washington, Mount Vesuvius in Italy as well as the Santorini Caldera in Greece. 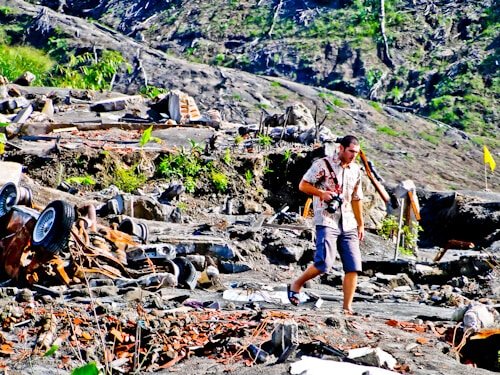 It’s possible to walk through previous lava flows and see the destruction Mount Merapi has caused.  You can see the remains of a car (above), this was part of a destroyed village I was walking through.  There was a huge lava flow running through a forest which was an incredible site too.  One of the major Indonesian highways was split in two during the last eruption, of course this has now been repaired but you can clearly see the destruction the lava flow made on each side of the highway. 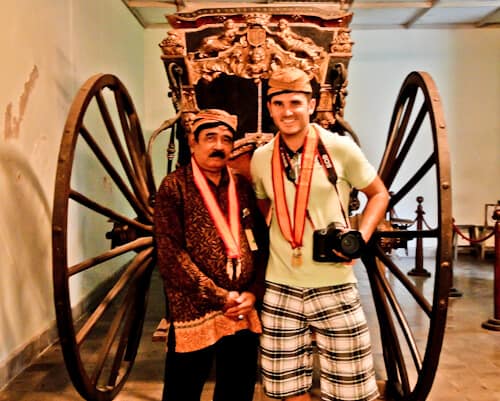 Surakarta is located in central Java, additionally it’s also known as Solo which is much easier to remember.  On a visit to Solo you’re likely to visit several historical palaces.  The palaces are full of royal artefacts.  For this reason, I recommend Solo if you like to visit historical palaces.  Interestingly, I was told by my guide that a previous British guest of his was former Prime Minister, Tony Blair.

Enjoy your Visit and Day Trips from Yogyakarta

There are lots of things to do in Yogyakarta and lots of interesting day trips.  I recommend making Yogyakarta your base for a few days whilst enjoying a few days trips.  Make sure you investigate the private car with driver option, you’ll be surprised how cheap it is.

Check out the temples of Bangkok, also Paricutin Volcano in Mexico, a natural wonder of the world.