What to see on Holidays to Fuerteventura

Fuerteventura is the second largest island of the Canary Islands.  Here are a few things to do on your holidays to Fuerteventura:

First and foremost, I recommend you book your holidays to Fuerteventura with Voyage Privé.

Fuerteventura is part of the Canary Islands which are a Spanish archipelago and therefore part of the EU.  However, the Canary Islands are a long way south from Spain.  They are in fact 100 km west from the coast of southern Morocco.  What’s more, the weather is nice and warm here and often complemented by a cool breeze.  To sum up the location, it’s perfect because it’s isolated but not too far to fly to and it’s also on the same time zone as the UK. 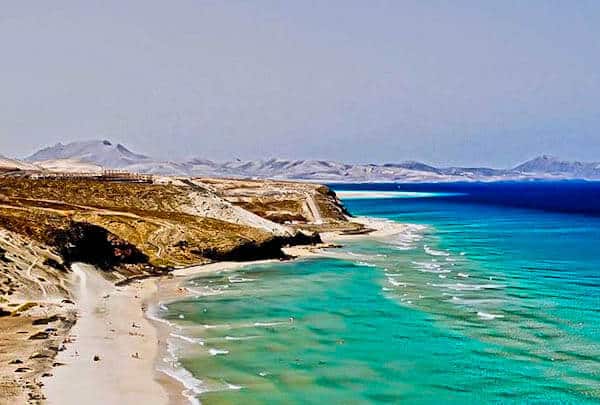 Fuerteventura is the second largest of the Canary Islands.  For this reason, there are countless beaches to visit.  What’s more, due to it’s location 100 km from the coast of Africa the waters are incredibly clear.  As a matter of fact, white sands and emerald colored water reward those who make the trip out.  The following beaches are popular amongst Fuerteventura visitors:

Not only can you sunbath and relax on these beaches but you can also play a few water sports.  Visitors enjoying holidays in Fuerteventura often practice surfing, windsurfing as well as water skiing.  Lastly, why not hire a car to explore the beaches?  You might find a piece of undiscovered paradise all for yourself. 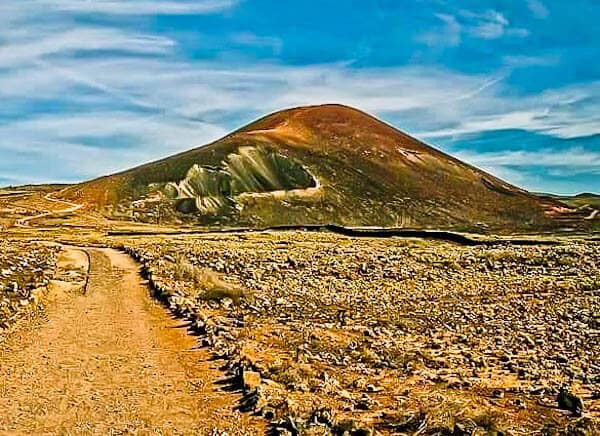 Something which goes hand in hand with the paradise beaches is the volcanic landscape backdrop.  Don’t worry though, this island has not seen any volcanic activity for thousands of years.  However, I do recommend you take a trip into the mountains so you can see how not only Fuerteventura was formed but how the whole of the Canary Islands were formed.  That’s not to mention the panoramic views of the emerald colored waters which surround the island.

Known is Spanish as the Montaña de Tindaya, this mountain is believed by the natives to be sacred.  When I say natives I refer to the pre-Spanish inhabitants.  If you visit the base of this 400 meter tall mountain there are some original engravings made by the native population.  Which is the tallest mountain on Fuerteventura?  It is in fact, Pico de la Zarza which is over 800 meters tall.  Lastly, follow the hiking trail to the summit for majestic views over Fuerteventura and the Canary Islands. 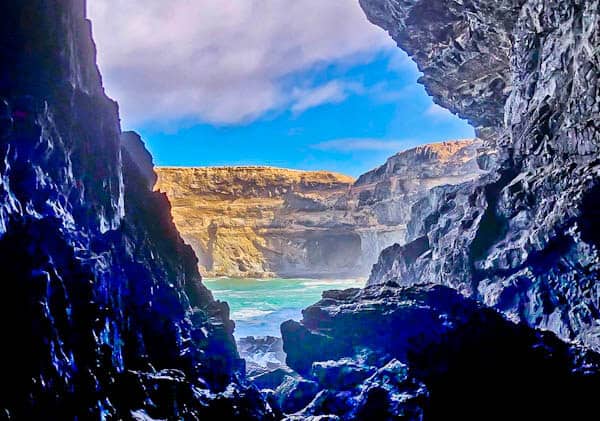 I mentioned earlier white sand beaches but there is also a black sand beach.  Ajuy beach surrounds the Ajuy caves which are in fact over 70 million years old.  Originally part of the ocean floor, these rock formations rose to the surface when the islands were formed.  Finally, these caves and the opening to the sea in particular have become a top Instagram spot in Fuerteventura.  Dress up, stand at the cave entrance and do your best pose!

What is the capital city of Fuerteventura?  Puerto del Rosario.  This town has around 40,000 population therefore you’ll find lots of restaurants, bars and shops etc.  What’s more, it’s also a cruise port and features a picturesque harbor.  Photographers will love walking the streets and photographing the Spanish architecture.

Enjoy your Holidays to Fuerteventura

Holidays to Fuerteventura offer activities for every type of traveler.  Whether you’re a couple coming to relax on the beach or a solo adventurist heading to the mountains.  That’s not to mention the foodie travelers who have countless good restaurant options to choose from.  Enjoy!