Macapa is a city in Northern Brazil located on the Amazon River and the equator.   Macapa makes an excellent starting point for Amazon river cruises.  Things to do in Macapa include;

Finding a place to stay in Macapá should be easy, they have quite a few options, even an Ibis.

Macapa is a major city, it’s where the Amazon river meets the Atlantic Ocean.  As a result it’s located at the end of the Amazon river.  In addition, it’s also located on the equator meaning it’s very hot!  Being on the equator I decided to visit the the Marco Zero monument, also known as Ground Zero Ecuador – Half The World.  This location is perfect for making Instagram snaps with one foot in the Southern hemisphere and the other in the Northern.  To get to Marco Zero, you need to take a local bus.  It’s a 10 minute journey from the center of Macapa and the huge monument (above) is easily visible so you should see it and know when to get off.

On a personal note, being on the equator signified the halfway point of my journey from Antarctica to Alaska. 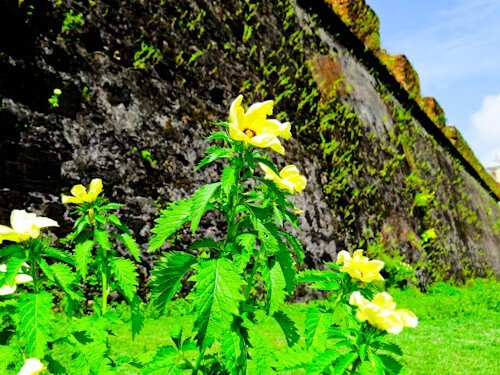 In the city of Macapa you’ll find a well kept Fort which is definitely worth a visit.  The St Joseph of Macapa Fortress was built by the Portuguese in the eighteenth century to protect the Amazon.  Most importantly, to protect it from the French who weren’t too far away in French Guiana.  The city of Macapa was founded in 1758 and just 6 years later the construction of the Fort began.  Outside the Fort is a beautiful park with greenery, flowers and a wonderful view of the Fort itself.  Did you know there’s a similar Portuguese Fort in Maputo, Mozambique? 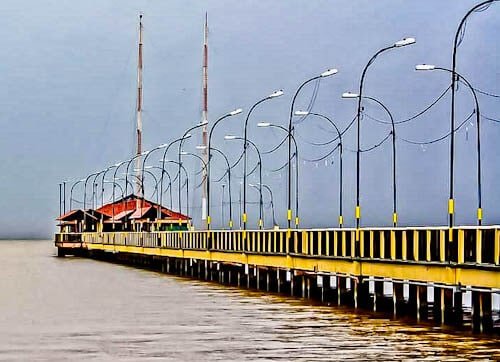 There is a promenade alongside the beach which is probably best walked on during the early morning or evening (due to the heat during the day).  As I was traveling, which meant I wasn’t really exercising I took advantage of the promenade and went for a long run in the evening.  On the promenade you’ll pass Trapiche Eliezer Levy which is a long pier as well as a good place to watch the sunset.

Zerao stadium is unique as it has been built on the equator.  It’s a short walk from the Marco Zero monument.  The centerline of the pitch is located on the equator.  As a result one team is playing in the northern hemisphere and the other team in the southern!

How to get from Macapa to Oiapoque and French Guiana

The bus from Macapa to Oiapoque was a Santanese service which took 10 hours on an unpaved road.  This journey was a little bit too short as the bus arrived in Oiapoque at around 5 am and the border to French Guiana did not open until 8 am.  I decided that waiting in the bus station for 2-3 hours was the safest thing to do.  At 8 am I took a taxi to the border control and was stamped out of Brazil.  Afterwards I took a small boat over the Oyapock river to St Georges, French Guiana.  French Guiana is officially part of France and the EU, so as I have a UK passport I did not need a stamp into the country.  There are ATM machines in St Georges which dispense Euros, which of course is the official currency of France and therefore French Guiana.

How to get from St Georges to Cayenne

From the border town of St George it’s easy to find a share taxi to the capital city of French Guiana, Cayenne.  The cost is €31, for a 3 hour ride which is a European price, a lot more expensive than Brazil.