I recommend you stay in Burgos at least 3 nights so you can enjoy both the Burgos attractions as well as the delicious food.  A bonus if you decide to stay is that hotels in Burgos are excellent value. 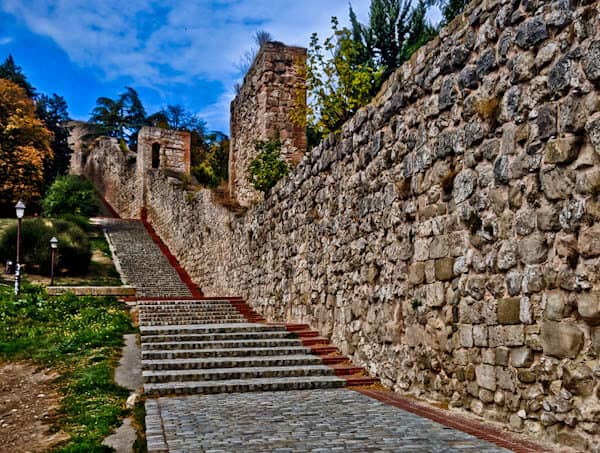 Firstly, don’t worry, the castle is only 75 meters above the city therefore the climb is easy.  Secondly, when I say historic I refer to the history of this hill.  Over the years, so much has happened on these banks.  Arguably the most famous was the Siege of Burgos.  The Seige of Burgos happened in 1812 where the Duke of Wellington failed to topple the French who occupied Burgos Castle.  However, a year later he would return.  During the French panic as he returned, they accidentally killed 200 of their own men whilst they destroyed the castle. 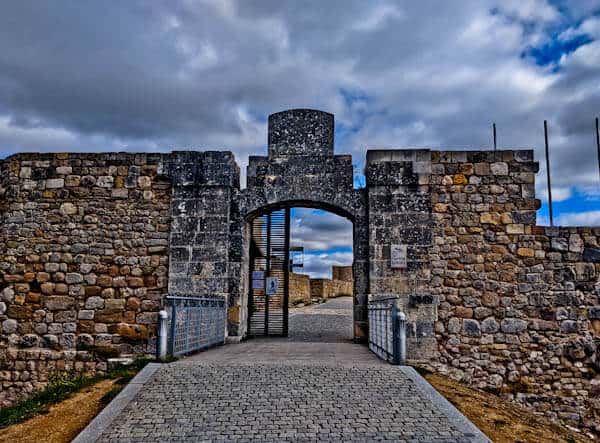 Enter the castle through the grand main gates.  An interesting fact about the castle is that once upon a time it was a Moorish Castle.  In addition, for many years it was the home of the Kings of Castile.  In its later years it was under French occupation until they completely destroyed it.  Today, it’s still very much in ruins. 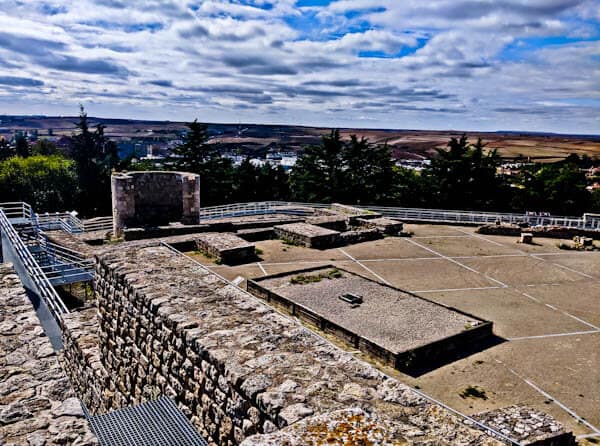 The strategic castle position becomes quite clear as you walk around the castle walls.  As a matter of fact you can see for miles around.  Those who are walking the Camino de Santiago will recognize the Meseta views in the distance.  Several Burgos attractions are clearly visible from the walls therefore I recommend you visit the castle first to get an idea of the Burgos layout. 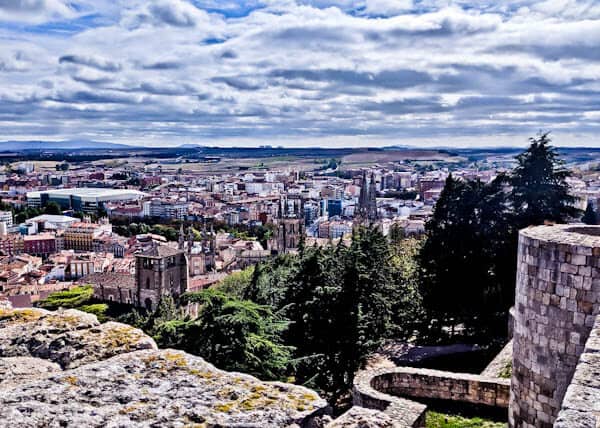 Enjoy panoramic views of many Burgos attractions as you walk the castle walls.  First and foremost are the aerial views of the Gothic Burgos Cathedral.  In addition to the cathedral, several other attractions are visible including the Museum of Human Evolution as well as Paseo del Espolon.  That’s not to mention the iconic Spanish rooftops!

5. Descend into the Burgos Underground 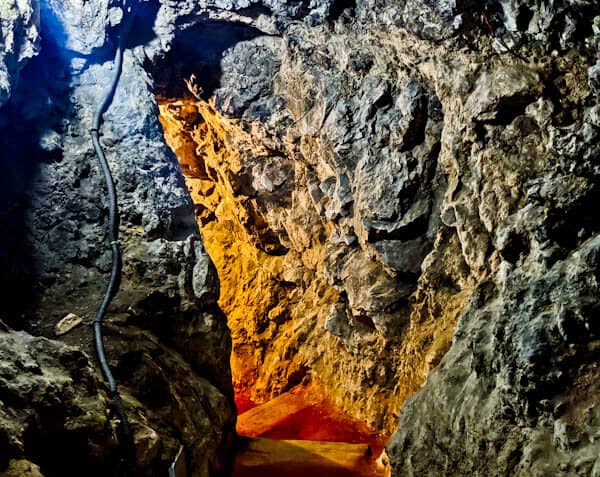 Firstly, it costs a little extra to enter the Burgos Underground.  Moreover, you must reserve a guided tour time in advance.  However, it’s well worth the extra effort and money to organize a trip underground.  As you walk through the tunnels the guide will explain where the booby traps once were.  Booby traps include a huge hole in the floor which would trap intruders.  Another more complex booby trap involves the zig zag shape of the tunnels.  As intruders walked through the tunnels, guards would be ready to pounce as the came around each corner.  As a result, take care as you walk through this historic underground!

Read about other undergrounds throughout the world in Sarajevo, Novi Sad, Edinburgh and Cappadocia.

6. Ascend through the Shell ‘Caracol’ of the Well 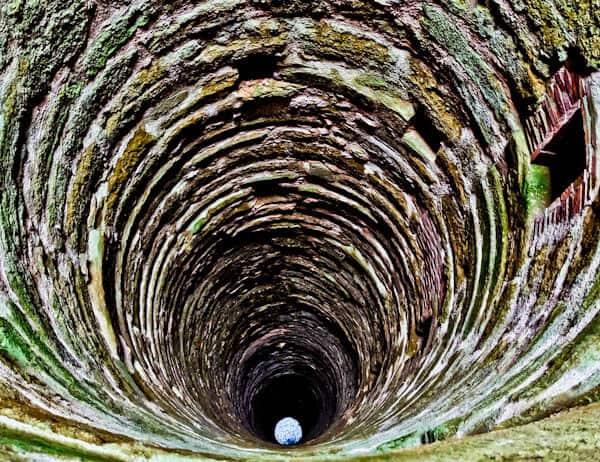 The most important part of the castle complex is the well.  As you can imagine, a water source is the necessity for any community.  An interesting fact about the well is there’s a staircase around it known as the ‘caracol’.  Caracol is Spanish for snail and it refers to the shape of the shaft around the well which resembles a snails shell.  What’s more, when you take the guided tour you can walk on the staircase around the well. 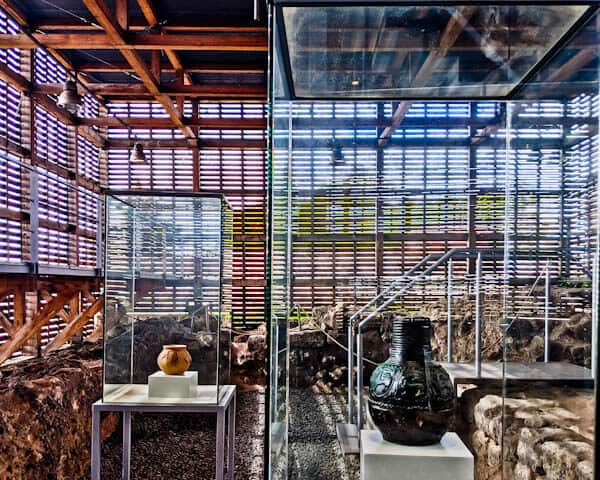 Burgos Castle museum features information boards explaining its full history.  Furthermore, there are also a few artifacts on display from Burgos Museum.  When I visited there was a stunning Islamic glass vase on display.  Lastly, due to the lighting as well as the symmetrical alignment of the building, inside the museum itself is an Instagram worthy spot in Burgos. 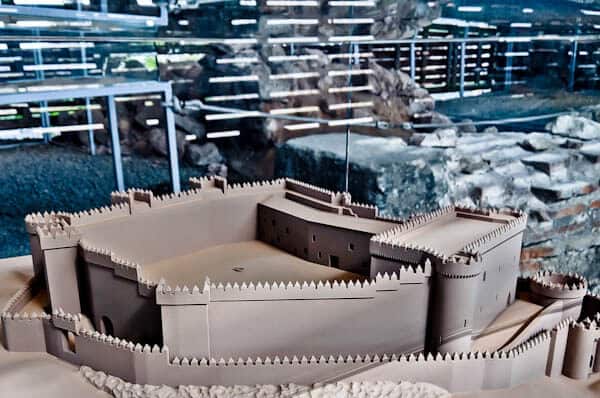 As I mentioned earlier, Burgos Castle was destroyed at the start of the 19th century.  I also mentioned that it was blown up by accident during French occupation.  But, how did it look before it was blown up?  The museum features a 3D model of how the castle originally looked.

There are so many good reasons to visit the castle.  Of course, the primary reason to visit Burgos Castle is to learn the history and be where so much has happened over the years.  Other reasons are to take the walk up the hill as well as enjoy the panoramic Burgos views.  Finally, visit Burgos underground!

View original photography from inside Burgos Cathedral.  Visiting the north of Spain?  Why not try Comillas which is home to two A.Gaudi monuments.