Stamford Bridge is home of one of the top Premier League and European football teams, Chelsea FC.  Reasons to take a Stamford Bridge Museum and Chelsea Stadium Tour include;

I recommend a London hotel anywhere within zone 2 of the London underground.  As a result, you can take the underground to Fulham Broadway on the District Line and walk a few meters to Stamford Bridge.  It’s much cheaper to book the stadium tour online than to pay on the day. 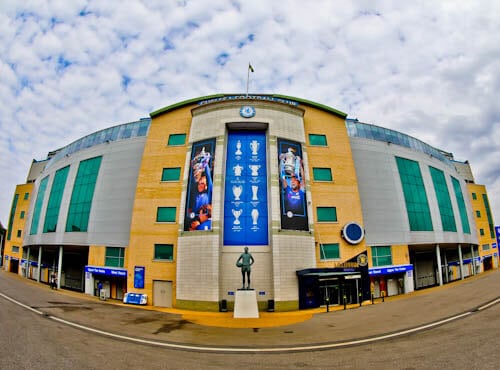 Stamford Bridge is located in Central London.  The most convenient way to arrive is by London Underground at Fulham Broadway station on the District Line.  An interesting fact about Stamford Bridge is that it’s located in the Fulham district of London.  Of course, it’s only a few meters from the Chelsea district.  To get to the Chelsea Stadium tour you must walk past the stadium and turn right, here is the exact location. 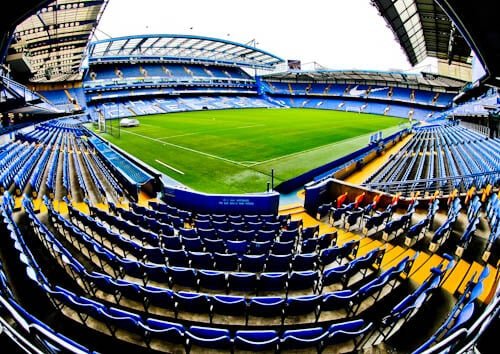 Stamford Bridge opened in 1877 making it the fourth oldest stadium in the UK.  Other old stadiums in the UK include Anfield and St James’ Park.  As an example of how old this stadium is, the FA Cup final was held here from 1920-1922 before Wembley Stadium existed.  Stamford Bridge has a capacity of just over 41,000 spectators. 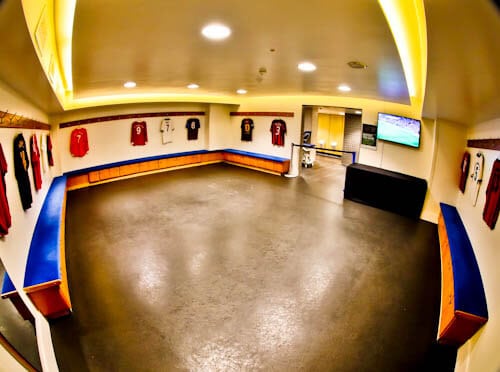 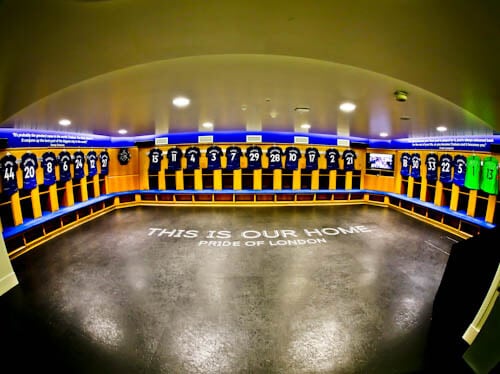 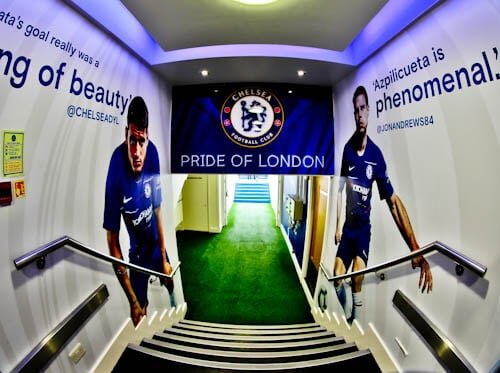 When the teams approach the pitch, they wait in the legendary Chelsea players tunnel.  In here the away team are reminded they are at Chelsea, the pride of London.  Additionally, current players are printed on the wall with positive quotes about them.  This is an excellent location to take your Chelsea stadium tour pictures. 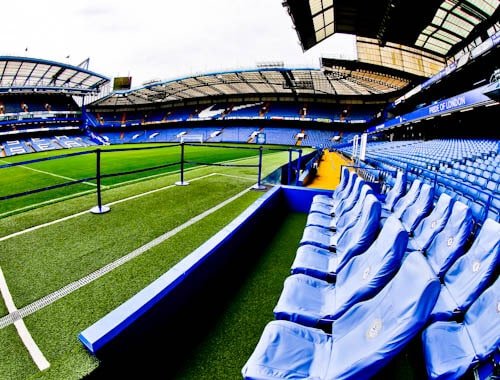 A highlight of the Chelsea stadium tour is a visit to pitch side.  Chelsea is a club famous for changing its managers regularly.  You’re welcome to sit in the same famous seats as managers including Maurizio Sarri, Antonio Conte, Guus Hiddink, Jose Mourinho, Rafael Benítez, Roberto Di Matteo, Carlo Ancelotti, Ruud Gullit and of course, Glenn Hoddle.  Probably, the most famous event to happen pitch side at Stamford Bridge was when Arsene Wenger and Jose Mourinho had a brief fight. 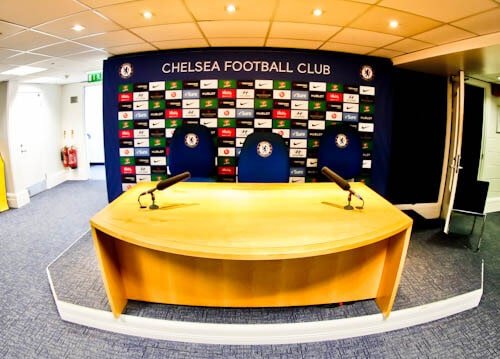 Chelsea have a relatively small and claustrophobic press room in comparison to the size of the club.  Nevertheless, it’s the Chelsea Press Room and the perfect place for a picture.  Chelsea is one of the most active clubs in the transfer market.  As a result, many stars have given interviews here, including legends John Terry, Frank Lampard and Didier Drogba. 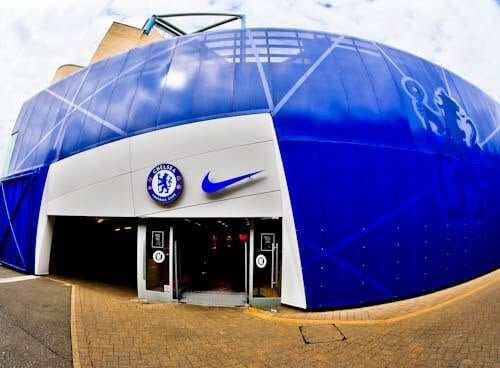 The Chelsea stadium tour ends in the club shop.  There are 2 floors full of Chelsea merchandise, for this reason Chelsea fans will be in their element.  Maybe you should visit here before your tour and wear the merchandise in the iconic locations of Stamford Bridge. 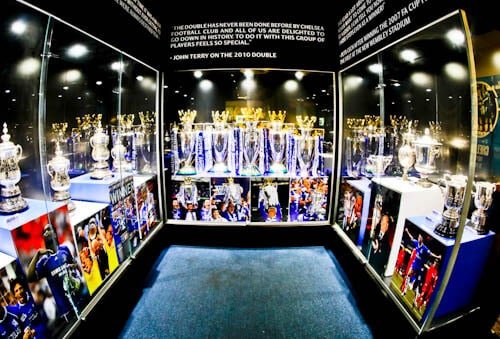 Chelsea have won every major trophy.  In fact they have won a Champions League, 5 Premier Leagues, 1 Europa League, 1 UEFA Cup, 1 UEFA Super Cup, 8 FA Cups, 5 League Cups as well as the old First Division.  As a result, you’ll see plenty of silverware in the Chelsea Museum.  In addition, you’ll learn about the history of Stamford Bridge, the future of Stamford Bridge as well as the legendary Chelsea players.

How to get to Chelsea Stadium from Central London 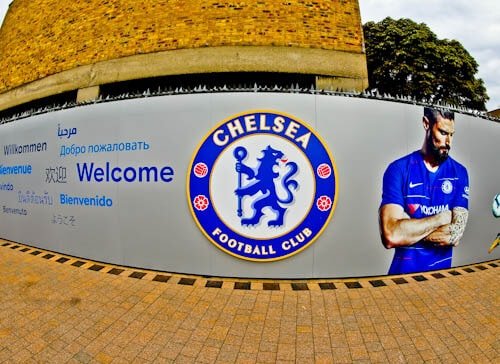 It’s very easy to get to Stamford Bridge, simply take the District Line to Fulham Broadway station.  From the station, it’s a 5 minute walk to the stadium.  When you see the ‘Welcome to Chelsea’ sign and huge Stamford Bridge street sign, you’re there!  Enjoy your Chelsea Stadium tour and don’t forget to book in advance.