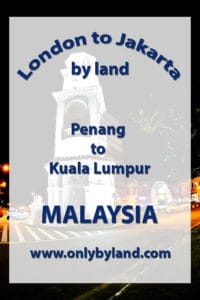 Penang is a city on Penang Island, connected to Peninsular Malaysia by the Penang Bridge.  Penang offers the following points of interest for tourists and photographers;

For my stay in Penang, I stayed in Hotel Penaga which has a private Jacuzzi in each room and is located in the UNESCO world heritage city of Georgetown.  There are many hotel options in Georgetown, for all budgets. 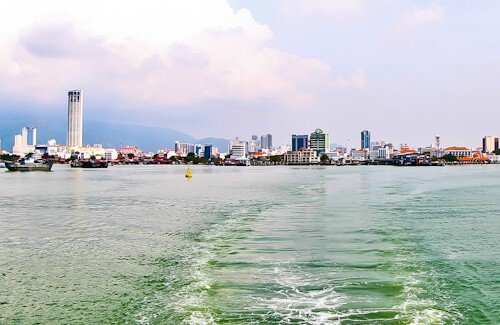 If you arrive in Penang at the bus / train station in Butterworth then you’ll need to take a boat on the Malacca Strait to Georgetown.  As you take the boat you get a wonderful panoramic of Georgetown and Penang Hill (above).  The tallest building on the Island is the Komtar Tower, it’s also the sixth tallest building in the whole of Malaysia.  What’s unique about the Komtar is that there is a viewing platform on top of the building so you can take clear images of the city without the reflection you get from photographing through a window.

Weather permitting, you can take the funicular up Penang Hill for a view of the city.  To get to the funicular, I recommend taking the bus from the Jetty, bus number 204, don’t be afraid to ask people for advice, they speak good English in Malaysia.  I would avoid taxis altogether as they all overcharge, you won’t find one taxi that is willing to use the taxi-meter. 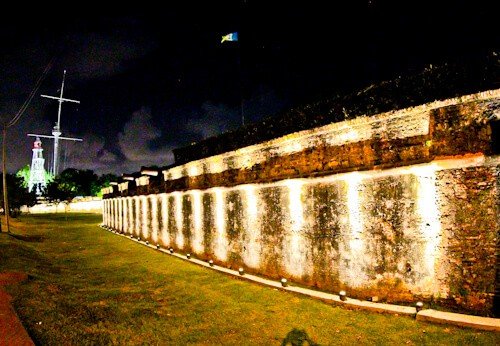 Fort Cornwallis is the largest fort in Malaysia and dates back to the 18th century.  The British East India Company used Penang Island as a base / stop over point for its spice and silk trading route.  They built Fort Cornwallis to protect the island from Pirates or foreign military forces at the time.  The fort is named after Charles Cornwallis who was Governor General in Bengal at that time.

Opposite Fort Cornwallis is the Swettenham Pier Cruise Terminal where you can take the ferry to the beautiful Island of Lang Kawi. 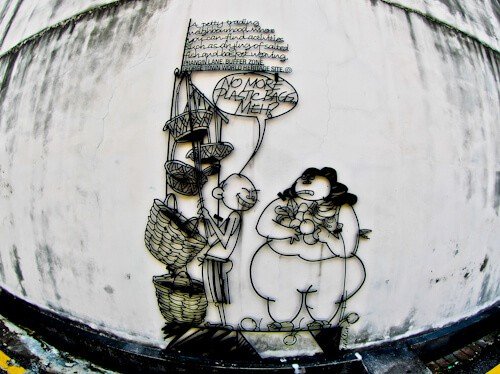 Throughout the UNESCO world heritage site of historic Georgetown you’ll find lots of street art, famous examples include 2 children riding a real bike (which is chained to the wall).  In another area you’ll see a boy reaching up to a real hole in the wall, he is stood on a real chair chained to the wall which is part of the artwork!  A unique style of street art you’ll find all over Georgetown is the wrought-iron street art (above) each of them tells a story about Penang. 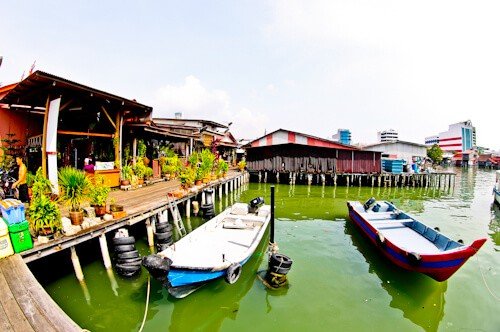 Whilst in Georgetown it’s worth taking a walk down the Chew Jetty.  The Chew Jetty consists of houses on stilts built over the Malacca Strait.  The construction of the Chew Jetty started in the 19th century by Chinese immigrants with the surname Chew.  You’ll see lots of shops selling clothing, souvenirs and ice-creams on the jetty, this must be a good source of income for the people living here nowadays. 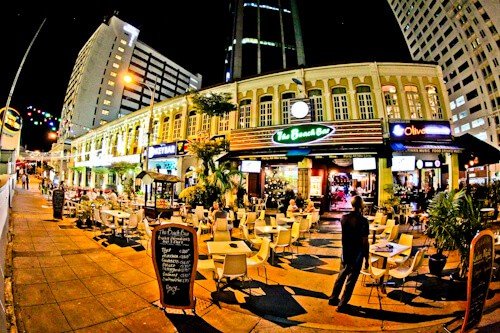 At the end of Penang Road are several restaurants, bars and clubs.  You may have noticed I didn’t share any photos from the funicular to Penang Hill, the reason for this is because I was up late drinking and did not make the journey!

I recommend foodies head to Gurney Drive to enjoy street food from one of the endless street food stalls located there.  For those missing home there are several western chain restaurants located on Gurney Drive including TGI Friday’s and Nando’s.  The walk on the promenade is a beautiful walk, just don’t take the walk midday when it’s super hot. 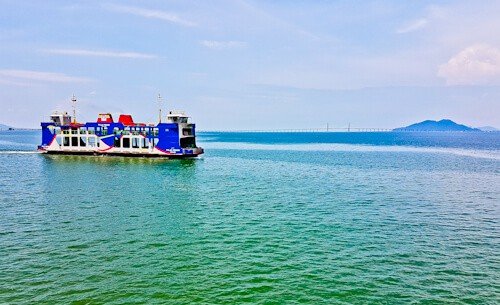 Ferry from Georgetown to Butterworth – RM3

To get to the Penang bus / train station you must take the ferry from the Pangkalan Raja Tun Uda Ferry Terminal in Georgetown (close to Chew Jetty).  If you take a taxi to the train / bus station then you’ll have to drive all the way out to the bridge and back and it will cost you 20 times the price of the ferry.  I did not see where to pay for the ferry and no-one asked me to pay so my ride on the ferry was free which made the ride over to Butterworth more enjoyable, the journey took about 20 minutes and the pier in Butterworth is joined onto the train and bus stations. 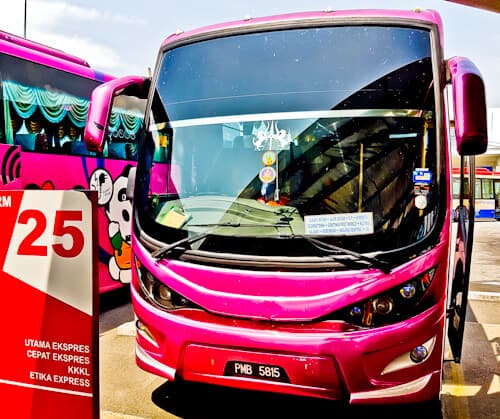 The bus, train and ferry station are located right next to each other in Penang Butterworth.  The bus takes around 4-5 hours to get to Kuala Lumpur and the price is about 30-40 RM.  The bus I took stopped at Ipoh on route to KL Sentral but you can take buses direct to KL Sentral (Kuala Lumpur).