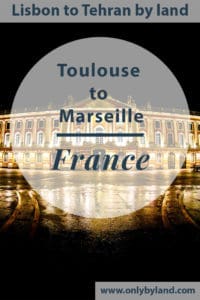 What to see and photograph in Toulouse

Toulouse is a beautiful city in the south of France.  These are notable points of interest in the city center;

I stayed in the Hotel Heliot during my stay in Toulouse.  It’s conveniently located close to the train station and city center. 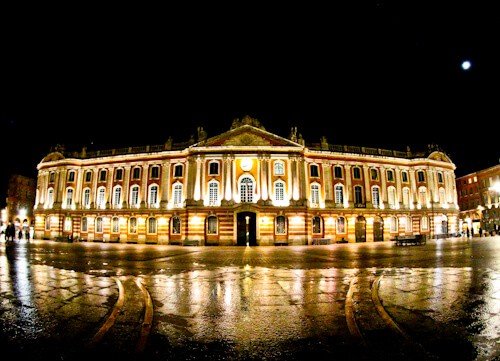 The Capitole is the city hall of Toulouse.  It was originally built in the 12th century but looks completely different today.  The building you see today is of Neoclassical architectural style.  It’s famous for its 8 columns and pink facade.  Each column represents one of Toulouse’s 8 districts (capitoulats).  Toulouse is known as the pink city.  In front of the Capitole building is Capitole square.  Around this square you’ll see lots of pedestrianized streets.  On the square and these streets you’ll find lots of shops and restaurants.

A good time to photograph the Capitole is after rain.  I photographed it after they washed the square late at night.  You’ll get a good reflection shot. 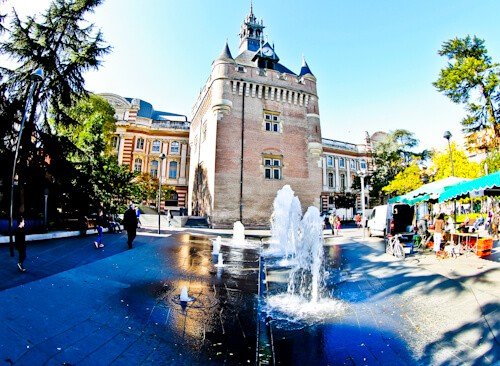 At the rear of the Capitole you’ll find the Donjon du Capitole.  The Donjon is known in English as the Archive Tower.  It is the oldest surviving structure of the original Capitole and dates back to the 16th century.  Today this building houses the Toulouse tourist information office.  If you are traveling to Toulouse with kids they will love the water fountains. 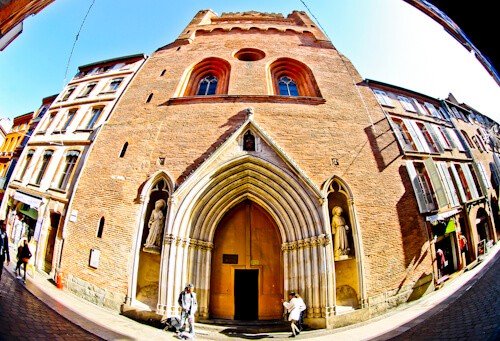 There was a martyr in Toulouse called Saint Sernin.  Saint Sernin refused to worship the local gods.  As punishment he was dragged by a Bull from the Capitole until he became detached at where the Notre Dame stands today.  Of course he was killed whilst being dragged all this way over stone steps.  The Notre Dame is built on this spot in his honor.  The street is now called Rue du Taur (bull street).  It’s a pedestrianized street full of cozy cafes. 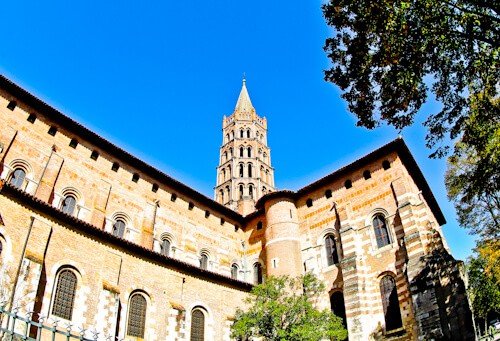 At the end of Rue de Taur is the Basilica of Saint Sernin.  This is the only UNESCO site in the city so a must see.  You can see the spire from most parts of the city.  It is the largest Romanesque building in the world.  Inside the basilica is a Baroque sarcophagus with the remains of the saint.  This basilica is a major part of the Santiago de Compostela route to Spain.  You may see pilgrims here with a long walk ahead of them. 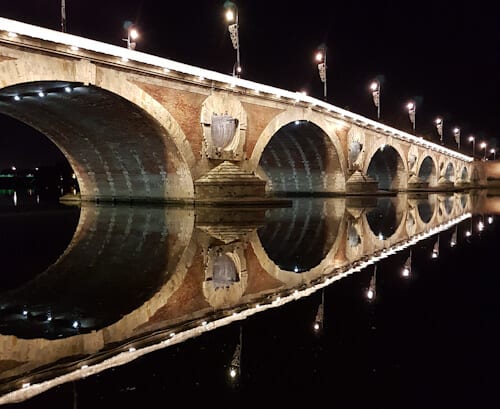 Pont Neuf crosses the river Garonne and is known in English as New Bridge.  Construction of the bridge began in the 16th century.  It took over 100 years to complete.  The arches of the bridge are not even.  They were originally designed to look like a lion but this never happened.  During both the day and night you can take perfect reflection photographs of the bridge.  Just to let you know how perfect the reflection is, the above shot was taken with my phone. 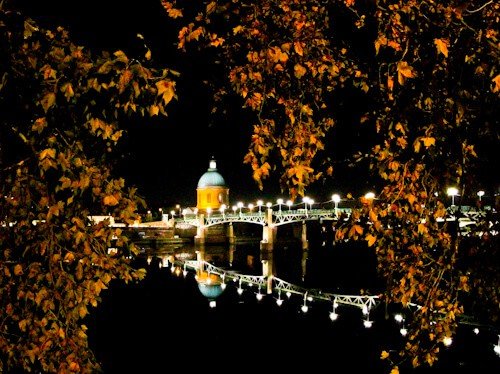 The original Pont Saint Pierre was a suspension bridge built in the mid 19th century.  It was recently completely destroyed and rebuilt.  Like the Pont Neuf alongside it, it crosses the Garonne river.  During the day and night you can make perfect reflection shots here. 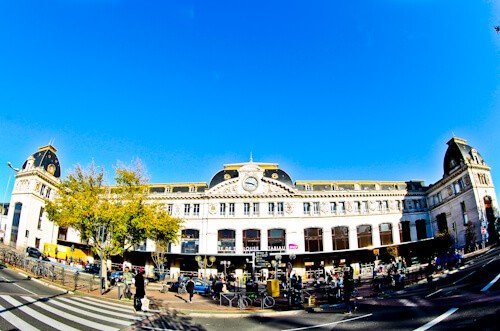 How to get from Toulouse to Marseille by bus 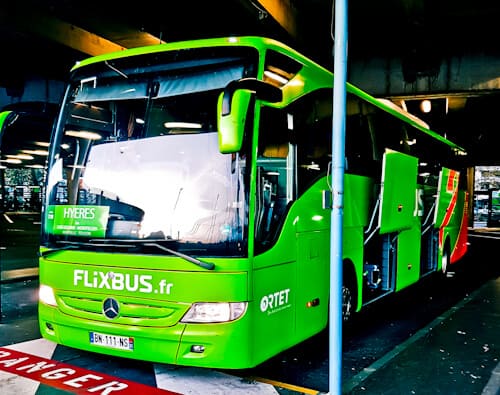 The bus station is located alongside the Toulouse-Matabiau train station.  Like in Bordeaux you’ll be leaving from close to a Gustave Eiffel related structure.  The Flixbus to Marseille takes 6 hours.  It stops at Montpellier on the way in case you want to visit this city too.  As always you get free WiFi and power to charge your phone / tablet.