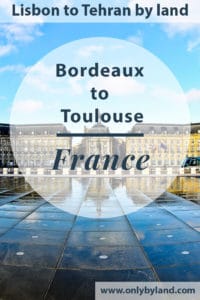 What to see and photograph in Bordeaux

The historic center of Bordeaux is a UNESCO site.  Here are a few of the points of interest of Bordeaux;

Hotels in Bordeaux are on the expensive side, good luck finding a good deal. 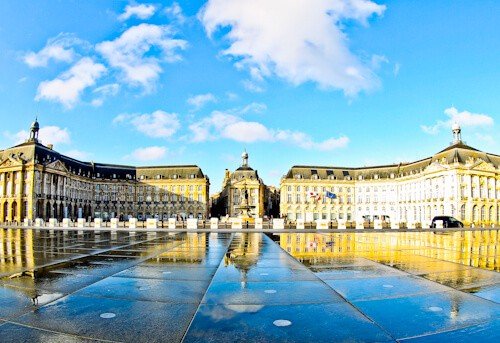 Place de la Bourse is the iconic building of Bordeaux.  It is a very Instagrammable building.  What makes it so Instagrammable is the reflecting pool opposite.  The reflecting pool is located between the road and the Caronne river.  It’s known in French as ‘le miroir d’eau’.  The pool will regularly fill up and drain water throughout the day.  When the water is drained from the pool it’s your chance to get the perfect reflection shot.  If you take this shot late evening with a tram going past I’m sure it will do well on Instagram.

During the night the pool will not fill up with water.  Don’t go early morning for sunrise expecting a reflection! 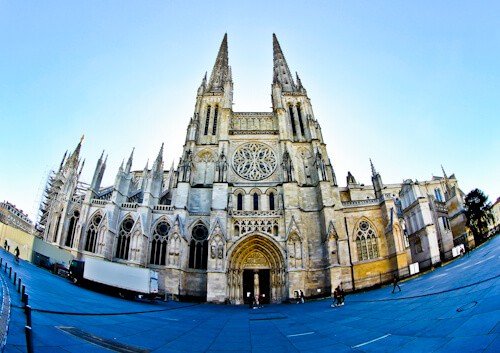 Bordeaux cathedral dates back to the late 11th century.  It’s architectural styles are a mixture of Romanesque and Gothic.  In the days when the French had a royal family, King Louis VII got married here (before he was king).  I found this cathedral to be more beautiful than the Notre Dame in Paris.  There are a lot less people visiting it too so it’s also more peaceful.  It’s part of the UNESCO historic center of Bordeaux. 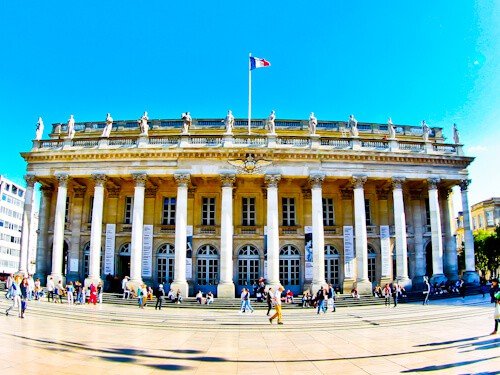 The Grand Theatre de Bordeaux was completed at the end of the 18th century.  It was designed by Victor Louis who also designed famous landmarks in Paris like the Comedie Francaise.  There are often opera and ballet performances in the theater.  The theater is one of the oldest original wooden opera theaters remaining in the world today.  Even if you’re not going to watch a show it’s worth checking out the exterior with the 12 statues lined on the roof. 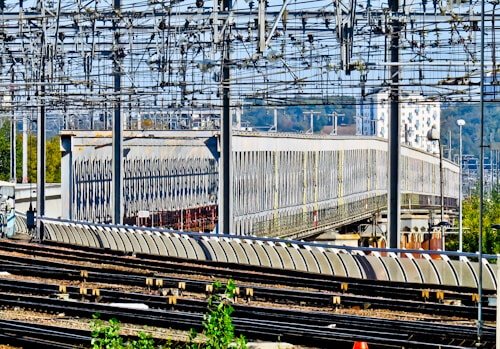 The Eiffel footbridge was the first major project of Gustave Eiffel.  Construction of the bridge crossing the Garonne river was completed in 1860.  The bridge has survived both world wars.  It was going to be destroyed recently but Bordeaux risked losing its UNESCO status if this happened.  It has since had each end chopped off and lays there abandoned.  This is a shame as Gustave Eiffel is arguably the most famous architect in the world.  It’s interesting to see where he began on his journey to creating the Eiffel Tower. 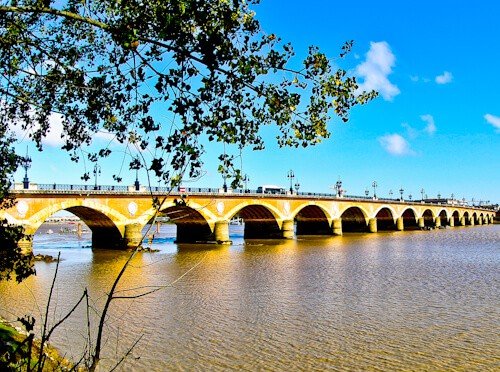 A bridge you can still use today is Pont de Pierre.  This is known in English as the Stone Bridge.  The Stone Bridge was completed in 1822 making it the first bridge to cross the Garonne river.  The bridge has 17 pillars which is the same number of letters in the name, Napoleon Bonaparte.  The white medallions on the each side of the bridge are there to honor him.  I must confess I would have preferred to cross the Gustave Eiffel bridge! 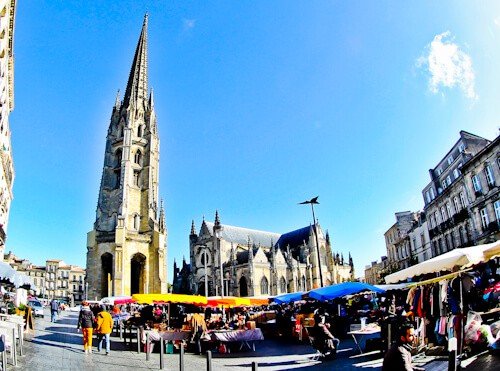 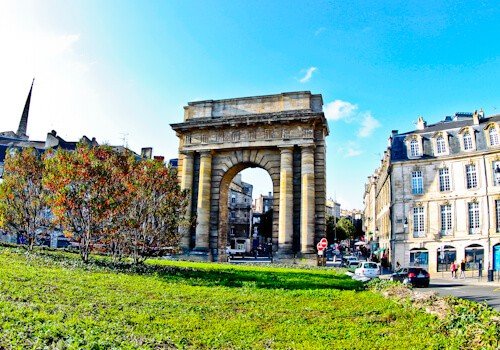 The Burgundy gate is known in French as Porte de Bourgogne.  It was completed in 1755 and is historically the main gate to the city.  It met the old road from Bordeaux to Paris.  It is similar in design to the Arc de Triomphe in Paris. 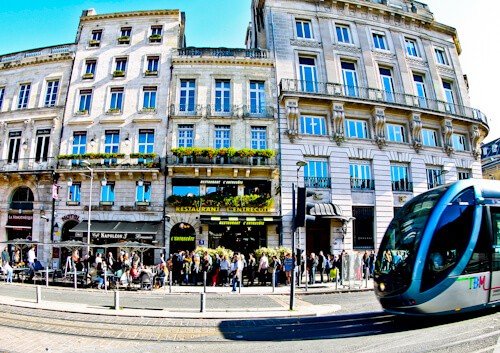 Around Bordeaux you see lots of 19th century mansions.  You’ll also see lots of trams transporting people around.  These 2 things make a good combination for Instagram photography.  If you’re going out of the city center you may need to board a tram.  It’s possible to reach the Bordeaux football stadium by direct tram from the center.  There are direct trams to the train station which you may not want to walk to with your luggage. 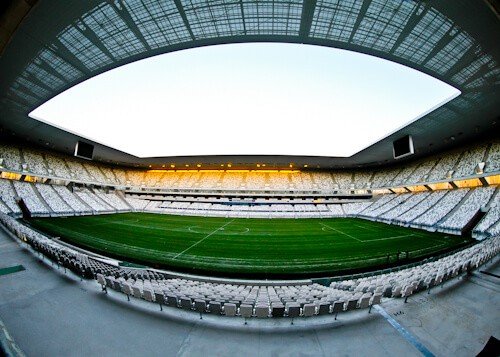 Bordeaux is the home of a famous football stadium.  The French Ligue 1 team Bordeaux play here.  The full name of the football team is FC Girodins de Bordeaux.  They are recent Ligue 1 winners.   Famous French players such as Zinedine Zidane and Eric Cantona have played for Bordeaux.  The stadium is called the Matmut Atlantique.  It hosted some games in Euro 2016 including the quarter final between Germany and Italy.  If you are lucky Bordeaux will be playing at home when you visit.  If not you can take a stadium tour.

How to get from Bordeaux to Toulouse by bus 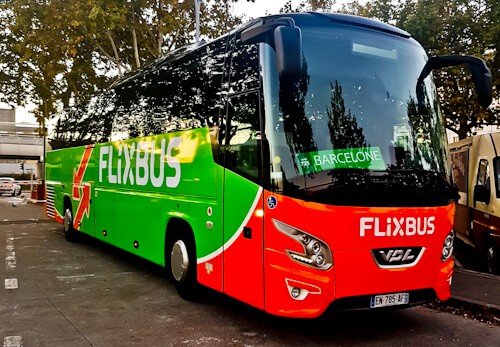 The Flixbus stop is very close to the Eiffel footbridge.  If you didn’t get chance to see it yet then whilst waiting for your bus could be the best time.  The journey time to Toulouse is around 3 hours.  A ticket costs about the same as a French baguette which is great value.  As always there are plug sockets and free WiFi so you can stay connected the whole time.